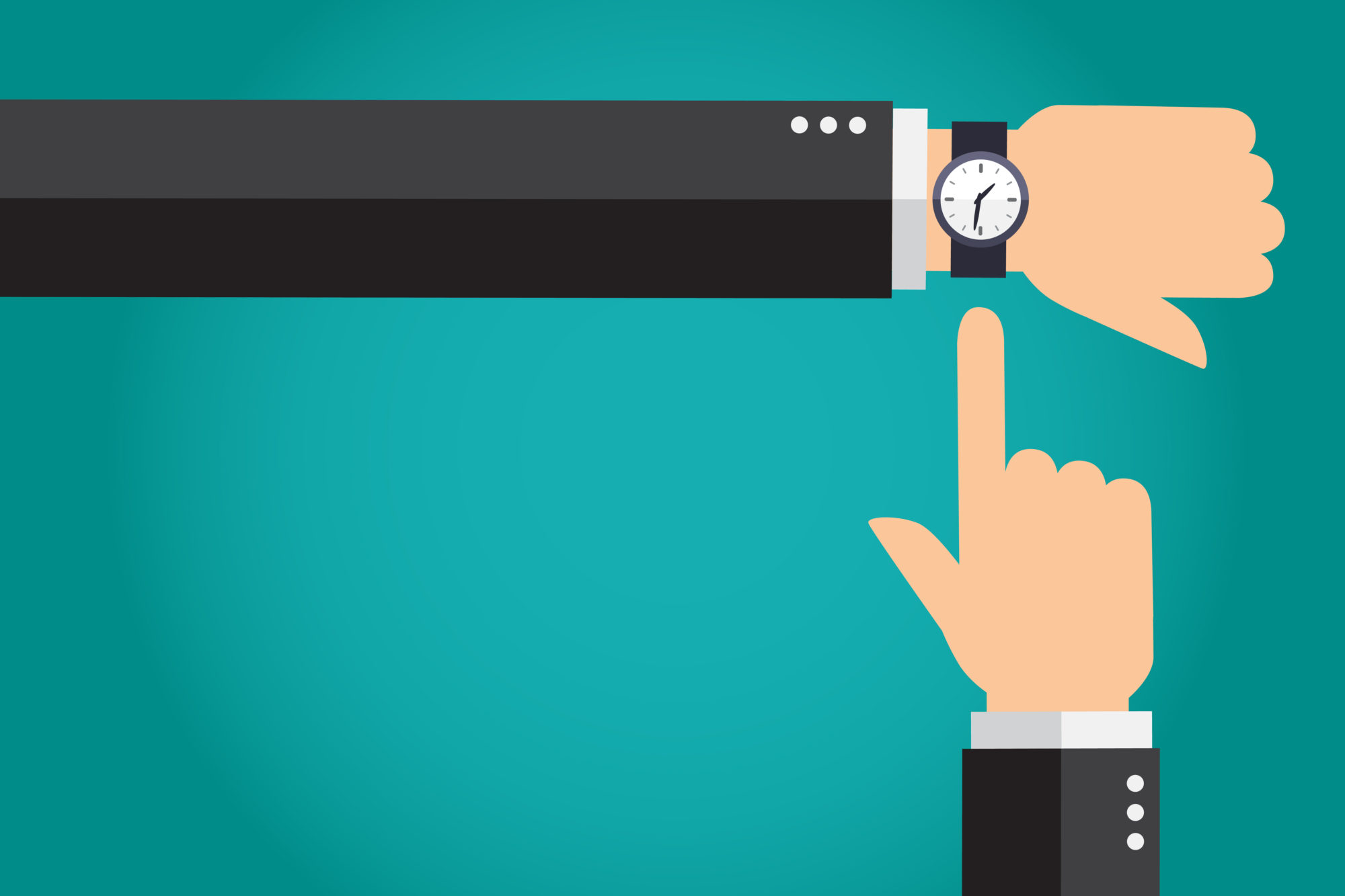 Punctuality is so basic a business skill that very few ever discuss it. You shouldn’t have to be taught how to be on time, seems to be the thinking.

And yet, so few people manage to be reliably punctual. Think about how many really smart, really successful people are chronically late. Years ago, one British consulting group surveyed 2,700 chief executives in nine countries. Japanese CEOs were most likely to be on time, with 60% hardly ever late, while French chiefs were most tardy, with just 36% saying they usually were on time. Just 37% of US execs said they were punctual; Canada wasn’t surveyed, but I’d bet it’s similar to the States.

Punctuality is important. It’s the single biggest criterion by which airline customers assess their satisfaction with an airline. In fact, 47% of passengers say the single most frustrating thing about air travel is late arrivals and departures.

I view punctuality as one of my key skills. I’m never late. Because people say, you never have a second chance to make a first impression. Whether you’re on time is the beginning of your first impression. Being on time is a statement—that the person with whom you’re negotiating is important to you.

So how do you do it? How can you be reliably on-time? Being punctual requires three easy, simple things, and one comparatively difficult thing. You’ve already done the first of the easy things: You’ve recognized the importance of punctuality. Here’s the second, easy thing:

To be consistently punctual, you have to plan. I am constantly thinking about my calendar. Here is a picture of my desk:

See that screen over there to the right? My calendar fills up the whole of that screen. Always. So I can glance at it whenever I need to adjust my schedule. And I’m always thinking about my schedule.

On top of that, every Sunday evening, after dinner, I set aside time to work through my calendar for the week. I consider every meeting on the schedule. Because things are apt to change through the course of the week, I also do a quick version of this same routine every evening.

For each meeting on the schedule I ask the following questions: What, where, how, how long and when. Say I’m pitching a new client at 9:00 a.m.

Where is it? In her office building downtown.

How am I going to get there? By car.

How long would that take? Maybe 30 minutes including parking.

So when should I leave? Ah — let’s deal with that in the next section.

Prepare for the unexpected

Always allow more time than you think you’ll need to travel to an appointment. Because having a plan isn’t enough on its own to ensure punctuality. You also have to build in contingencies.

Traffic is never an excuse.

Nor is getting a flat tire.

Or the subway had a malfunction.

Figure out how long it would normally take you to get from one meeting to another. Then, prepare for the unexpected by doubling your anticipated travel time. So for my 9 a.m. client meeting I’d hope to arrive by 8 a.m. to the office building, to allow me time to respond to emails that came in the night before. Getting there amounts to a 30-minute commute. Double that, and I’ll leave at 7 a.m. for my 9 a.m. client meeting.

Become OK With Being Kept Waiting

And you have to become OK with that. In fact, hopefully, you learn to love it. Because you’ve made it productive.

Technology makes it possible these days to work anywhere. By arriving early to a meeting, you’ve just created some free time for yourself. To catch up on emails. To make calls. To clear items from your task list. Use that extra time to get stuff done!

Punctuality is something very few people consider as a business skill. But hopefully I’ve convinced you that it’s one of the most crucial abilities you’ll develop as you build a career and a personal brand. You’re the person who arrives on time. And as such, you’re the one delivering simplicity to your colleagues, your bosses, your clients and your family.