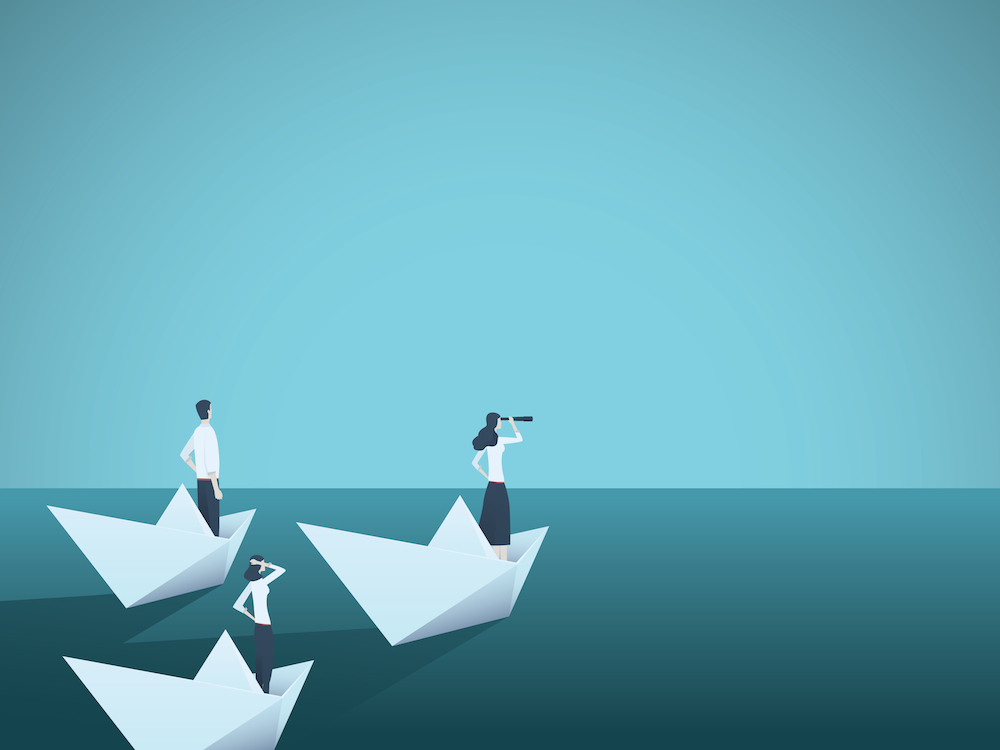 There’s no one-size-fits-all approach to leadership.

I’ve found myself in leadership positions starting from a very young age.

As a kid, I was a Boy Scout leader. And in Finland, where I grew up, military service is mandatory, so when I was 18, I went through Air Force officer training. Then, at 22, I managed employees in an office.

If I learned anything about effective leadership through these experiences, it’s this: leading people toward a common goal is tough. Nothing shows you your limits as quickly as being in charge of the direction of the ship, and you realize you don’t know nearly as much as you thought you did.

But I also learned that there’s no one-size-fits-all approach.

In my experience, effective leadership all comes down to your willingness to put others before yourself. It also involves a keen awareness of your strengths and weaknesses. Here are some of the key attributes that separate the great leaders from the merely good:

1. How well you can get people to do things they otherwise wouldn’t.

There are so many definitions of leadership, but my favorite is Dwight D. Eisenhower’s.

During a 1954 personnel administration conference, the late president and former general said: “By leadership we mean the art of getting someone else to do something that you want done because he wants to do it, not because your position of power can compel him to do it.”

It’s no secret that some of the most effective leaders out there have used their powers for evil—like in a cult, for example.

Hear me out: If you can convince people to give you all their money and move into the woods, then you’re probably a pretty powerful leader. It’s easy to focus on the dark side, but the logic is still the same. These morally questionable people are skilled at getting people to do things they wouldn’t normally have done.

When I was in the army, I initially struggled with telling people what to do. But over the years, I realized the most effective way to get people to do things is to help them see the big picture and understand how that falls into what we were trying to achieve. By helping them get a sense of the larger strategy, you can motivate people to do something they wouldn’t otherwise do.

The same holds true in business. The best company leaders can motivate their teams to push through the tough stuff.

2. Your ability to train your weaknesses and elevate your strengths.

It doesn’t matter who you are—everyone has skills that come naturally to them and skills that need improving.

In order to be an effective leader, you must be aware of both.

My biggest strengths as the CEO of a wellness company, Four Sigmatic, include a strong domain expertise and vision for where the industry is going.

My biggest weakness is probably that I’m very blunt. This mostly chalks up to cultural differences, as I’m a Finnish person running an American company. In Finland, we value very direct feedback, which Americans can find a little jarring. So I’ve had to work to alter the way I speak to my team.

I’ve also noticed Americans work best when their good work is noticed. In Finnish culture, we focus more on what we can do better than on celebrating what we’re already great at. But Americans like to acknowledge victories of all sizes along the way.

Because of that, I’ve adapted my feedback style and become a stronger leader simply by being aware of these attributes.

Trust is the foundation of effective leadership. Without it, no one will follow you.

But gaining the trust of your team is easier said than done.

Great leaders aren’t always the smartest or most technically capable people, but they believe in themselves.

Henry Ford is a classic example. He didn’t know anything about building cars, but he knew which people to hire and how to keep them motivated. Likewise, Steve Jobs wasn’t some computer scientist savant—he just had a vision that people believed in. And Muhammad Ali, who traveled the world as an ambassador of peace after he retired from boxing, had no relevant credentials. But he spoke with conviction and people believed in him.

The best leaders know who they are and what they stand for. They communicate their values openly with the people they lead, which creates an atmosphere of reliability.

Remember, good leaders aren’t necessarily born that way. Sure, some people are naturally charismatic, but most leaders worked to become good at it by cultivating self-awareness and trust.

There’s no one secret formula for being an effective leader, but hard work, openness, and honesty go a long way.