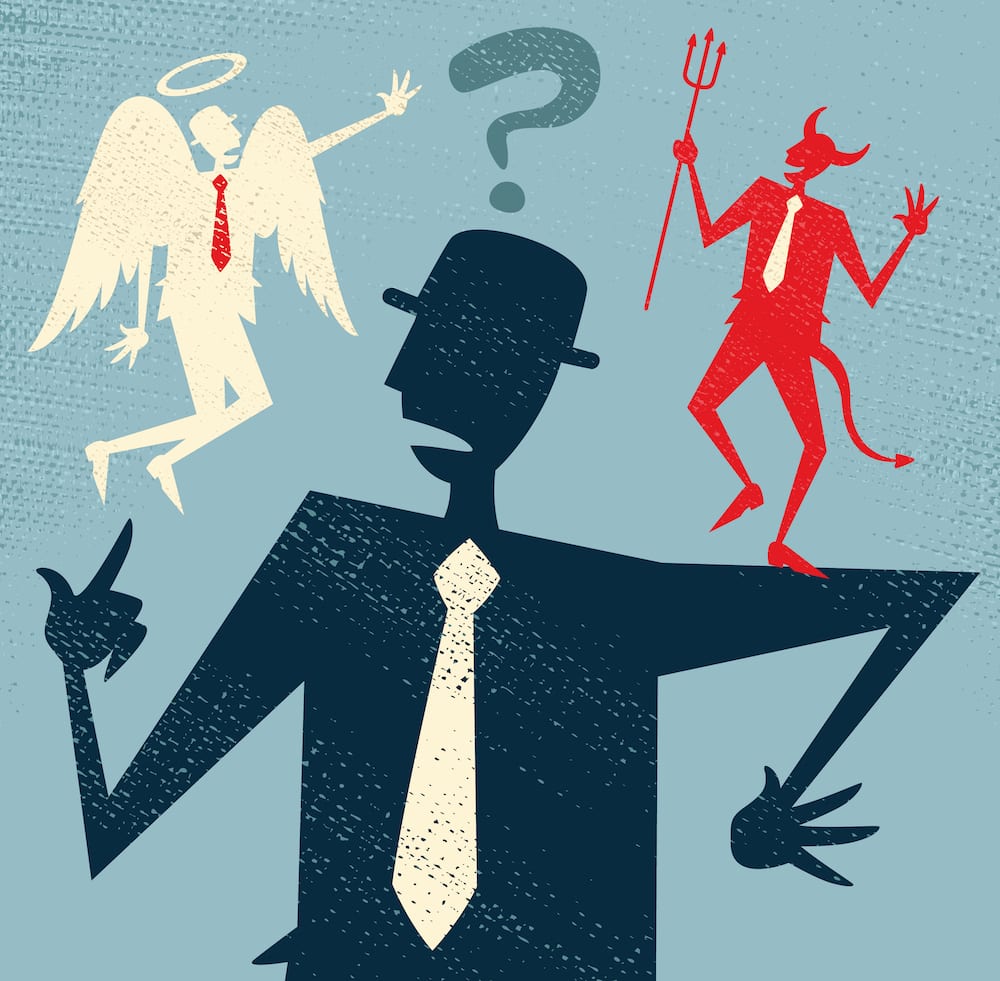 When you think about what “value” means, you might see dollar signs. That’s what many companies think, too.

In an era where social responsibility is increasingly important to consumers, companies are scrambling to showcase their “values” as a way to turn in a profit. There’s a reason so many tech company slogans sound similar. It’s not just that they’re all trying to do the same thing  (make a profit), it’s also that they want to take our attention away from their primary goal—the bottom line.

Take Airbnb’s slogan, “Belong Anywhere,” for example. It sounds great, except belonging isn’t something that can be bought. You don’t “belong” somewhere just because you booked a room for a weekend. And by using Airbnb, you’re also driving up prices, so the people who do belong can’t afford to live there. In this context, “belonging” hollows out real communities, drives illegal businesses, and costs hotel jobs.

The fact is, while some companies actually are here to make a difference, many promises are shallow and empty.

Here are three questions to ask yourself to figure out if your company is really adding value:

What are you setting out to do?

Business leaders often frame value in terms of profits: “We made two million dollars a year, which means we created two million dollars in value.” But your customers’ happiness is a far better gauge of success—and one that too many companies overlook.

In case you haven’t heard the term, customer success is an organizational function that helps customers get the maximum value from a product or service. It requires building a mutually beneficial relationship beyond the initial purchase and focusing on how the company can best serve the customer.

The goal is to make the customer as successful as possible, which in turn improves customer lifetime value for the company.

Customer success should not be confused with customer support. Whereas customer support is reactive, short-term focused, and not a revenue center, customer success is proactive, long-term focused, and generates value and revenue. Amazon understands this well. Instead of simply reacting to problems, they take a proactive approach to ensuring customers are happy by providing a smooth purchasing experience, lightning fast delivery, and a seamless return system.

While most founders just measure output or throughput, they should be asking, “What am I doing for my customer?”

At a recent conference, NYU marketing professor Scott Galloway said we’re seeing the emergence of “woke as a business strategy.”

Put simply, “woke” means being aware of social injustices and taking action to fix them. And today, wokeness isn’t merely confined to online virtue-signalers and activists.

Take the Gillette campaign that aired during the Super Bowl this year, which addressed toxic masculinity and the #MeToo movement, inverting the brand’s famous tagline, “the best a man can get.”

The commercial, which was engineered to go viral, posed a challenge to men: is this the best a man can get?

The ad’s message is a decent one—men have to be better, to one another, and to women. But the ad sparked a major backlash, from women and men alike. Gillette was not only using sexual violence as a selling point, but it was giving fodder to men who choose to paint themselves as victims. If Gillette really wanted to add value, they could donate money to organizations or hire speakers to go into schools to talk about toxic masculinity.

In this climate, I’m skeptical of companies who say they’re adding value, without changing anything about how they do business.

That said, you don’t have to be a company like Toms—which donates one pair of shoes to someone in need with each purchase—to do good in the world. However, you could increase the delivery speed of your product or service. Or focus on thoughtful development, and ultimately the use of your product and its impact.

There are lots of ways to make money, but I’d rather create happiness because that’s how you create long-term wealth. I have two kids, and I want them to grow up in a world that’s even better than the one I grew up in, or a world they can improve.

To me, that’s what value is all about.

Are you too focused on short-term returns?

How many times have you hit a pothole while driving and thought to yourself, How has this not been fixed yet?

The simple answer is, it’s much easier to patch up roads instead of rebuilding them with better materials. But even though slapping a bandaid on the problem cuts costs in the short-term, taxpayers wind up footing a much steeper bill in the long-run.

In reality, it would be better for everyone if the government just spent more money up front.

Companies should operate the same way—but that’s not always what happens. CEOs have a fiduciary duty to their shareholders to show short-term returns, and that means they don’t make the long-term investments needed to keep their company healthy past the next quarter.

But it’s more than possible to be financially successful while focusing on the long-term goals.

Take the world’s richest man. Every year, Jeff Bezos republishes his original 1997 letter to Amazon shareholders, which stresses long-term success over short-term profits. In it, he writes:

We believe that a fundamental measure of our success will be the shareholder value we create over the long-term [….] Because of our emphasis on the long-term, we may make decisions and weigh tradeoffs differently than some companies [….] We will continue to make investment decisions in light of long-term market leadership considerations rather than short-term profitability considerations or short-term Wall Street reactions.

I always say if you gave me four billion in revenue, I can find out how to make that profitable. But I’d rather have no profit at all and a million delighted customers than have loads of profits and three customers who hate me. Everyone wants big houses and shiny cars, but when you focus too much on revenue, it’s easy to lose sight of what really matters.

But if you keep your customers’ needs in mind above all else, and work to provide the outcomes they want and deserve, you’re on your way to creating true value—and making a better world for those who come after.