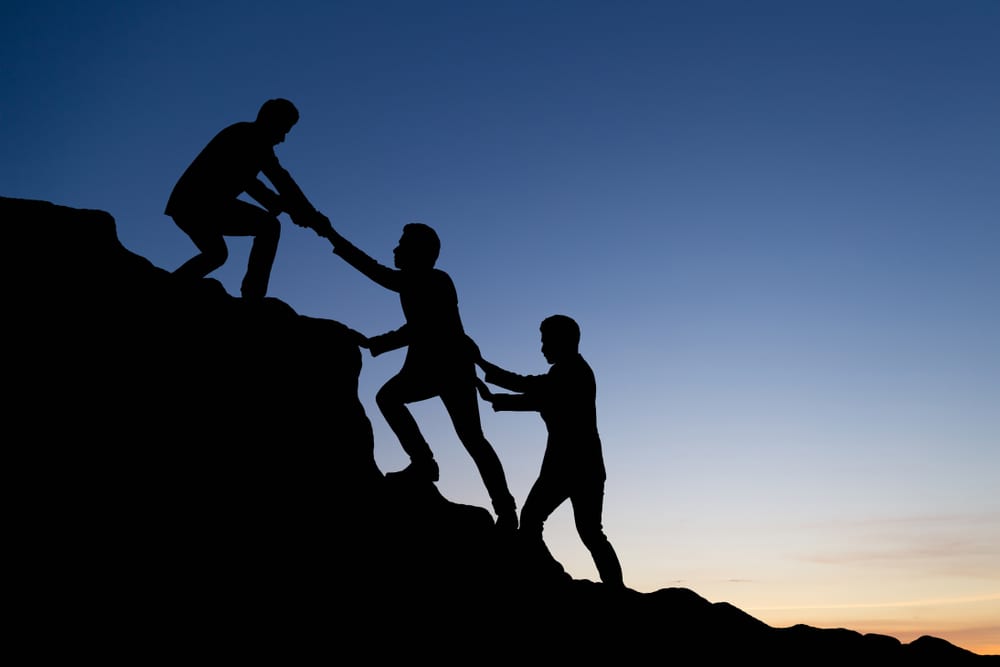 If you search “great leadership qualities,” you’ll find no shortage of articles promising to supply the recipe to fame and fortune.

But a few generic character traits do not a great leader make. I’ve been around the block a few times, and I’ve seen plenty of leadership styles. By now I think I have a pretty good sense of what works—and what doesn’t.

After starting my career in the Marine Corps, I led a Marketing Technology Group at GE Industrial and then joined their first E-business team as their technical architect. After that, I led IT Architecture at Johnson Controls. Then, I took a gig at Microsoft, where I collaborated frequently with many different teams, including the likes of Facebook and Yahoo. At Amazon, I helped create a global content creation group for advertising, and at Hulu, I worked to implement the company’s live TV technology. Finally, I ended up in the startup world. Today, I’m the CEO of Collide—a site dedicated to helping influencers, artists, and other entrepreneurs turn their fans into paying customers of their content and expertise.

These experiences put me in the orbit of some of the world’s most prominent leaders (including a few who weren’t the best examples), and showed me what it really takes to manage at the top.

Here’s what I’ve found all the best leaders have in common:

Show up the same person every day.

If I had to name the single most important trait that makes a great leader, it’s consistency.

If you’re consistently assertive, your team will get used to it and know what to expect. But if you’re mostly passive and bold only on occasion, they’re more likely to be on edge when you show up.

Consistency — whether positive or negative — provides the business, its employees, and shareholders with a known quantity.

More than anything, people respect and admire consistent leaders.

After all, every business is different and has different needs. A company that’s growing quickly might need a ruthless manager to cut the excess. Another might have a culture that requires an empathetic leader. And yet, another business might need an innovator to inspire the team.

Whatever the needs, an effective leader caters to and tackles them head-on. And when they can consistently embody the unique traits that make the company run, they inspire faith in shareholders and employees alike.

Ultimately, your team needs to know what to expect—and consistency is a must.

Know how to manage office politics.

By definition, leaders would not exist without their team.

But, like it or loathe it, office politics are a fact of any team. They arise when differences of personality and opinion become difficult to manage. Circumstances may change over time, but, chances are, office politics will never disappear entirely. This means you need to develop strategies to recognize and understand political behavior and build a strong and supportive network to reduce it.

You can help to make a workplace more positive by refusing to fuel negative politics. Avoid spreading rumors and choose carefully what you reveal. Remain professional at all times, and don’t take sides or get sucked into arguments.

Here are a few pointers to help you navigate office politics like a boss:

When conflict arises, I sometimes wish my employees had thicker skins. But then I shift my focus to ensuring their skin is resilient enough that they can weather the bad politics. I do this in part by reminding everyone that there doesn’t have to be a winner and a loser. It’s possible to find a solution that satisfies everyone—and compromise helps propel both work relationships and products forward.

Office politics are a reality that we all have to face. And all too often, leaders don’t know the difference between healthy and unhealthy office politics—and they fuel the fire even more. But knowing the difference separates the great from the merely good leaders.

All good leaders know when and how to step in.

Don’t apologize for who you are.

To be a great company leader doesn’t mean you’re great in all aspects of your life.

If you look at some of the best leaders of the past 200 years, a lot of them were plagued by their  indiscretions—from scandals to affairs to general bad behaviors. And it’s compounded in this day and age, with smartphones and the 24-hour news cycle. Just look at all the media generated over Bezos’s love affair this year.

But the greatest leaders I’ve ever known are unapologetic on their views and behavior. Bezos, for example, took to Medium.com to own his actions and accuse The National Enquirer—who leaked the story—of extortion and blackmail. The post went viral almost immediately.

As The Atlantic concluded, by getting on top of the story and giving the leak context: “He’s been the star of a news cycle far more positive than any for him or his company in recent memory.”

Bezos’s response shows that real leaders own who they are, and reap the rewards.

When you’re are secure in who you are, it reassures your team, the public, and shareholders alike because they know what to expect.

Own a room when you need to.

A real leader knows how to be the focal point for all eyes, ears, and brain power among a group of people when needed or expected.

Most people would be surprised to know this, but learning to own a room was hard for me, as I’m an extreme introvert. I grew up a swimmer, and my head was underwater most of the time.

Today, the confidence others see in me is partly due to my career as a Marine—but it’s also from years of working to overcome my shyness.

For example, when I was at GE, I went to a leadership class with 50 other executives. In one of the sessions, each participant was given a card with a topic to speak on, an emotion to evoke from the crowd, and just five minutes to prepare.

My topic was a personal experience to show you’ve overcome something, and the emotion was to get people to weep or cry. Since I’m not the most outgoing guy, this seemed a little more than daunting.

But I pushed my nerves aside and shared a deep and difficult personal story. By the end of my allotted five minutes, I had the whole room crying. Later that night, after reliving my story, I was a mess, but in the moment it was actually easy for me to talk about it. I was more focused on the task at hand—figuring out how to make others feel that sadness—than I was about my own feelings.

In other words, projecting emotion and confidence is a lesson that can be taught. Same with most aspects of strong leadership, like diplomacy, consistency, and interpersonal skills. And don’t forget that the best leaders give others plenty of space to shine, too.

If you can show up (and be consistent), carefully navigate the politics, own the room when the situation calls for it, and be the best version of yourself you can be—you’ll be able to lead thousands.