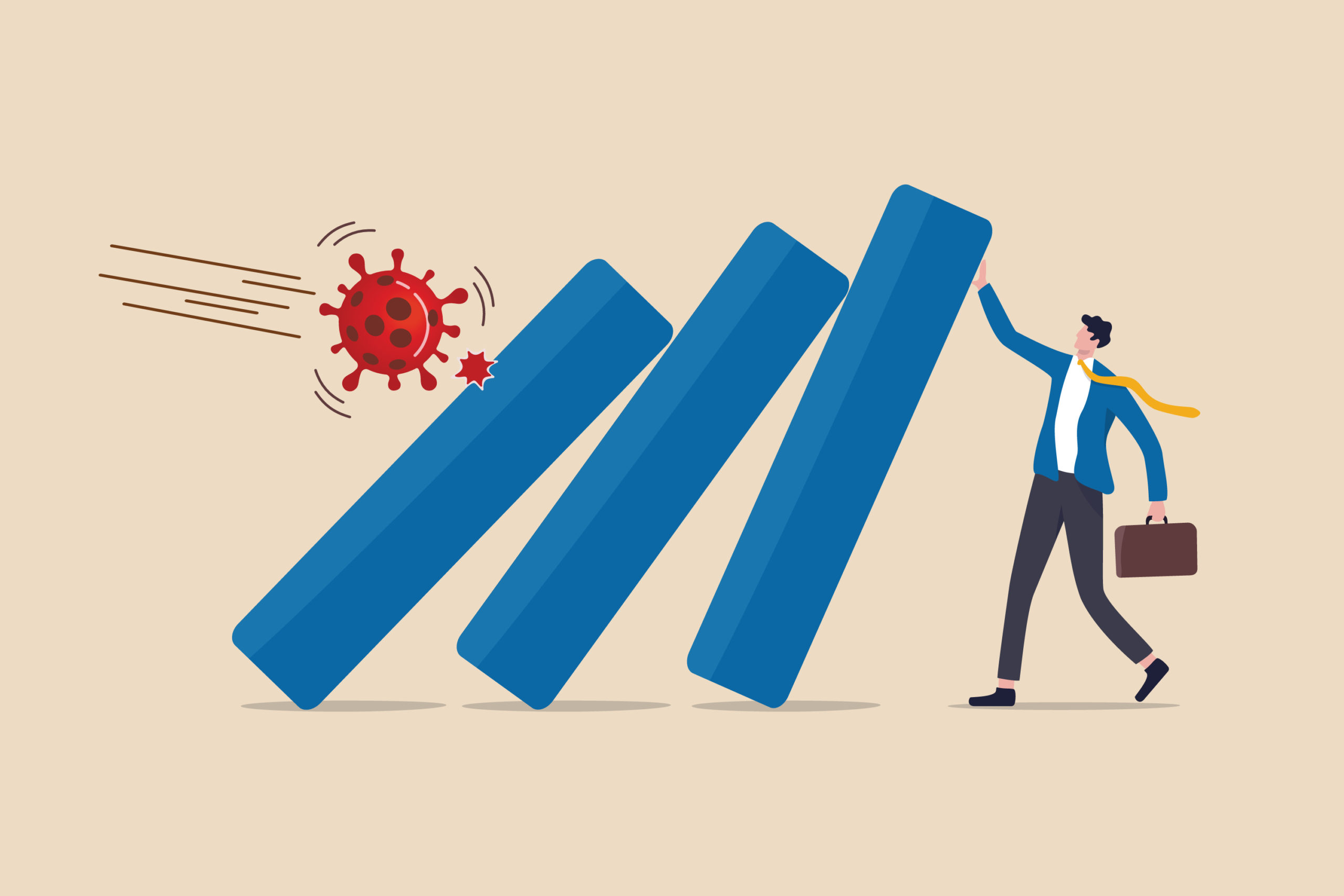 Since the start of the coronavirus pandemic, more than 30 million people have filed for unemployment.

Despite the fact that unemployment seems to be slowing (11.1% as of June), according to the Bureau of Labor Statistics, we are still a long ways away from a stable economy. In fact, CNBC recently reported that more than 1.1 million Americans are already receiving unemployment benefits from the Pandemic Emergency Unemployment Compensation fund created through the CARES Act. This provides an additional 13 weeks of financial aid beyond the stimulus checks already provided.

And I believe this number is only going to go up.

The brutal reality is, right now we are in a dark situation. We are experiencing faster and deeper unemployment than we’ve ever had in our country’s history with very little else we can do besides making sure people suffering the hardest economic strain have money in their pockets. The unfortunate consequence of this, however, is inflation, rock-bottom interest rates (good for short-term economic growth, bad for investors looking for low-risk ways to turn a profit on their money), and a devaluation of the American dollar.

1. Who Will Be Affected The Most By The Coronavirus Economic Crisis

However, the majority of these job losses are going to be temporary. These industries will rebound, however even more so than the virus itself, what will inhibit these industries from fully recovering is going to be people’s sense of fear from the virus. While cases continue to rise, we are showing signs that we will be able to manage this new way of living through different practices like wearing a mask, social distancing, and/or other scientific innovations.

Unfortunately, small and medium-sized “Mom and Pop” businesses are going to have a very hard time making it through to the light at the end of the tunnel.

In these industries especially, where say restaurants operate on razor-thin margins and most amateur chefs can barely run their kitchens at a profit, the coronavirus is going to be a major blow to this demographic of each industry. Same with retail. Same with grocery stores. For example, if you are a McDonald’s or Domino’s Pizza, most customers don’t want to sit in those restaurants to eat anyway. They will take a modest hit from a retail perspective, but a year from now (or sooner), I’d be surprised if they weren’t doing even better as a result of the pandemic.

Nice, local, farm-to-table neighborhood restaurants, on the other hand, are going to struggle. And the reasons are because they don’t have a lot of liquidity, they don’t have wealthy investors who see a path forward, they can’t afford to truncate their customer base and implement social distancing and still have margins to operate on. They are stuck.

Then, on the upper end of the spectrum, the high-end restaurants in San Francisco, New York, LA, etc., will also make it through. They will survive because they have a wealthier customer base, and those customers will happily pay an extra 10 or 15% to go to that restaurant, have a little banquet room of their own, and accept the premium in order to have a nice night out. These restaurants will also be the ones to capture the business activities and dinners that inevitably return back into the market.

Now, will both corporate chains and high-end restaurants lay off some staff?

Yes—and they’ll probably find a significant amount of efficiencies in their businesses as a result.

Which means the middle class, once again, will be hit the hardest.

2. “Hollowing Out The Middle”

Over the next decade, we are going to witness a continued hollowing out of the middle class—which has unfortunately been the theme of our country for the last 30 to 40 years.

The coronavirus pandemic has already been credited with catalyzing decades of technological innovation and business evolution in a matter of months. Companies that never thought they could survive remotely have since moved 100% remote—some, like Twitter, even pledging “remote forever.” More and more businesses are investing in digital transformation, incorporating new technologies into outdated business practices. More automation. More open integration. More, faster, better.

As a result, we are going to end up as a society that has successfully accelerated this transformation, ultimately benefiting people who are educated and/or who have certain skill sets. The people who don’t, or who aren’t as educated, or aren’t starting from a well-capitalized position in society, are going to be at an even greater disadvantage five years from now than they are today. We are going to move further away from people-oriented businesses, and we are going to move faster in the direction of tech, machine learning, and automation.

All the companies that furlough or lay off employees in this period most likely won’t offer those jobs back. Not because they can’t—but because they realized they didn’t really need them in the first place.

The big question is, how do you prop up an economy during a time like this?

Our short-term solution has been for the Fed to inject $6 trillion in the U.S. economy, issue short-term loans to businesses, and $1,200 payments to everyday Americans. The idea here is that if people have money in their pockets they can spend on food, shelter, and monthly bills like cell phone and car payments, then the economy won’t collapse.

Unfortunately, this doesn’t solve for the larger trend, which is the “hollowing out of the middle class.”

The divide between the “haves” and “have nots” is going to grow, which is going to force a conversation around universal basic income. The sad reality is that we have evolved into a society where our economy just doesn’t need as many people as it needed in an industrialized economy. As a result, we have an excess population relative to the capacity of productive work we can give these people. This is going to make it very difficult for the unskilled cohorts in the middle and near the bottom of the totem pole.

The concept of universal basic income then becomes a short-term answer to a much larger, more existential question: when enough jobs are no longer relevant for human beings, what happens to the majority of the world’s population?