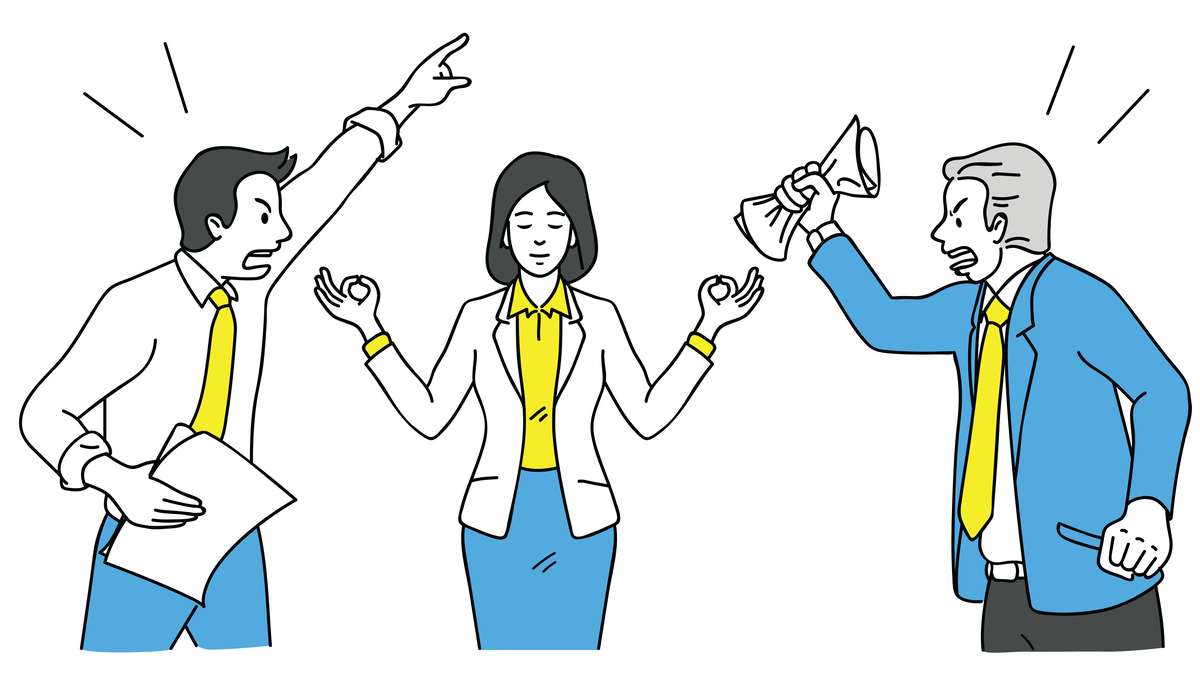 Most tough conversations at work tend to revolve around performance or business strategy issues.

While these discussions are certainly never fun, some people handle them better than others. A relatively calm and constructive conversation with one person might be tense and unhelpful with another. As a manager, you can’t always know what you’re walking into.

Regardless of how you think the conversation might go, you don’t want to imagine the worst and psych yourself up for battle beforehand. Instead, your preparation should be about how you’ll find common ground and end the conversation amicably.

As the CEO of a fast-growing startup, I’ve had my share of tough conversations over the years—and I’ve learned to keep cool by taking a few crucial steps.

Give everyone involved a heads up.

The benefit of initiating a tough conversation is that you have time to prepare. You can mentally rehearse your talking points and put yourself in the right frame of mind.

That said, it’s your responsibility to set expectations and give the other person involved time to think over the conversation. It can be something as quick as, “Hey, I want to sit down in our next one-on-one and talk through the feedback from your 360 review. I want to hear your thoughts and share my own.”

With the right preparation, the person you’re talking to won’t be completely caught off guard by the conversation—but it does happen. If someone is blindsided, expect an initial emotional reaction instead of a thoughtful discussion.

Even if you can’t always give a heads up, remember that a tough conversation always goes better if you both know you’re having it when you sit down.

Work together to find common ground.

It can be useful to view a tough conversation like a negotiation—you’re trying to find some common ground on a difficult issue.

First, figure out what both people can come to a consensus on, and then delve into the areas where you may disagree. For example, if you’re having a conversation about performance, you can frame it as, “My goal is to make you the most successful leader you can be. Today, I want to talk about all the things you’re doing really well, walk through some of what I’ve heard from the team, and then give you my feedback on how you can continue to grow as a leader.”

Position the conversation as the two of you working together to find a solution, rather than placing some blame or burden on the other person.

Stop the conversation if the situation spirals.

Not all tough conversations I’ve had went as well as I would have liked.

The reality is that hard conversations are emotional. People become aggressive. Voices get raised. And when one party reacts strongly, it’s very difficult for the other person not to elevate and match that level of aggression.

Suddenly, you find yourself in a totally unproductive conversation that’s gone off the rails.

Looking back on the times I’ve lost hold like that, I wish I would have just stopped the conversation and said, “Now doesn’t feel like the right time to finish this discussion. Let’s both take some time to regroup and continue this tomorrow.”

Some people will push to finish the chat regardless. But if you feel like you’re no longer having a rational discussion, then it’s time to let everyone cool off before carrying on.

Ask a ton of questions to get clarity on a situation.

Our personal and work lives are more intimately connected than we think.

We all have moments when we feel unhappy and disengaged at work because of something in our personal lives. So, when you are having a tough conversation with someone, it’s important to spend a lot of time asking questions and really listening to their answers.

Oftentimes, it’s unhelpful to start jumping in with solutions before you have a good sense of what the problem actually is and what’s happening behind-the-scenes of someone’s life.

Always try to end on a positive note.

Tough conversations are inherently difficult but acknowledging that struggle can help you end on a positive note.

Being optimistic can be as simple as saying, “I understand this wasn’t the easiest discussion, but I appreciate you sitting down and having it with me.” A positive comment sets you up to both think about the conversation as a moment in time, rather than something to dwell on for weeks.

Everyone handles hard discussions a little differently, but if you’ve prepared and put yourself in the right mindset, you should always be able to end a conversation with a positive outcome for everyone involved.