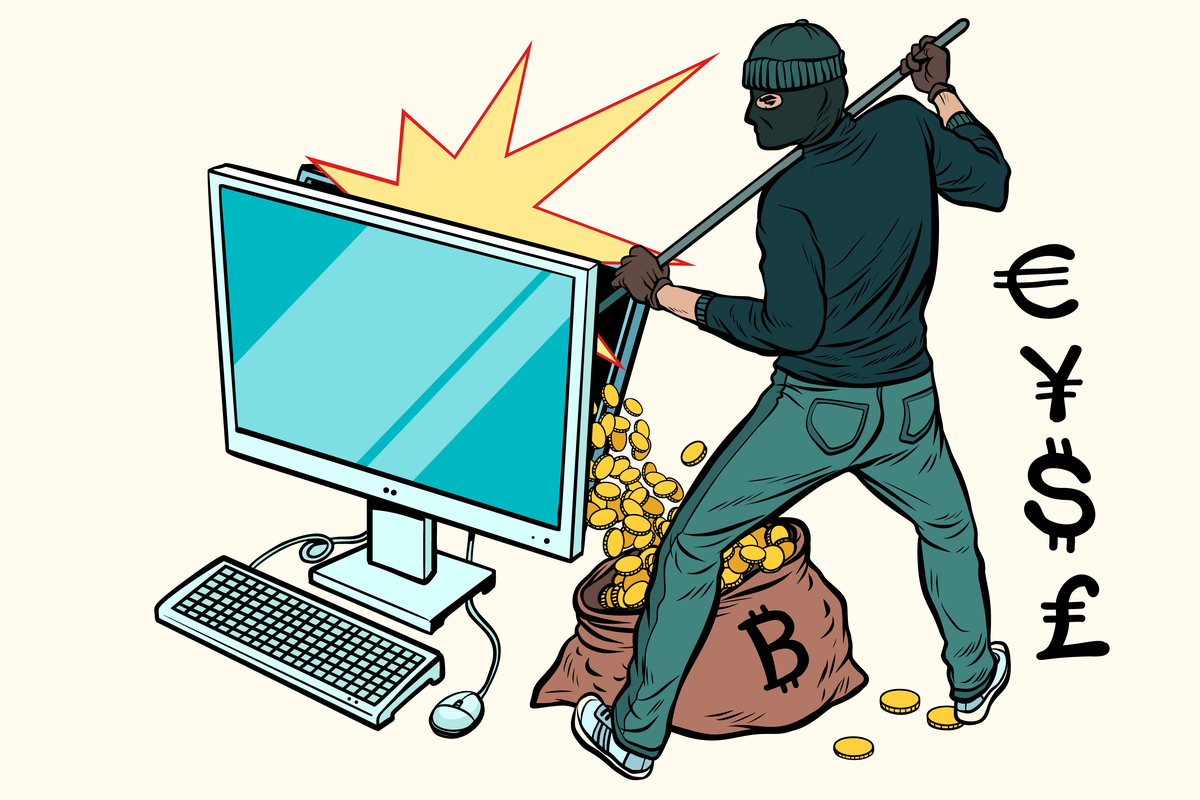 Some of this criticism centers on the idea that the currency makes it easy for lawless people to purchase illicit goods on the so-called “dark web.” Some people even assert that bitcoin was originally created as a means of facilitating illegal activities such as drug deals, clandestine payoffs, and even assassinations.

Let’s not duck the issue. It’s possible, even probable, that such “dark” transactions are taking place.

However, the deeper impulse behind blockchain technology and the cryptocurrencies it enables is to fight the good fight of empowering individuals through truly disintermediated peer-to-peer networks. In other words, it’s highly likely that some people use bitcoin for seriously dodgy purposes. That doesn’t mean bitcoin is inherently evil.

Nonetheless, there are websites out there offering highly illegal products. The most nefarious is probably the Silk Road, originally developed by Ross Ulbricht in 2010. There’s no doubt drug dealers and other criminals did use bitcoin in its early days to conduct transactions on the dark web through encrypted, underground networks. I visited the Silk Road to do research, and it definitely felt dark and scary.

In 2015, Ulbricht was charged and then convicted of drug trafficking, money laundering, and even conspiracy to commit murder, although that last conviction has recently been overturned.

Is that conviction an indictment of bitcoin, however, or of Ulbricht? Black markets have predated bitcoin by millennia. Illegal trade is one of the biggest global economies and has apparently been around since the dawn of humankind.

It may have made illegal trade easier to transact for a time, but if something else came along to make such trafficking still more efficient, bitcoin would be dropped in a second. The illegal activity, which cannot be condoned, in a way proves that bitcoin was, at least at the time, a really effective way of making transactions without someone looking over your shoulder.

If I were a criminal, however, I wouldn’t use bitcoin at all. I’d stick to good old cash. Every bitcoin transaction is unalterable and a matter of public record. In my opinion, that makes criminal transaction somewhat risky, even if your wallet address doesn’t reveal your identity.

Counterfeit goods—luxury goods, pharmaceuticals, cigarettes, art, car parts, you name it—are markets worth nearly half a trillion a year. This existed long before bitcoin was created and contributes to geopolitical instability all around the world.

Criminals exploit our existing institutions in any number of ways.

They launder money in plain sight through the world’s biggest banks. They fuel illicit-trade markets, including forced labor on fishing vessels in international waters, where boats can’t be apprehended. They burn rain forests to grow palms for palm oil. They exploit child labor in mica mines. They ship counterfeit goods across borders. They utilize alternative asset classes like fine art to exchange value across borders while avoiding tariffs.

When you buy that cheap, fake iPhone charger on Amazon, do you think you might be fueling a war? When you wear glittery eyeshadow or drive a car with speckled paint, do you think about how the mica in that glitter was mined by a nine-year-old child in a rural province of India?

When you eat almost any processed food, do you think about the palm oil it contains, which has likely contributed to the destruction of Malaysian rain forests and other large-scale deforestation? When someone in a country with a marginal healthcare infrastructure buys much-needed medication from someone on the street, and that drug turns out to be counterfeit, do we stop to consider the harm being caused?

When you eat fresh-caught salmon, do you think about how fishing is an industry involved with human trafficking and indentured servitude? After all, you can’t go anywhere if you’re trapped on a boat in the middle of international waters, can you?

I think you get the picture.

I’m not sharing these examples to be a Debbie Downer, but to demonstrate how much of the illicit trade that we see today was neither created nor enabled by cryptocurrency or other alternative currency markets. It was enabled in large part by the trust gaps our vast global supply chains and current economic system create.

The crucial point here is that the applications of bitcoin go far beyond facilitating illegal activities.

Yes, some people have used it as a convenient medium for illegal transactions, but it didn’t create that market. People have been flouting the law for millennia, and they’re not likely to stop any time soon.

Crime is a problem throughout our current system. Criminals bank at our biggest banks. Let’s at least agree that criminal exploitation is widespread and stop using cryptocurrency as a scapegoat for criminal activity.