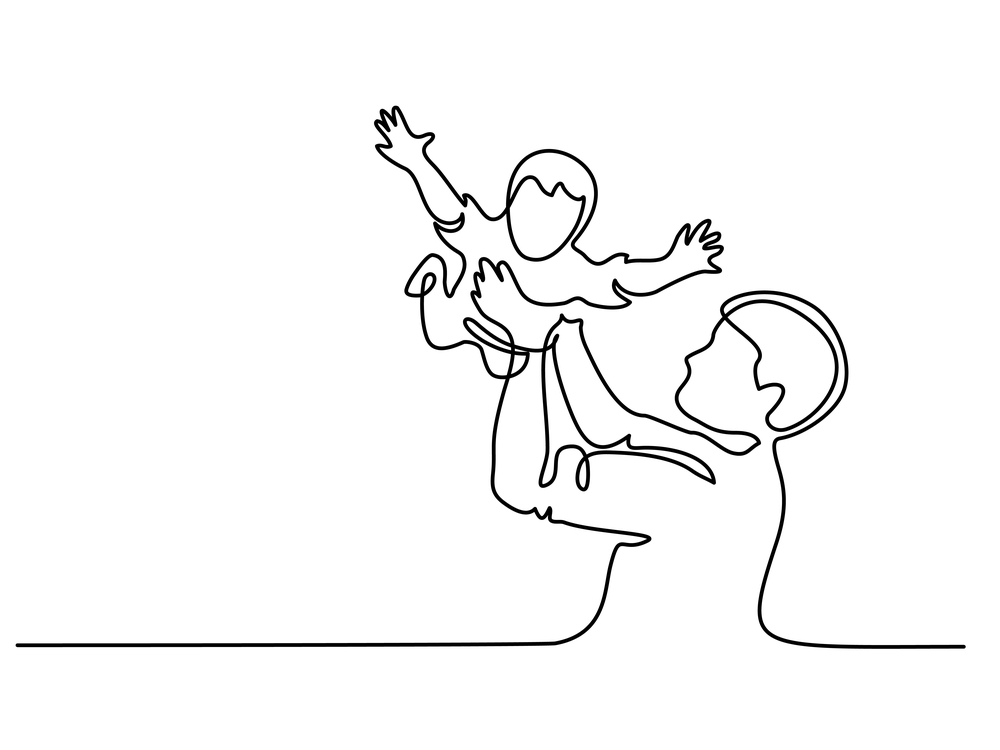 As I reflect on my relationship with my dad this Father’s Day weekend, here are a few of the most lasting lessons he taught me about honing an entrepreneurial spirit.

Every Friday night in the middle of a podunk Boone County town, my siblings and I would impatiently wait for our dad’s plane to land in nearby Indianapolis. We’d hear the phone ring in the kitchen while half-paying attention to Mulan, signaling to my mom that our dad was close by.

Dad would pull into the driveway after the sun had already set, his face tired but his suit sharp, and give us each 5 days worth of hugs to make up for the week lost. We’d then scramble into his car, eager to hit restart on our usual weekend routine: Out for hot dogs Friday night, soccer games with he and Mom in the stands on Saturday, then church on Sunday before sending him back off to the airport for the work week ahead.

At the age of 6, this was my first introduction to startup life.

My dad was an entrepreneur, and he loved every bit of it—the thrill of coming up with new ideas, executing on them, growing a team, and investing in something he truly believed in. It had been his dream to start his own company, and when he did it, he did it well.

Needless to say, entrepreneurship was an integral part of my family’s life while I was growing up. Not always knowing where in the world Dad was on his business trips, hearing about his new ideas, waiting outside the classroom of a nearby university while my dad taught entrepreneurship “just for fun”—these were the norm.

And truth be told?

As a young kid, being an entrepreneur seemed like the least appealing thing in the world. By the age of 12, I already imagined myself in a cushy office job with standard work hours—anything that didn’t involve essentially living on a plane. Even the free pop, I decided, just wasn’t worth it.

Now, flash forward about two decades: I’m working at my first startup, Digital Press, and, like my dad, I love it. I love the fast-paced, fly-by-the-seat-of-your-pants atmosphere. And all those conversations we had about business and hours spent in my dad’s office waiting for him to wrap up work? They were setting me up to find a growing company’s environment exciting rather than overwhelming. They were allowing me to see what it was like to be a self-starter.

As I reflect on my relationship with my dad this Father’s Day weekend, here are a few of the most lasting lessons he taught me about honing an entrepreneurial spirit—and how they can help you, too.

1: The things that you get genuinely excited talking about are the things you’re meant to spend your time on.

As an entrepreneur, my dad dipped his toes in a handful of different industries, but there was always one aspect of each he was most excited about: marketing. Back when company websites first became a thing, for example, I remember sitting in his office while he was talking with his co-workers about how to make their site appeal to a younger audience—and he was jazzed.

Over time, this was the industry he found the most success in after starting a marketing consulting firm. And it was evident why: he had a natural passion for it, which meant he invested more of himself into it.

At the end of the day, it’s no secret that passion is what drives most truly successful entrepreneurs. But here’s the good part: it’s something we all have, whether we think we do or not—we just need to be encouraged to find it, choose it, and grow it.

The finding can be as simple as talking about the things you’re interested in with your pals, your partner, or your family members. You’ll see that when you happen upon something you really, truly get excited about, your demeanor will change—you’ll be more engaged, more fired up, and less willing to move on to the next topic. You know the feeling—and that’s the one you should tap into.

Next comes the choosing, which is just that: choosing to listen to that feeling and following through on it. And the growing comes from humbling yourself to learn everything you possibly can about honing that idea, or product, or story. Study people who’ve done the thing you want to do, and if you can, email them. Better yet, get them on the phone. You’ll be surprised how much people want to help others grow.

Although my dad traveled a ton, when he was home, he was home. That meant no checking emails at the dinner table, no taking calls during family game nights, and never letting his countless other business-related problems overshadow our rants about grade-school crushes during car rides home.

My dad knew how to relax, and he also knew the true importance of doing so. As an entrepreneur, you’re constantly addressing problems: unhappy clients, dips in revenue, employees who aren’t meeting the bar. And sure, it can be challenging to leave all of that behind when you get home at night.

But whether you’re launching a company or finally starting to write that book, you need designated time away from your work.

You need time to just be human. Even if you’re in the throes of working 60-hour weeks, set aside an hour or two each night to do things that bring you peace.

Call up a girlfriend. Catch up on Game of Thrones. Make a nice dinner with your partner. And don’t talk about work. For those couple of hours, let yourself be lazy. Your work will still be there in the morning, and it will thank you for it. Even the best self-starters need to cozy up with a bowl of popcorn and an awful rom-com now and then. It’s a means of re-setting.

3: Realize your failures aren’t the end.

Throughout his career (as is true of anyone’s career), my dad had a lot of ups and downs. He had successes, yes, but I also saw him experience real failure. And not just a missed deadline or a run-in with the boss, but entire companies going under and being jobless for several months.

But here’s the thing: when talking to him, you never would’ve guessed it. He was already moving onto The Next Best Thing. In fact, failures were, in many senses, viewed casually in our household (except when it came to grades, in which case there was no mercy). Failures weren’t things to get upset about; they were things to learn and grow from. They weren’t things to pretend never happened, but to value having experienced.

When starting a new venture—especially one which leads you into unfamiliar territory—there are going to be some flops.

You’re going to fail hard, fast, and sometimes often. This is where that first tip comes back into play: continue to choose that thing you’re failing at––so long as it drives you and so long as you’re growing.

As my dad taught me, that’s what being a self-starter really comes down to: doing something because you just frickin’ want to. Because it’s stoked a fire within you. After all, life’s too short not to try.