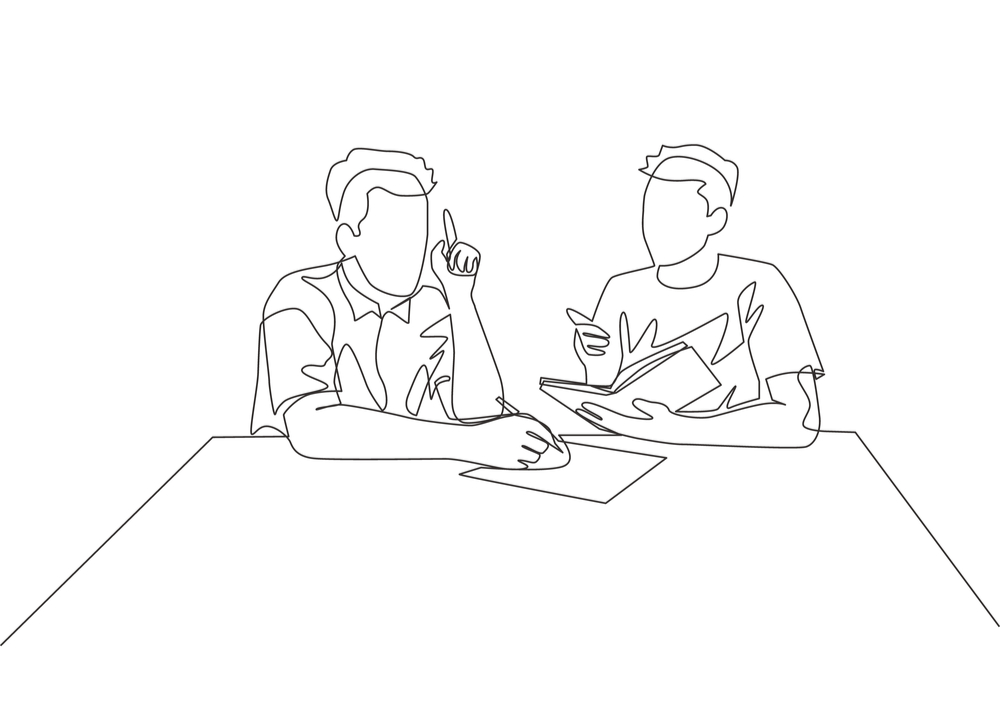 At the end of the day, what matters most here is learning as much about the other person as you possibly can before agreeing to move forward.

One of my first co-founders — a man we’ll call “John” — felt to me, at first glance, like a perfect match.

Our company was a SaaS startup with plans to impact the modeling world, and John was a former part-owner of a modeling agency. He had access to our target market, a keen awareness of the technical deficiencies in the space, and key industry connections. But perhaps most importantly to me at the time, he seemed inspired to work hard together to build a great product which could create value for a lot of people.

So when he approached me with his offer of partnership, it felt like a no-brainer.

Through a handshake agreement, it was decided that he would act as the sales engine for the company while I handled operations and finances. (Our third partner, Wojtek, led the technical side.) For a short period, it worked. But as time passed, it became clear to Wojtek and me that John wasn’t delivering on what he said he would. The promises he’d made, we realized, were just a well-constructed facade.

Inevitably, the time came to cut ties. But because our partnership had been born on a handshake and nothing more — no documented agreement — the process was messy, to say the least. Lawyers were involved. Energy was wasted.

I was 26 at the time and altogether too trusting, but I do believe the experience taught me a variety of valuable lessons that have benefited my career and my partnerships in the years that have passed since — like, for example, my partnership with Wojtek, who I’m still building companies with to this day.

Specifically, I learned you should always discuss and document 5 major ticket items with a potential co-founder, which, although potentially uncomfortable to talk about, will help you determine whether the opportunity in question is one you should actually pursue.

The first thing you and your potential co-founder must define is who will be responsible for what, how you’ll hold each other accountable, and what will happen if your execution falters.

The importance of defining all of this so explicitly is best exemplified by what I call the “college dorm room” scenario. Imagine: three young people are sitting in their college dorm room. Together, drawing on windows, they come up with a potentially brilliant idea and decide to ambiguously each own a third of the company. But when, inevitably, one or two of these “founders” loses interest or stops pulling their weight, and their responsibilities fall to the one remaining inspired founder of the company –– well, that creates problems.

The reality is, whatever “idea” your company has been founded upon is actually pretty cheap. What really matters is the dedication, grit, and execution required over the course of several years to build your idea into something real and scalable.

And it’s to this end that you and your co-founder(s) must, on day one, plot out who will be doing what along the way –– what each of you will do to merit your owning X percent of the company –– and what processes you’ll abide by to hold each other accountable. Those processes need to include a means of judging whether any party at a given moment stops pulling their weight. They should also spell out what repercussions will be delivered if any of you don’t follow through on your agreement.

Every startup needs a vesting schedule, and it should be based on performance.

Based on the point above, you want to ensure that every partner has a clearly defined role and responsibilities by which to hold them accountable. But if each partner were granted some percentage of a company before earning that equity, it can lead to big problems.

If each co-founder’s ownership percentage vests over four years, however––and if that vesting is contingent upon delivering on certain promises––that not only encourages commitment, but it also protects all parties involved from being held hostage by someone who was gifted an ownership stake. Not to mention that if you ever plan to raise money for your company, any savvy investor will require this before investing.

Similarly, you and your co-founder should spell out early on what your monetary compensation will be. Your ownership stake is only part of the equation, after all.

One reason this is so important is because there are key details which have to be outlined early on. For example, if one of the co-founders is leading the sales process, you have to decide: will they be making commission? What will your salaries be early on when the company isn’t making any money? Are both of you comfortable with taking less in the beginning stages for the sake of the company?

The answer to that last question can be telling. If your co-founder demands a large salary up front for an “idea stage” startup, for instance, I’d argue that illuminates something about their willingness to assume risk which should act as a kind of warning to you. And in this sense, this particular conversation doubles as another layer of vetting your partner’s reasonableness.

4) Understanding each other deeply

I’d argue that the most important step is to truly understand your potential partner, as this is someone you’ll be working closely with for the next 5 to 10 years. It’s one of the most important personal investments you’ll ever make.

And this should entail a lot more than a few conversations over a Philz coffee. You should meet with them multiple times in different social settings, preferably outside of a business meeting. (Remember, you want to get to know the person, not just the business mask they’re showing you.) You should get to know their friends and family. Assess their capacity for empathy and reason, their personal priorities, and the things that motivate them.

The goal is to understand how your potential partner thinks, feels, and behaves.

In fact, I would argue this is the most important step in the entire process. By having these difficult conversations early on, you will get a front-row seat to see: how your potential partner negotiates, how they express their opinions, what they value, and most importantly, whether they’re someone you’d be happy solving problems with for the next 10 years.

You should also absolutely, 100% take your time. I, personally, will never rush into a co-founder partnership again because I know just how mentally exhausting entering into the wrong one can be. Luckily, because my partner at VentureDevs is someone I’ve known since the start of my very first company, we’ve had the time and conversations needed to make sure our partnership will last.

At the end of the day, what matters most here is learning as much about the other person as you possibly can before agreeing to move forward. This should take time. Anyone can bring their A-game for a few initial meetings when excitement is high, but that excitement will eventually fade, and you will still need to work alongside that partner for years to come. So, you’d better make sure you have all the information and time needed to make a decision.

Nothing less than your company’s potential success is on the line.