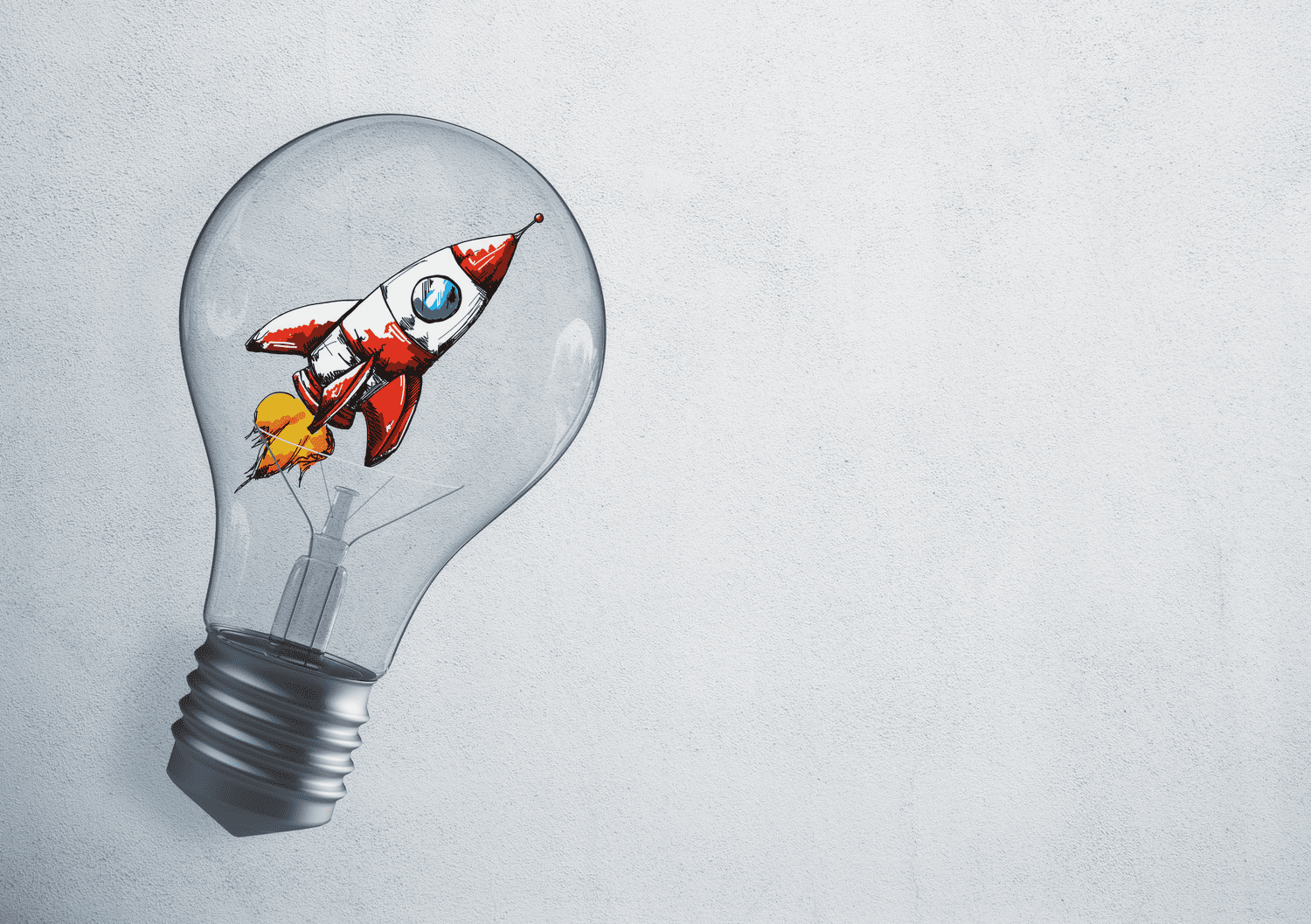 I was a late bloomer in many respects.

Long before I became an “entrepreneur” and successfully exited my first venture (sold to Warner Bros.), I was just another kid trying to figure out how to be normal. See, I didn’t grow up in an environment of high expectations. I come from a very blue-collar, humble background, where everything for my family was a struggle. We didn’t have very much money. I was the first person in my family to go to college. And as I reflect back, as far as I can remember, there was always this sense of insecurity from my family’s lack of means. Not because I wasn’t proud of my parents, but because I was aware of how much I didn’t want to end up struggling like them.

It wasn’t until my 20s that I started to go my own way.

The year was 1997, and I had decided to take a trip to Korea during a semester off. I wish I could say my intention for the trip was self-education, but the truth is, I just wanted to party and hang out with friends. I still lacked any real clarity around where I wanted to go in life.

But during my trip was when Asia went through a massive financial crisis, and all of a sudden, the economy tanked. Companies were going out of business. Everyone was getting laid off. And I remember visiting my uncle, who really symbolized this “successful role model” figure, and watched his entire life start to crumble. One day, he was an executive at a bank. The next, he was destitute.

That was the moment I realized I needed to get my shit together.

Right away, I cleaned up my act. Since I had terrible grades, and nothing on my resume, I made it a priority to figure out how to get a real job. Somewhere I could “start.” I didn’t really know what the plan was, but I knew I was going to need to hustle and figure things out for myself. So, right out of college, I joined a scrappy startup simply because they were the rare company that actually offered me a job.

This was my introduction to the world of entrepreneurship.

I was never one of those kids slinging lemonade on the sidewalk when I was six. I wasn’t into selling baseball cards, building websites, or anything like that. I worked at this startup in my early 20s called Capital IQ, working hard to become aware of the whole “startup game.” I was grateful for the opportunity and learned as much as I could. Until one day I thought: “You know what? Maybe I should do this startup thing myself.”

I think aspiring entrepreneurs want to believe there’s some sort of rhyme or reason as to how successful founders become “successful founders.” But the truth is, a lot of the founders I know who have built large companies or have been successfully acquired just kind of stumbled into the game. Like myself, they didn’t really know what they were doing. They just kept putting one foot in front of the other, and eventually found their stride.

In my case, I graduated college right in the middle of the whole dot-com boom.

Especially considering I was working at a tech startup, I very much internalized this deep desire to go out and create the next big thing myself. I started asking myself big, audacious questions like, “Why can’t I create the next eBay? Why can’t I build a big tech company?” And even though I was terrified of things going wrong, or making a mistake, or being unprepared, the more dominant feeling was that I had nothing to lose. To this day, I continue to see that as one of the biggest benefits of growing up in a low-expectation environment—if channeled correctly.

The company I decided to start was called DramaFever (now Warner Bros. Digital Labs), and was a video streaming website long before “streaming” was a mainstream term. From the very beginning, I didn’t want to build something that was going to be relevant for a year and then fade away. I wanted to make a long-term bet on where I felt the Internet was taking things, and video seemed promising.

We originally started by focusing on providing Korean, Chinese, and Japanese drama series’ to consumers who frequently pirated the content elsewhere. We offered on-demand streaming video of documentaries, movies, and TV shows with subtitles—with ads for regular users, and high definition for premium subscribers. The model was very similar to the behemoth streaming services that exist today: Netflix, Hulu, etc.

It was one of the most exciting experiences of my entire life.

It was also all-consuming.

Especially when you’re building a high-growth tech startup backed by venture capital, the driving factor, more than anything else, is to just survive.

Every single day is a whirlwind. You’re putting out fires. You’re talking to investors. You’re trying to visualize the future while simultaneously dealing with the present. I lived in a constant state of “survive and push forward” for several years. And the entire way, I just kept thinking to myself, “All I need is to get to the end, and then I’ll be happy.”

And then we were acquired. And to be honest? It was the most anticlimactic part of the whole journey.

The human brain is strange in that sense. We strive and strive for the top of the mountain, and then as soon as we get there, we think, “Okay, now what? What do I do with the rest of my life?” That’s when I really started to realize that what makes building a startup fun is the building process itself. The joy is in the journey, not the destination.

After DramaFever was acquired by SoftBank, and later sold again to Warner Bros., I took some time off to think about what I wanted to do next. All over again, just like when I was in my late 20s, I started to ask myself big audacious questions: “Where is the world moving next? How can I be part of the next wave?” Just like with my first venture, I didn’t want to build something that was going to be relevant for the time being. I wanted to make another long-term bet.

For me, that “bet” is on the long-term value of building meaningful relationships at scale.

Without even realizing it, our world has quickly transitioned into a day and age of short-term transactions.

Likes. Comments. LinkedIn messages. Email outreach. The ways we communicate today reward very quick, very surface-level engagement. This is the first time in history where new generations spend more time communicating with (or “through”) their phones and computers than with other people. On top of that, even companies are less willing to forge long-term relationships with their employees, instead opting to use freelancers, part-time contractors, or outsource the work altogether.

As a result, many people are unsure as to how they’re supposed to “meet” the right people. They struggle to know how to network (aside from sending someone an email or following them on Twitter). And more than that, they have a hard time knowing who they should be meeting and building relationships with that will last over the long term.

After spending the past year or so thinking through what my next venture was going to be focused around, this idea of making meaningful connections has remained at the forefront of my mind. So, several months ago, I called up a few former team members as well as folks I’ve always wanted to work with to discuss how we can tackle this big problem and ultimately solve it together.

The name we landed on is Olmo, and the intention is to help strangers come together in a way where they can meaningfully connect, and hopefully build more effective relationships over time. How we’re doing this is by, first, beginning with a closed, invitation-only network of qualified people. We want to make sure that everyone involved is being connected with the right people, at the right times, based on their specific knowledge and professional needs. Then, building toward a larger and larger web of meaningful connections between people who can provide specific value, regardless of where they “sit” in their careers today.

For me, this project is very much a way of paying it forward for all the people who helped me get to where I am today.

That’s the true value of “networking.” It’s not about handing out business cards, or shaking hands at a conference of 10,000 “business professionals.” It’s about meeting the right people, at the right times, taking a chance on one another and then nurturing that relationship over the long term.

And as the world of technology gets faster and faster, with more and more emphasis placed on short-term transactions, I believe it’ll be those with the most long-term relationships that have the highest likelihood of success.

I'm a repeat entrepreneur currently focused on Olmo, a mobile app that makes warm professional introductions so people can make better decisions and enjoy greater access to opportunities. We're currently in private beta and will launch in the coming months. The app looks awesome and we're making great connections every day. Sign up on www.olmo.io to request early access.