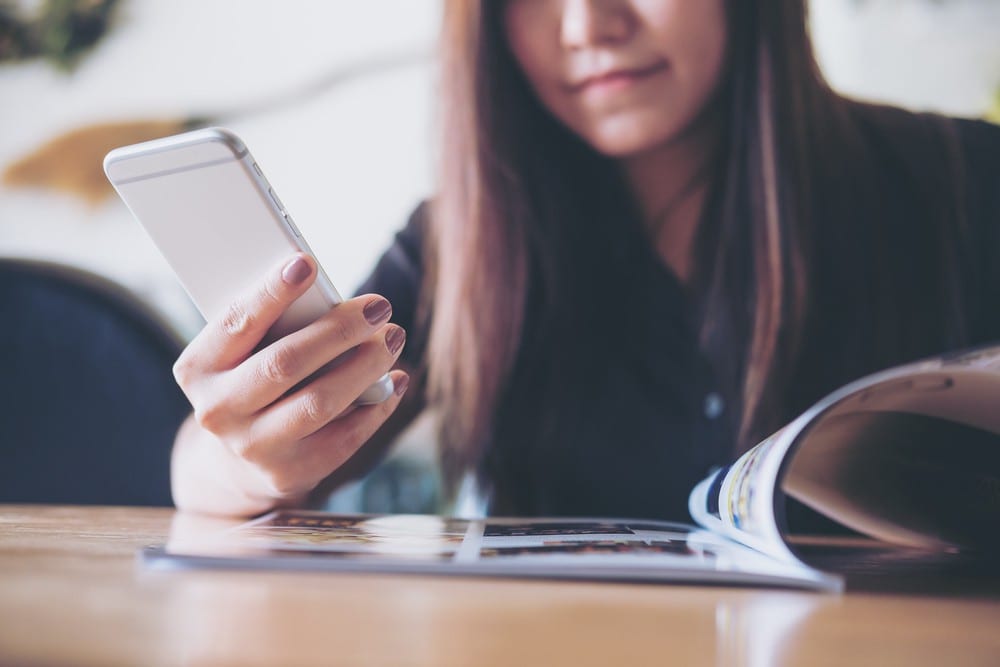 Today, everything is tracked, measured, analyzed, and organized. Clicks are counted, and page views are neatly displayed on spreadsheets.

To put money behind a marketing channel where results are difficult to track seems strange, or even foolish.

Yet I’d argue that offline marketing channels have plenty of potential in the digital age. While you can’t get immediate stats on the exact number of clicks and conversions, as you would with a Facebook ad, these efforts can be just as effective. You simply have to invest the proper amount of time and resources.

This includes being open to trying new channels because you don’t really know what’s going to work until you give it a shot. It’s best to be agnostic when it comes to the digital/non-digital divide.

If you take a consistent and patient approach when trying new offline channels, you’ll almost certainly end up finding some that work for you.

Here’s what to know when considering offline options:

The lead times are incredibly long, so plan well in advance.

I can sit down at my computer right now and have a new Facebook ad up and running in five minutes — tops.

Because of that, digital marketing tends to work like a faucet. You turn it on when you need it, and when you’re done, you turn it off. It’s simple and doesn’t tie up resources any longer than necessary.

Offline marketing is different. You have to create a budget and commit assets months in advance.

For instance, if you decide to do direct mail, you may have a two or three month lead time between designing a catalog and the moment it starts showing up in mailboxes. Even podcasts or satellite radio generally require you to buy advertisements a quarter in advance. Under those circumstances, you can’t really take an ad from concept to reality in one day, and then quickly shut it down if it isn’t working.

I think that’s why so many startups initially shy away from options like direct mail, satellite radio, or even television. Digital marketing just isn’t as much of a commitment. When you’re still relatively small, it’s harder to predict how you want to portray your brand in two months.

But that doesn’t mean it’s impossible to try these channels when you’re still small. You just have to use what you’ve learned elsewhere to inform your efforts.

Leverage what’s successful in one channel, and use it as a jumping point for another.

Every channel has its own quirks and unique properties that can take time to figure out. But you’ll find that many of them have some overlap, and you can use those similarities to help you create a solid strategy for the new channel.

When you start with a new offline channel, try using one or two things that have been working for you in another medium as a starting point.

My team at ThirdLove did this when we first decided to make the jump to TV commercials. We took some of our best-performing Facebook ads and used that as a basis for content creation for our TV commercials. We created two different commercials—and one performed really well. The other didn’t.

It was a learning experience, but we had one that was successful.

By starting with some video content that worked online, we were able to test the new channel, get feedback on our efforts, and evolve as we continued forward.

The willingness to evolve is what makes the difference between success and failure in a new medium.

Go all in on one or two channels — but be willing to iterate.

You won’t know for sure which mediums have potential right off the bat.

I once told a venture capitalist we were about to start advertising on podcasts, and his reaction was pure incredulity. He didn’t even know what podcasts were. (This was in 2015 before they took off and became incredibly popular). Yet podcasts have been one of our most influential marketing methods over the years.

Start by allocating a few percentage points of your marketing spend to the offline channels you want to begin testing.

Keep in mind you won’t be able to test everything at once. So, prioritize one or two channels and really commit to them and experiment.

If you spread yourself too thin across a variety of mediums, you’re not going to get a good read on what will work for you, because you won’t have invested the time and resources to get good output from any one channel.

Give your new channels a chance to gain traction and be open to iterating. Six months to a year is long enough to understand whether or not the medium will work for your business.

If you give it enough time and stay open to testing, offline marketing has plenty of potential — even for younger companies. You just have to make a commitment, follow through with it, and experiment to find what works for your business.