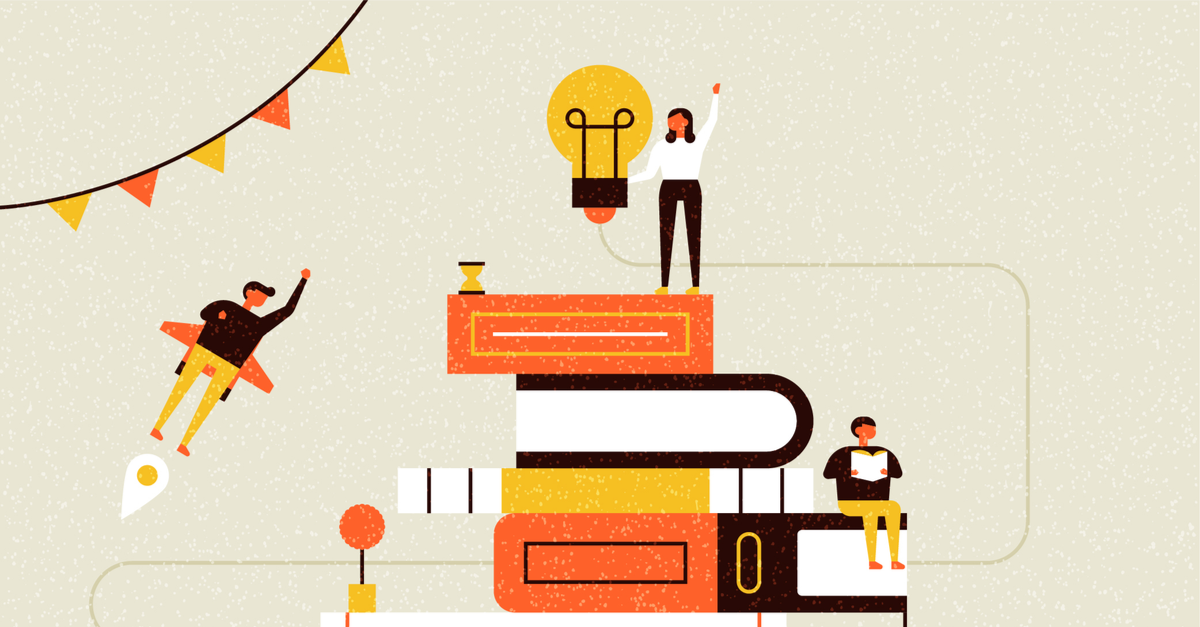 My dream has always been to be a writer. Specifically, an author.

Long before I started my first company, Digital Press, all I wanted was for people to read my writing. I graduated from college with a degree in fiction writing. I started working as an entry-level copywriter at an advertising agency downtown Chicago. And I dedicated thousands of hours to practicing the craft of writing in my spare time—specifically by writing online.

As a result, I became one of the most-read business and life advice writers on the Internet.

All throughout this process of mastering my craft, however, I learned something.

Turns out, if you know how to write things people actually want to read, that’s an incredibly valuable skill set to anyone and everyone in the business world—which is how I started Digital Press. I quickly realized that anyone who wanted to build themselves into an authority in their space needed help organizing their thoughts and writing them effectively.

But the four years I spent becoming a better writer also set me up for success in publishing my first book.

When I turned 26, I self-published my first book, Confessions of a Teenage Gamer.

The reason I chose to self-publish (opposed to pursuing the more formal publishing route) was because I had already built a sizable audience for myself as a writer—over 150,000 followers across Instagram, Medium, Quora, and Twitter. I had successfully “cracked the code” on how to get my pieces republished by major publications (which meant I was in control of my own PR). And I had proven my ability to write articles that could consistently generate anywhere from 100,000 – 1M+ views.

Why give a publisher a large percentage of my book when I could just handle the marketing myself?

By the time I released Confessions on Amazon, I reached #2 in two separate categories within the first 24 hours of launch—and I recouped all my costs and turned a profit by the end of the first week.

All these early experiences in my career as a writer and entrepreneur taught me a tremendous amount about what it takes to not only be influential in your space, but successfully build a loyal following and launch a product people will be excited to pay for.

So, if you want to write and publish a book, these 7 marketing tactics will set you up for success.

Hopefully this helps you successfully launch a product of your own, and effectively build your personal brand in the process.

1. Let data inform every decision you make: title, subtitle, and even the content you choose to include.

Do you know how Tim Ferriss came up with the title The 4-Hour Work Week?

When he was trying to figure out the positioning of his first book, he didn’t know which title was going to resonate with the most people. So he took all his “working titles,” created a handful of low budget Google Adwords campaigns, and then waited to see which title people clicked on the most.

The 4-Hour Work Week won—and he had data to prove it.

When I was writing my first book, I used Quora as a testing ground for everything from marketing ideas to stories I actually wanted to include in the memoir. In fact, several of my most viral Quora answers to date were related to gaming, and helped me decide which stories readers would enjoy the most.

We now use this data-driven approach at my company, Digital Press, for clients looking to turn their libraries of articles into a full-fledged book. We review which articles of theirs performed the best (data as to what’s resonating), and then we use the titles of those articles to inform the title and positioning of their book.

2. Don’t wait to start building your audience until after your book has been published. Start as soon as possible.

I find so many people make the mistake of waiting too long to start marketing themselves.

They say, “My book will come out next year, so we’ll most likely start building my personal brand around then.”

See, building true authority in your space doesn’t happen overnight. In fact, one of the first things potential readers, fans, and followers look for is how long you’ve been at it. Imagine if you came across a brand new Instagram page with only a handful of posts. Your first (subconscious) thought would be, “I’m not going to bother following this person. They haven’t been doing this for every long.”

And yet, when you stumble across someone who has years and years of content attached to their profile, you come to the exact opposite conclusion. You say, “Wow, how have I never heard of this person? They seem really influential.”

One of the biggest mistakes you can make, especially if you’re looking to play the book/speaking/industry thought leader game, is waiting too long to start. Because the truth is, you don’t ever really reach a point when you’re “done” building influence for yourself. You don’t begin when your book comes out, market yourself for a few months, and then stop. The whole idea is for people to follow you over the long term—and to see you as an authority well into the future.

There are two roads you can take: publishing with a formal publishing house, or deciding to play in the Wild Wild West and publish your book yourself.

After talking to dozens upon dozens of authors—both formal and DIY—and researching this decision for myself, I’ve come to realize there are very clear pro/cons to both roads, and neither one is necessarily better or worse than the other. It just depends on what you want.

Now, I’ll be the first to admit that I used to really, really want to call myself a New York Times best-selling author. But I’ve learned how much of that game is based on how much money you’re willing to spend (most publishing houses or wealthy authors just buy their way to the top) in order to secure that accolade.

Instead, I decided to go the self-publishing route for two reasons: first, I wanted 100% creative control, and second, I wanted to make more money—plain and simple. I would rather see the fruits of my labor than walk around with my chest puffed out and say, “I got a book deal.”

In my mind that’s all sizzle, no steak.

4. The single best way to market yourself as an author is to consistently write articles online.

This feels so obvious to me, and yet very few authors and industry thought leaders actually do it.

If you want people to read (and buy) your book, then give them a taste of the full thing. The entire purpose of a book is to educate, share knowledge, tell stories, and leave people with meaningful takeaways—all things you can accomplish in ~800 words on Medium or Quora or even by writing on your own website.

But instead, so many authors think the name of the game is to get a bunch of PR or run Facebook ads.

The average PR article on the internet gets less than 1,000 views. And when was the last time you saw an ad for a book, stopped everything you were doing, and decided to head over to Amazon to order yourself a copy?

The truth is, you’re far better off investing in your own content. It’s the lowest friction method for getting people used to the way you think, write, and tell stories—and it’s incredibly easy (and effective) to weave into your articles the sentence,“This is a story I tell in detail in my new book, but to give you the nutshell here…” with a link to the book on Amazon.

When I launched my first book, I spent $0 on PR.

I also spent $0 on paid media.

My articles on Quora and Medium were my marketing vehicles. And by the time my book was released, I already had tens of thousands of followers and loyal readers—ready to read my full-length project.