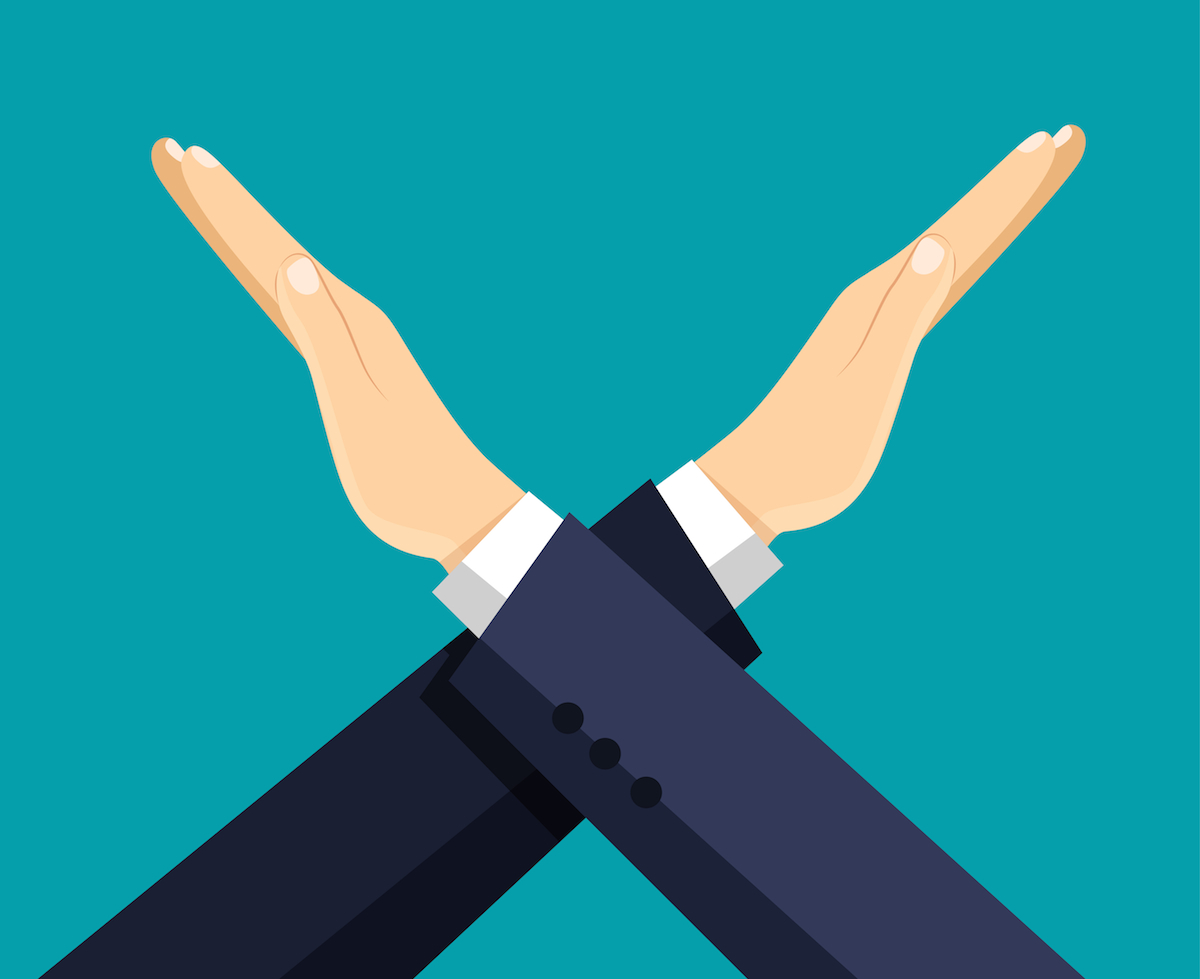 Doing too much, too soon, is one of the biggest causes for failure in the startup world.

Being an effective leader means different things to different people. Some value honesty. Others will say accountability. And still more will point to creativity and ingenuity.

For me, however, the most important skill for a startup leader is mastering the ability to gracefully decline ideas and offers that won’t benefit you in the long-term.

In most business situations—and especially for entrepreneurs—the pressure is there to always say “yes.” It feels safer, avoids conflict, and takes less time than pausing to decide whether something is right for your business.

But doing too much, too soon, is one of the biggest causes for failure in the startup world. It prevents founders from their potential, and can send a company spiraling into chaos.

That’s why I believe the single most important skill every entrepreneur should have is the ability to say “no.”

For startup founders, there’s always pressure to do more.

Entrepreneurs are hungry by nature. They want to do it all.

When you’re launching a new startup, you’ll get hit with requests from every angle. You’ll have investors interested in addressing large markets. Customers will want you to provide additional features. There will be sales people who push you to close the deal on the table without reviewing the long-term costs. And you’ll get employees that come to you with ideas for new projects. At Medrio, even our lawyers suggested we try to meet needs outside our core market.

When people come to you with requests to do more remember that you only have the time and resources to do one. Thing. Really. Well.

As the company leader, be humble with your ego and your capabilities.

You want to seize every opportunity—I get it.

But the truth is, you have to be humble about what you can actually get done. The great news is that if you’re truly humble, you can stay focused—and you just might nail that one thing that sends your customers over the moon.

In the beginning, you need to keep things as simple as possible.

When I started my data collection company, Medrio, I had to decline an offer that I wasn’t ready to deliver on. We were one month in working with our lawyers to determine our corporate structure. I told them that we were going to build software to collect and clean data for clinical trials,  and before I knew it they were pitching ideas for how we could collect and clean data for their legal cases—and we hadn’t even started the company yet. It was a different market with different needs than what I’d initially planned to focus on. Even though I had potential customers sitting across the table from me, I had to say “no.”

Almost everyone says “yes” too soon. So if you’re questioning which way to go, use “no.”

Because when spread yourself thin, it will be death by 1,000 cuts.

The good news: If you start with a highly focused offering, you can broaden the scope of your company later.

Amazon is a great example of a company that didn’t say “yes” too soon.

Today, they’re the store that sells everything, but most people don’t realize Amazon started by selling only rare books. That focus allowed them to offer a service no one else could provide, and they did an awesome job at it. If you wanted something on 12th-century Italian poetry, you were only going to find it on Amazon…or in Italy.

Here’s the key takeaway: Amazon always knew they were going to go big. That’s why they didn’t name the company rarebooks.com. But, in order to grow, they understood they needed to have a very tight focus. They weren’t going to sell everything right away.

Eventually, Amazon began adding more products to its roster, but they started by ensuring that their customers had a fantastic experience. If they’d decided to advertise the idea of selling everything from the start, they would have failed and Bezos would not be the wealthiest person in the history of the world.

Startups don’t have to stay singularly focused forever, but they do have to start in a way that allows customers to fully understand the overall service or product. They also have to deliver what they promise. If you’re burning through resources trying to service a large market, you’re doing it wrong. Startups need to find a focus, and do only what they can do well now.

Instead of saying “no,” reframe the conversation to “when.”

The problem with just saying “no” is that it can undermine confidence from some people very central to your success, like investors, board members, early employees, and customers.

At minimum you’ve annoyed someone, or made them feel their idea is dumb. Possibly, you’ve angered someone that has an integral role in the survival of your company.

I’ve found a better way is to say, “Yes, that sounds great. But when?”

By reframing your answer to include “when” instead of “no” you’ve kept your focus while keeping those key people engaged. Then you can both get on the same page about what’s realistic and move forward in a cooperative way. So Amazon didn’t say “No, we will never sell car parts.” They said, “Yes, we will sell car parts once we have gotten great at selling rare books, then all books, then CDs, then software,” and the rest is history.

Being an effective leader means mastering the ability to say “no” in a lot of different situations. It’s a crucial skill to master when you consider nine out of ten startups will fail when they try to do more than what’s sustainable. It’s one of the most common mistakes entrepreneurs will make, but it’s also one you can avoid with a single word—or a more diplomatic sentence.

You’ll be able to keep your team focused on the things that matter most to your company. The end result will be better top and bottom lines, improved team productivity, and a thriving business.