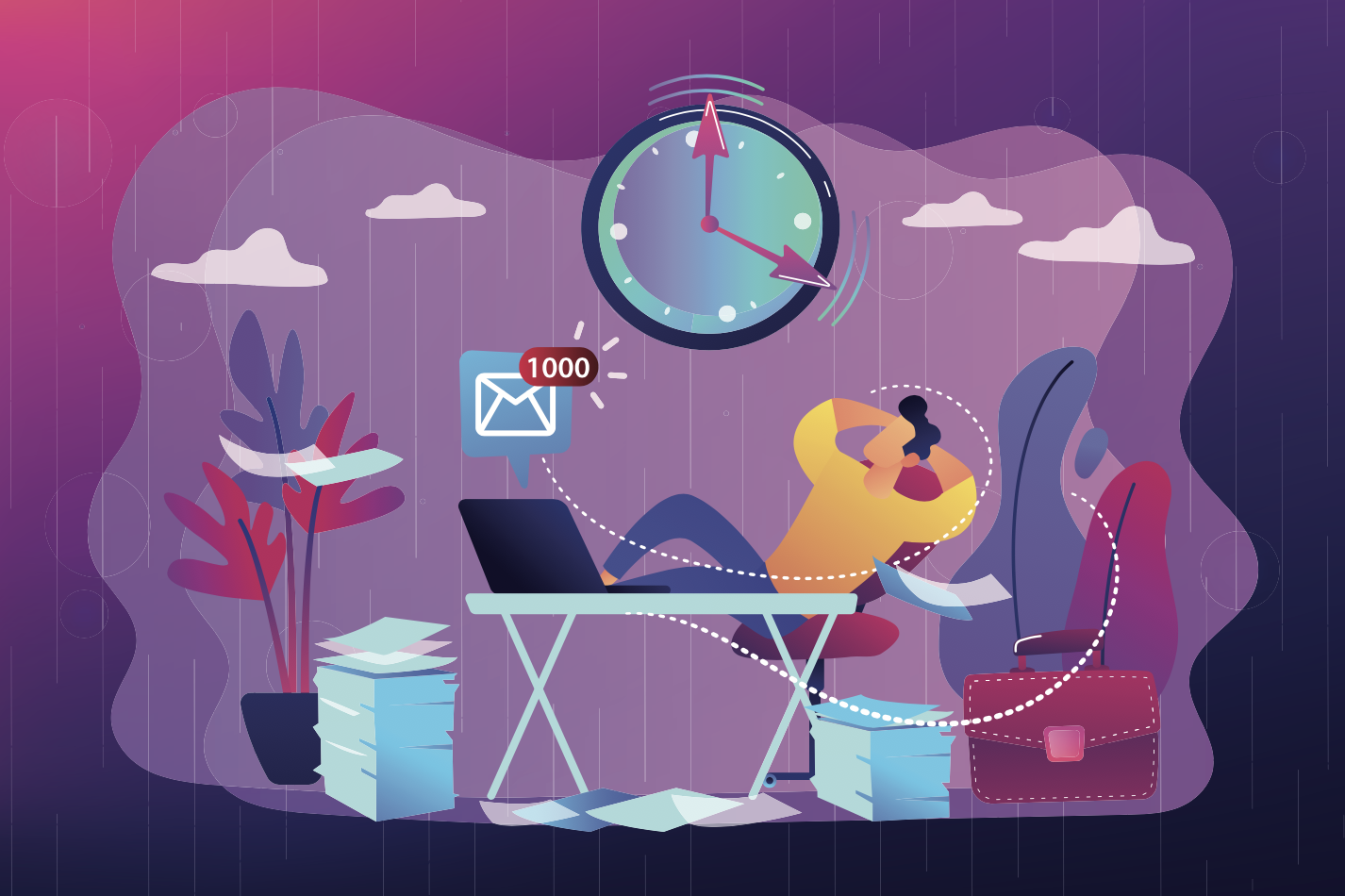 I’ve recently had a problem with procrastination.

A couple of weeks ago, after finally realizing I’d been procrastinating for months, I decided to challenge myself to publish one article for every day in July. A week in, and I’ve only got one piece done (hint: you’re reading it).

Since I’ve officially started my 31-article journey for the month, I figured it was only right to kick things off with a piece about procrastination (since I clearly have so much experience with it).

Here’s how you know when your procrastination has gotten out of hand:

No, you won’t. You won’t even realize when five minutes have passed. You’ll still be doing whatever you were doing when you told yourself you’d get started in five minutes.

I know because I do this all the time. I fall into a rabbit hole on Quora, or get lost on Instagram’s explore page and procrastinate on writing, or work. Every time I catch myself lost somewhere on the Internet, I promise myself that “I’ll log off and get started in five minutes.”

And every time, it’s a lie.

I end up scrolling for another 10, 20, 30 minutes without even noticing, falling even further behind. And I’m not the only one. A survey found that almost 30% of screen-time sessions (how long the average adult is on their phone each time they pick it up) are over two minutes, with 5% being over 10 minutes.

If you catch yourself saying “I’ll get to this later” a lot, stop what you’re doing and spend five minutes getting started on whatever “this” is instead. Even if you’re not able to finish that task in full, dropping everything you’re doing will at least get the ball rolling.

2. You find other “productive” things to do (like cleaning your room) instead of what you’re supposed to be doing.

Have you ever had a big project due, or a really important exam to study for, but just couldn’t get started because your room was a mess?

Have you ever thought doing laundry was a better use of your Sunday afternoon instead of finishing up that report you said you’d have done by Monday morning?

It happens to me all the time. I tell myself I’m going to be productive by cleaning my room or doing my laundry or by meal-prepping and avoid doing what I really need to get done altogether. I tell myself it’s not procrastination because I’m still being productive.

If you’re not doing what you know you have to be doing that’s inherently procrastinating. The problem is, it doesn’t feel like you’re procrastinating because you’re being productive. You’re doing something else that probably needs to be done—it just isn’t quite as urgent.

Finding other “productive” things to do instead of the task at hand is a pretty sneaky habit formed from incessant procrastination. Instead of letting procrastination get the best of you, plan ahead.

Dedicate one or two days of the week to laundry, grocery shopping, meal prepping—whatever it is you’ll think you might use as an excuse to get out of what you’re supposed to be doing. That way, you’ll have nothing else to do but get to work.

3. You look for any excuse to start a conversation with someone.

One of the easiest ways to distract yourself—and to stay distracted—is to call up a friend and start cahtting. It’s something I’m terribly guilty of, and something most of my friends are guilty of too (otherwise they wouldn’t pick up at 2:45 on a workday).

Maybe you owe someone five bucks and want to let them know before you forget. Maybe you forgot to tell your mom you made it back safely from your work trip. Maybe an idea popped into your brain you just needed to tell your roommate about. Whatever the reason, the little voice in your head is telling you to call that person and take care of it

After you call the other person and tell them what was on your mind (which takes about 30 seconds), you proceed to spend the next half-an-hour talking about utter nonsense because you like the distraction. The problem is that 99% of the time, those conversations can wait.

Whenever you get the urge to distract yourself by talking to someone, turn your phone on do not disturb, put your headphones in, play some music and get to work. Ask yourself, “is this something that needs to be discussed right this second.” If it’s not, worry about it later.

Know that that conversation can wait. Set a reminder for yourself and get back to do what you’re supposed to be doing instead.