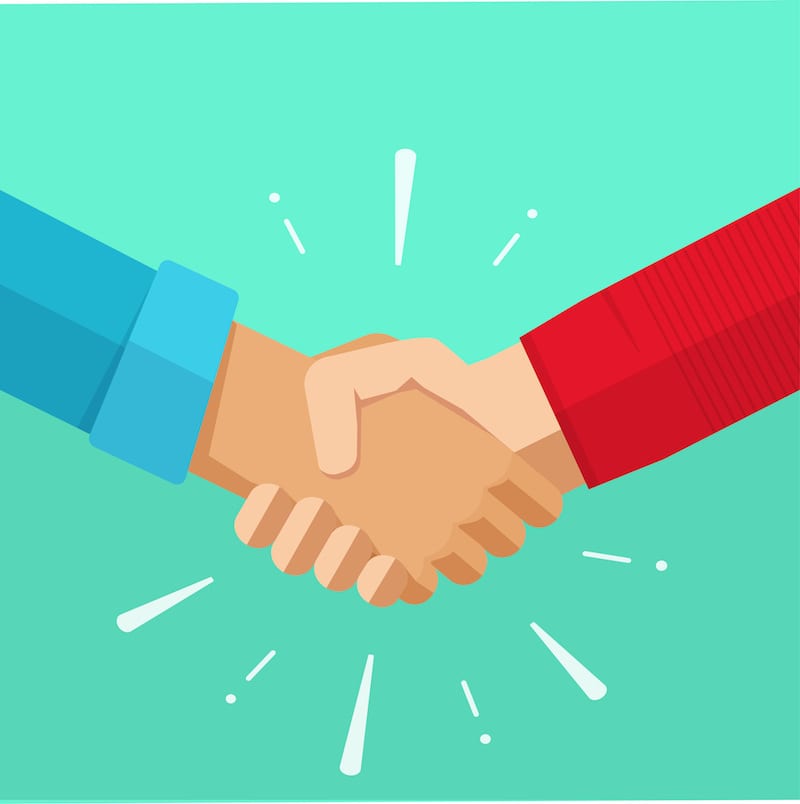 It’s no secret that closing a sale is among the more difficult—if not the most difficult—part of a salesperson’s job.

Every salesperson knows there is no worse feeling than when you can’t close a deal after weeks or months of putting in hard work and taking all the right steps. There are many reasons why a sale might go south, but usually, it’s because you weren’t able to effectively address a customer’s initial hesitations. Some of the most common objections include:

Because these objections come up so frequently, I’m sure your manager has dropped a script on your desk on how to handle them. For your sake, I hope you don’t just stick to textbook responses—they are typically too impersonal. You have to treat leads as real people. This means listening to what a prospective customer really needs and, more importantly, viewing hesitancies as opportunities, not hurdles.

Here’s how to move past the easy answers and get to the heart of the hesitancy:

1. Figure out what’s really going on.

Sometimes a no is just a no. But often, a buyer expresses hesitation when they really just need some extra nudging.

For example, when I’m chatting with a prospect about our thought leadership service, they might say, “It’s too expensive.” While this could mean it doesn’t fit in their budget, it more likely means they just don’t see the value in what I’m offering. Maybe they don’t truly understand the concept of thought leadership or the service itself we provide. It might also be that they simply just don’t trust me—yet.

It’s my job to get to the bottom of the objection.

At this point during the conversation, I have to figure out if they’re hesitant because I haven’t built enough credibility in myself, the company, or the service yet. And then I have to address that.

As a salesperson, if you let go of the lead before determining the true reason behind their objection, it could be a major missed opportunity.

2. Think of objections as opportunities.

An objection is a critical point in the sales journey. It’s a time to take stock of what direction the conversation is going and figure out how you move closer to close.

When a buyer expresses hesitation, they’re offering valuable information. This presents an opportunity to better understand them and tailor your pitch to their needs.

For example, when speaking with a newly funded company, I often hear that their brand profile is just not a priority at the moment, and can I reach out in 6 months. Meanwhile, from a marketers perspective, I know that’s actually one of the most crucial times to put content out there to build awareness, start defining the story, and begin early on building trust and credibility with potential customers, future investors, and even your talent pool!

By finding those opportunities—and leaving the script out of it—you can discover what’s actually needed to move the conversation forward.

As salespeople, one of our biggest jobs is to pay attention to what potential customers are saying, and then make them feel comfortable and valued.

If you’re too focused on nailing your pitch, you’ll miss many of the clues the client gives you. Listen and observe carefully. To get to the heart of a potential customer’s concerns, you need to show you’re really engaged with what they’re saying and make sure to ask meaningful questions and listen—really listen—to your customer’s responses.

Questions will help you acknowledge your customer’s concerns, clarify to make sure you fully understand, and gauge needs and pain points.

For example, say your customer—John—seems interested but is unsure about committing to a longer contract length. He mentioned that he doesn’t feel he’d see enough deliverables at the beginning of the engagement to feel comfortable moving through the longer term. You might say, “John, I completely understand. Do you mind clarifying what you’re defining as deliverables? I just want to make sure we’re on the same page.” Asking this question would help you identify a potential disconnect between your definitions of the word disconnect and ultimately move the conversation forward.

As Judith Glaser, the CEO of Benchmark Communications once said, “The most vital skill set is to ‘listen to connect’—not to judge or reject.”

You have to treat your lead as a person who has a need or a problem you can solve. So don’t jump into a meeting without having some sort of foundational understanding of what their role is, their chief concern, and how you can help. When you come in with background knowledge and actively listen, you build trust and diffuse stress and tension.

And as trust goes up, so does your credibility—and ultimately, your probability of closing.

4. Tell a story that showcases your company’s value.

Heartfelt stories will establish a human connection in a way reading a robotic script will not.

Every salesperson needs an emotionally-resonant company story that tells who they are, what their values are, and why they’re selling this product or service.

In Michael Bosworth and Ben Zoldan’s groundbreaking book What Great Salespeople Do, the authors explain that a successful story needs a main point, a setting, a complication, a turning point, and a resolution. As an example, they provide a story frequently told by Southwest Airline’s former CEO Herb Kelleher:

This story quickly became a part of Southwest’s DNA and gave customers a clear identity for the company. If you can do this for yourself and your business, you’ll be able to gain trust and establish credibility.

Ultimately, this builds connection and fosters a relationship between you and your lead. And relationships close deals because you’re not just selling a thing.