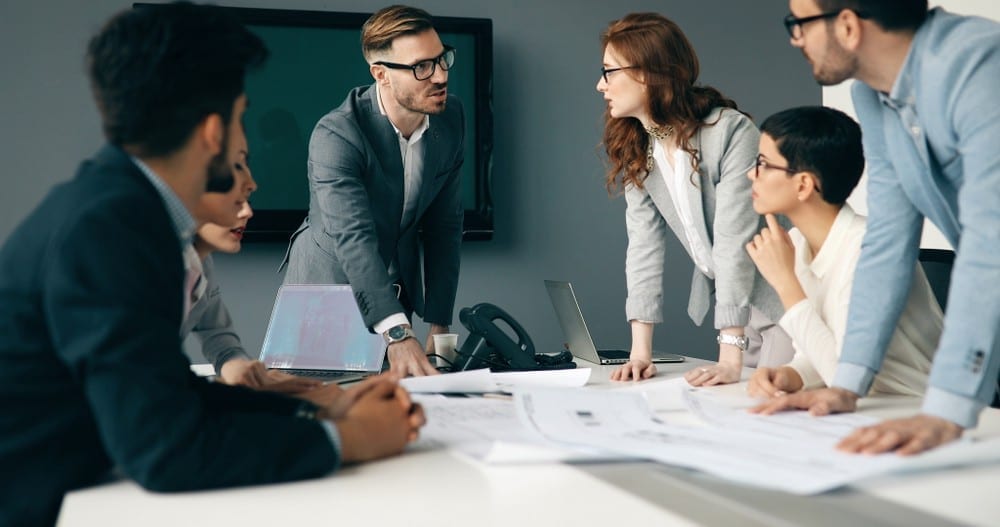 A lot of people picture a negotiation as a battle of wits — two opponents trying to outmatch each other from across a boardroom table.

But the truth is, you win or lose any negotiation long before you sit down at a table.

The actual negotiation is just about tactics and execution. You may have plenty of rhetorical skill, but without true preparation, you won’t be walking away from a negotiation with the outcome you want.

Luckily, preparing for a negotiation is actually one of the more interesting and fun forms of practice.

Almost everyone likes to practice negotiation because the skills you develop are universal. They translate just as well to buying a car, getting a better interest rate on a loan, or vying for a higher salary.

So here’s how to prepare yourself, and your team, for your next negotiation:

1. Decide how to value the situation.

Depending on what you’re negotiating for — and what you hope to gain — you’ll utilize different principles.

The most important thing you can do before a negotiation is figure out exactly what those principles are.

For example, if two kids are negotiating over a pizza, the principle involved is fairness. Each wants a certain amount of pizza, and they both want to get their fair share.

But if you’re walking into a car dealership to negotiate, you probably won’t be negotiating using the principle of fairness. You’ll be using economic principles and attempting to get a vehicle for the least possible cost. Your reference point will likely be any number of sites that identify the dealer “cost” and how much recent customers have actually paid for the car.

And principles can get fairly exotic.There are companies who pay for influencer Instagram posts based on “likes” as the valuation reference.

The principles used could be philosophical, moral, or economic.

But you have to know which one you’re using before you enter the negotiation — whether it’s for acquiring a slice of pizza, a new car, or a multinational corporation.

2. Rehearse with your entire team.

In movies and TV shows, a high-stakes negotiation always revolves around one pivotal moment. One side throws out a question or introduces a new point that changes everything.

Generally speaking, that’s not how negotiations in the business world work.

But there is a way to head off surprises at the table. Instead of thinking only about what points you’re going to make, get your team together ahead of time and do some role-playing.

Have team members throw out objections and difficult questions. Don’t let them go easy on you. Make it as real and as challenging as possible.

Practicing different scenarios ensures you and your team are calm under pressure and capable of thinking on your feet. And these practice sessions are always fun and memorable.

3. Make sure everyone knows their role.

When going into a negotiation with multiple individuals on either side — analysts, lawyers, lead negotiators — it pays to have everyone understand their position.

For instance, some people may not speak at all. They may just sit and observe the other side, taking notes on their body language, speech, and reactions.

When you role-play and rehearse the negotiation, you begin to understand how individuals on your team respond emotionally or where discipline might break down. It also helps you clarify who has the authority to make concessions and decisions.

But role-playing requires time and extensive knowledge of the other side. If your team lacks either of those, you should concentrate on the next two tactics.

Maybe you aren’t incredibly familiar with the other side’s interests and goals.

But there’s a very good chance they have negotiated something similar before. Look to the past and use case studies to gather insight on what the opposition wants and what they may be willing to give up.

This is easier than ever in the age of smartphones and instant internet access. It’s very simple to put together audio or video training on a subject. Even listening to a recording while commuting to work can help you understand some of the most important issues in the negotiation.

You can never go wrong by writing down the key issues in a one-page brief.

At minimum, you should write down the issues, the interests of the individual parties, what’s at stake, and what each party is trying to get.

The process helps clarify your own issues and interests. People often get those two things confused, and they end up negotiating the issues without really thinking about the interests. They don’t stop to consider what’s actually important to them in the negotiation, and they wind up spending too much time and effort on details that don’t really matter.

Writing a brief is simply a way of helping you understand and remember what you already know.

Honestly, I have never met anyone who has regretted putting together a brief or practicing.

So much of getting what you want from a negotiation is derived from your preparation. I can’t guarantee that you’ll walk away from the table feeling satisfied.

But if you prepare well, you give yourself a fighting chance.