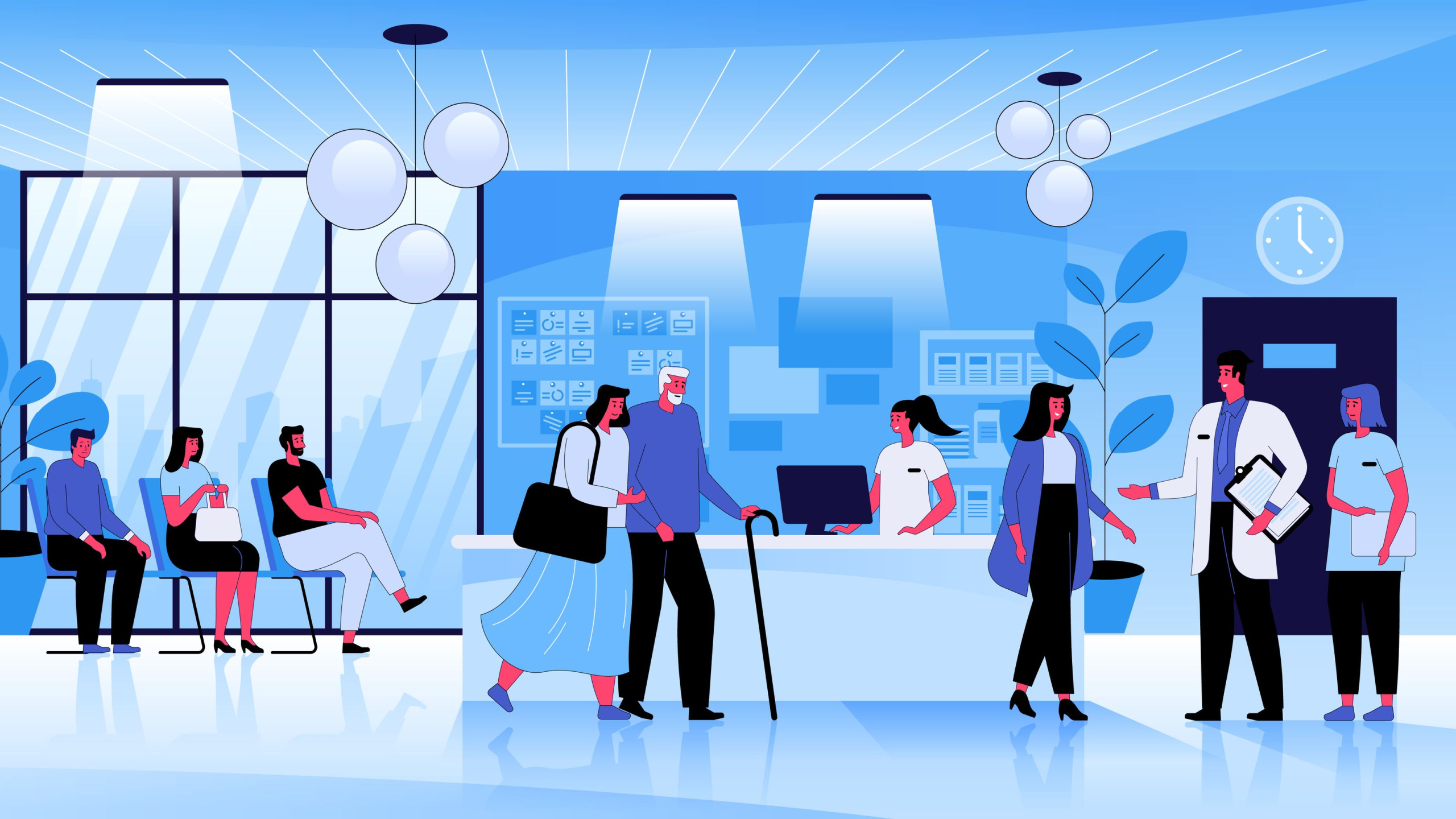 That all changed with the advent of Ambulatory Surgery Centers (ASCs). Smaller and more specialized than hospitals, ASCs gave physicians near-total control over their surgeries, from what procedures they performed to the teams they assembled to the equipment they used.

At the same time, healthcare was getting more expensive.

Between 1970 and 2020, the U.S.’s average monthly healthcare cost per person has risen from $1,875 to $12,531 (both in adjusted 2020 dollars). Steeply mounting costs have forced patients to look for care outside of hospitals. ASCs have become the overwhelming option. By 2027, the global ASC market is expected to grow to $117 billion.

Why are ASCs so much more appealing—and growing so rapidly?

ASCs have significantly lower overhead than hospitals, chiefly because of how efficiently they manage patient arrivals and exits. Getting in and out in one day costs ASCs much less than hospitals pay to hold patients overnight. It also means ASCs can handle more volume, pay less for personnel, and increase profits even while charging patients less.

These dynamics have unlocked a slew of other financial and quality improvements. Here are three of the most significant:

1. Lower reimbursements for insurers. ASCs offer specialized surgery options in smaller, more easily manageable care centers than hospitals. As a result, their operating costs are significantly lower, and they can charge heavily reduced rates for the same procedures that patients could get at hospitals.

The reduced costs end up getting passed on to insurers, who pay a fraction of the reimbursements that they’d pay for hospital-based procedures. The difference is stark: a pacemaker implant that Medicare reimburses at $14,540 in a hospital only costs them $3,721 in an ASC.

As a result, insurers have pushed for more procedures to be included in the ASC covered list. They’ve been successful; in 2018, Medicare added knee replacements to the list of procedures coverable by ASCs. There are about 800,000 knee replacements performed every year in the U.S., and they cost about $8,000 less in ASCs than in hospitals.

2. Better revenue model for physicians. Physicians solely own the majority of ASCs in the U.S. As a result, they get to design more favorable pay packages than hospitals; 92% of ASCs have made physicians equity owners and offered additional financial incentives for certain services. Certain payers also offer ASC-based physicians cash bonuses.

Given the influx of demand caused by lower overall costs, there is no shortage of patient demand for ASC services. Thus, physicians working in ASC settings can expect to handle more volume at more favorably compensated rates.

Giving physicians autonomy over the type and volume of work they do came first. Offering a highly favorable revenue model has made ASCs an irresistible option for many physicians.

3. Better patient experience. Set aside the fact that patients pay so much less at ASCs—the outpatient centers also offer a significantly better experience.

In hospitals, surgeries are often rescheduled due to unforeseen conflicts like increased emergency room demands. ASCs, which have a well-defined scope of capabilities, don’t face nearly as many ad-hoc scheduling conflicts. Patients can therefore expect that when they make an appointment, the date is unlikely to change.

Plus, ASCs offer patients more direct access to physicians. When they need to raise concerns, patients can do so directly with the people performing their procedures, and get much more informed, personalized responses than they’d get from hospital administrators.

All in all, patients can expect a more personalized, efficient, and cost-effective experience in ASCs than in hospitals.

All three of healthcare’s biggest stakeholders—physicians, patients, and payers—get more favorable treatment from ASCs than hospitals. And it’s not entirely clear how hospitals can keep up. Some hospitals have begun acquiring ASCs in hopes of recapturing the lost revenue, a tactic one expert described as “likely ineffective” in the long run. More probably, hospitals will have to develop more creative solutions to stop outmigration before it happens.