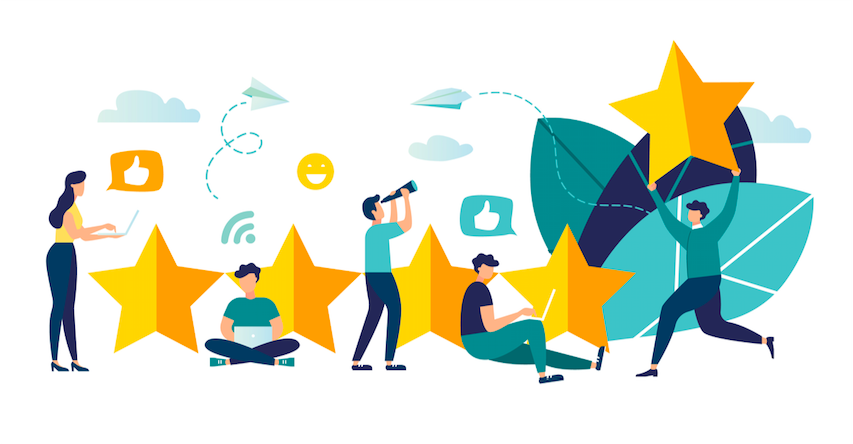 People define success in a lot of different ways.

Some think it’s a certain amount of money. Others define it as a way of living, a level of freedom. The truth is, you can define success a hundred different ways—the only thing that matters is whether or not you’ve met the expectation you have for yourself.

If you ask most people what they want out of life, however, almost everyone will say, in some way, that they want to be “successful.” They want the big promotion, the fancy car, the house on the hill, the powerful network, the list goes on. Unfortunately, because “success” is a subjective aim, very few people have any sort of actionable plan or even idea as to how they’re going to achieve the success they want so badly. They believe, if they say or think about it enough, success will just “happen.”

Here are the things you should start doing in your 20s to guarantee you’ll be successful—no matter what.

The sooner you get started, the better.

Life only gets busier.

But this is a dangerous cycle. Take 5 or 10 minutes, per day, and start practicing the habit of working on your emotional health now.

2. Spend time with people who aren’t in their 20s.

You don’t learn as much spending time around people who are exactly where you are.

You learn by surrounding yourself with people who are further along, who have been where you are and have moved to the next level. If you’re in your 20s, then you want to spend time with people in their late 30s, 40s, 50s and above. They’re the ones with the answers—not your friend who is 25 and still trying to figure things out for him or herself.

3. Save and invest as much money as you possibly can.

Investments benefit most from the variable of time.

The sooner you can get started saving and investing, the more dramatic your gains will be over the long term. Business Insider published a great piece on this about how much more money you’d have for retirement if you started saving when you were 25 as opposed to 35.

The difference is massive.

Second, financial freedom doesn’t come from buying new sneakers or mimosas during brunch. Financial freedom starts to happen when money becomes a tool for you to use to make more money. It has to work for you—not the other way around. And the sooner you start practicing that skill, the faster you’ll get to a place where you’re financially secure.

4. Get rid of friends who aren’t going anywhere in life.

This might sound harsh, but it’s true: you are a direct reflection of the people around you.

At a certain point, it’s important to realize where people are headed in life, and how much time you want to continue investing in those relationships. You don’t have to be mean about it, or stop talking to long-time friends entirely. But you also shouldn’t keep spending two nights per week getting beers with your buddy who is entirely comfortable in his cubicle job—if that’s not the sort of life you want for yourself.

5. Keep reading (even though you’re out of school).

So many people stop reading in their 20s.

We live in the age of Netflix shows and podcasts, YouTube series’ and IGTV interviews. But the truth is, reading is a completely different experience. It slows you down. It forces you to think deeply. It’s also one of the only forms of knowledge transfer that allows us to receive insights from those who can decades, even centuries, before us.

The smartest people read—and you should too.

6. Find a workout regime that supplements your primary aim in life.

Success is almost always rooted in some form of physical exercise. Even the chess titan, Bobby Fischer, swore by his exercise routine to stay in shape and focused for upcoming matches.

When we’re young, we tend to only associate physical exercise with “sports.” But as we get older, physical exercise becomes one of the few ways we can maintain a relationship with ourselves—our gym time is our personal time; an early-morning run clears your head for the day.

Instead of only associating exercise with “getting fit,” think of it as a routine to make you better in all aspects of your life.

We all have things we love to do purely for fun.

Unfortunately, they tend to fall to the wayside as life continues to take its course. Our hobbies become reprioritized. Our careers take over. Add in a family, kids, bills, vacations, etc., and next thing you know, it has been ten years since you picked up the guitar or wrote in your journal.

But our hobbies are what keep us grounded. They help us remember not to take life too seriously, and to always make time to enjoy the journey.

8. Find a mentor—and forgo short-term rewards for knowledge that will last a lifetime.

Everyone in their 20s is so obsessed with becoming successful as soon as possible.

And while this sort of hunger to succeed is great, it should never cause you to make short-sighted decisions. For example, what’s more valuable: pitching your services for $1,000 but being treated as a vendor? Or performing your service for free but getting to work directly with the person you want to learn from the most?

A lot of people would disagree with this sort of mentality, and yet it’s one of the greatest “success” shortcuts on the planet. The more you can give up short-term rewards, and invest in yourself, the slower things might be in the beginning but the higher your ceiling will ultimately become.

9. Nurture your relationship with your significant other.

I used to think you could only become successful (in your 20s) if you were 100% dedicated, obsessed with making progress, and, well, single.

There are a lot of entrepreneurs, especially, who live by this sort of mentality—and even the ones that do have relationships will regularly de-prioritize their partner. And even their partner will eventually say, “He always says he has to work, and there’s no time for me.”

But this is a flawed approach to both business and life.

I’ve come to learn (through my own relationship) that having someone to share the journey with, to emotionally support you along the way, isn’t going to hold you back. If anything, a life partner will make you better—which means it’s your responsibility to help nurture that relationship along the way.