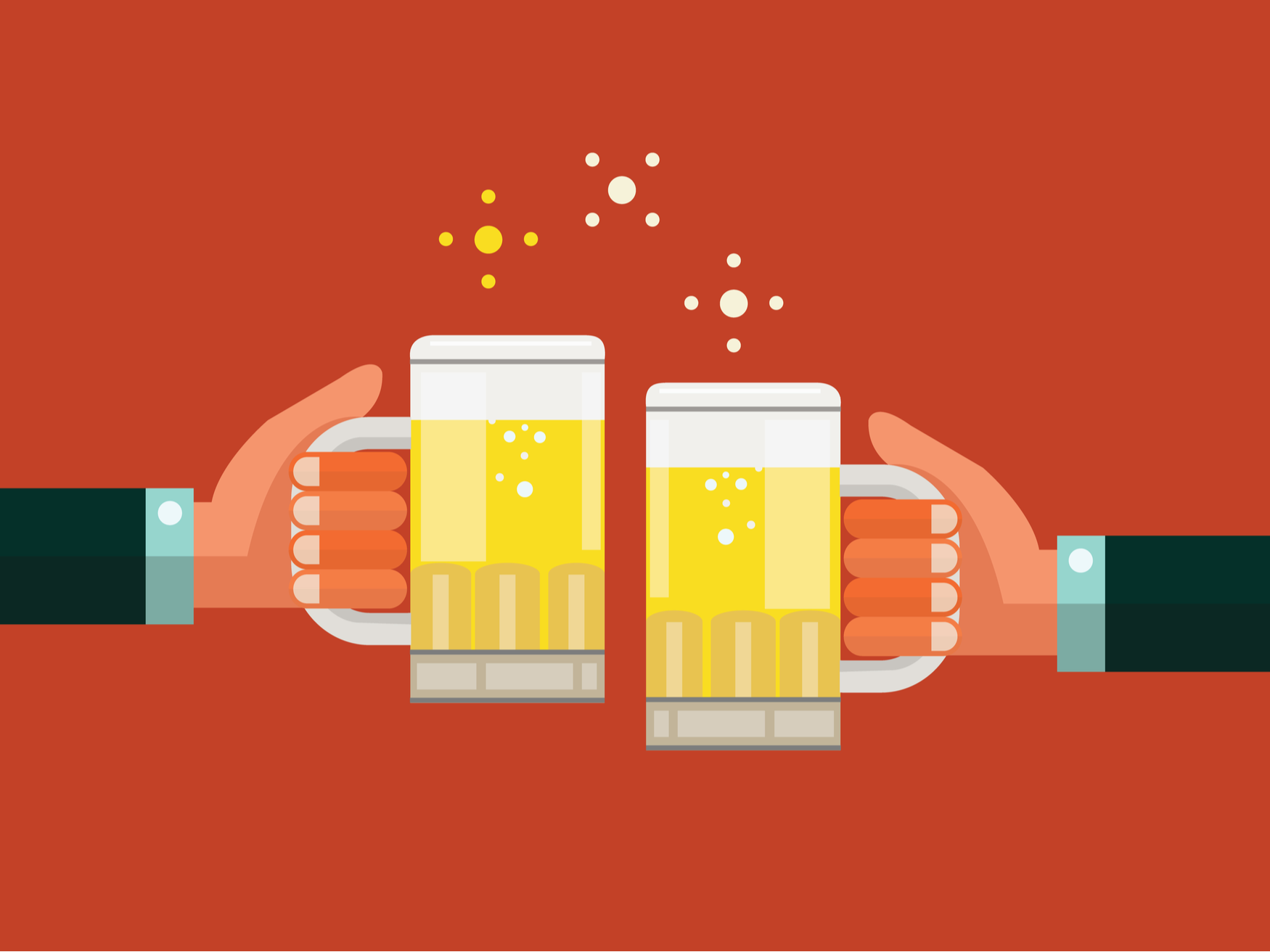 In extreme cases, you have the Ubers of the world where company culture consists of “team building” retreats that double as ragers. Or, on the flipside, companies that spend millions of dollars on retreats that consist of meditation and sound bath healings, indulging in health-conscious snacks and listening to Deepak Chopra. But whichever version of “fun” you prefer, it’s worth acknowledging that the lines between personal and professional in today’s work culture have officially become blurred.

One of the biggest issues people used to have at work was learning how to “let their guard down.” There was this constant feeling that you had to hide the things that made you “you,” because all that mattered was your professionalism and quality of work.

Today, there seems to be the opposite problem. We have moved forward as a society and learned that the work we do feels more meaningful when we build authentic relationships with the people around us. As a result, work environments have become more casual, rules have been relaxed, and company happy hours are the new norm.

As a new hire, though, it can be tricky to navigate this type of working environment, especially if it’s your first time dealing with a casual workplace. So here are five ways you can balance professionalism when your workplace starts to feel more personal:

1. Be intentional about the way you show up—personally and professionally.

Whenever you’re stepping into a new work environment, you have to always remember why you’re there.

For example, if you are going to a networking event, the intention of the event may be to generate new business, or to build relationships with local vendors. That’s your job. So even if there is an open bar at the event, and people are talking more casually, your intention should still be the same: you are there to build meaningful relationships for your company, period. Think about what allows you to achieve that intention—if you are five drinks in, you may expose yourself to consequences that go against your goal.

Or if you’re at an internal team retreat, remember that the intention of the event is to provide an environment outside of work for team members to get to know each other better, strategize for the upcoming quarter, or celebrate a business milestone. These retreats often have overnight stays and down-time but that doesn’t mean they’re a slumber party where you gossip about team members. Think about what allows you to be a productive teammate, and show up with that intention.

2. Recognize that you are your own advocate.

For a lot of recent graduates going into a casual workplace, it’s easy to think that the new office culture is similar to cafeteria culture. They are very used to talking with their friends, gossiping, and not thinking anything of it. But in a work environment, if you say something about someone else (especially if you are on a small team), the likelihood they hear about it is very high.

And at the end of the day, if you get called out for saying something rude or out of line, even if other people were doing it too, nobody is going to go to bat for you. Casual workplace or not, you have to remember that everyone has to look out for their career. Which means, before you expect anyone else to be your advocate, you have to be an advocate for yourself by putting your best foot forward.

3. Acknowledge who you are when you let your guard down, and nurture that version of yourself.

When no one is looking, who are you?

A big part of personal development in a professional setting is really acknowledging who you are when you let your guard down. Is that version of yourself you can wholeheartedly trust?

The reason this is such an important question is because work can be stressful. At some point, inevitably after a long day, or maybe after a stressful week, you are going to feel like you don’t want to be the “professional” version of yourself. But who is that person you become when you are tired? When you’re grumpy, or just having a bad day and don’t have the energy to be extra thoughtful, considerate, and put together?

This is the part of yourself you need to be aware of and evolve.  Because when your guard is down, you should still feel proud of the way you interact with those around you.

4. Be your authentic self, while being aware of your surroundings.

The word “authentic” is deceiving.

However, if someone is racist, then you actually wouldn’t want them to be their “authentic self” at work. You would ask them to leave those comments at the door (and hopefully encourage them to work on that within themselves outside of work).

5. As inclusive and amazing as the culture might be, realize that it’s still a company, and not a family.

Today, a lot of startups throw this phrase around where they tell the team, “We are a family here.” But the truth is, most families don’t just disown somebody if they do something out of line. But in the working world, one wrong comment at a company event, one inappropriate email, one bad day and you could be right back looking for a job.

We see a lot of entry-level employees and recent graduates make this mistake. They walk into companies and say, “This is great. They say I’m part of their family and we get all these fun perks,” and then six months later, they’ve gotten let go. And for them, it feels abrupt. They really thought they were part of a “family,” and that any mistake they made would be forgiven and talked about.

So, while this trend toward casual work culture brings with it plenty of perks, it’s important to recognize that work is still work. Actions still have consequences. And as close as you may be with your co-workers and managers, these relationships must have healthy boundaries.