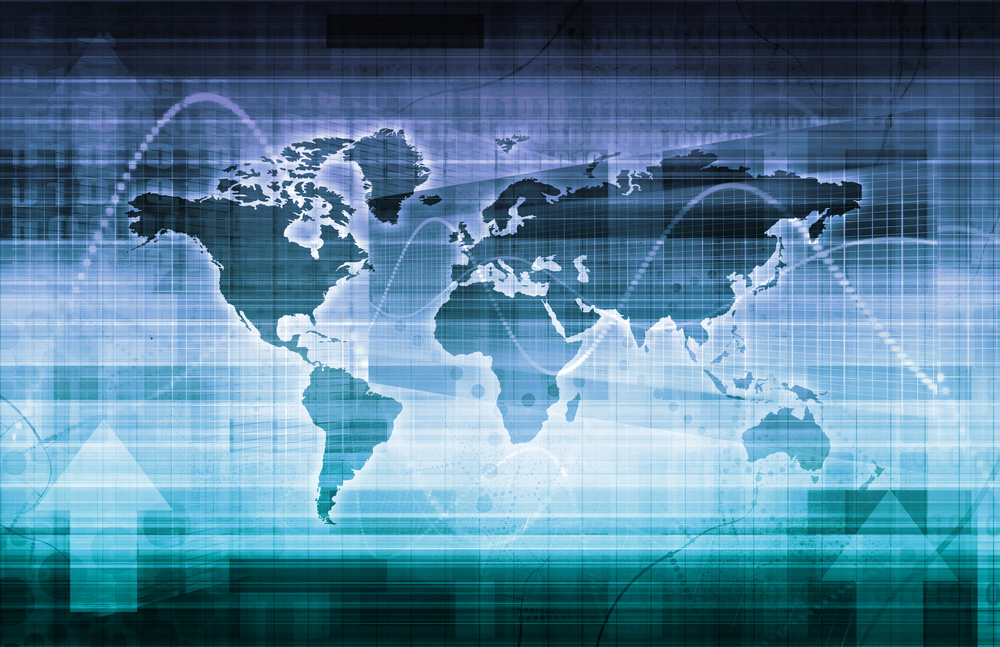 The following is adapted from Bitcoin Pizza: The No-Bullshit Guide to Blockchain.

Over the past few decades, the globalization of supply chains has gone from being a radical outlier to a commonplace. The simplified version of the story runs that, as communications technologies connected us globally, and transport technologies enabled the shipping of parts, local supply chains morphed into global ones. Now, we think nothing of purchasing electronics from Japan, avocados from Mexico, and toys from China in a single visit to the supermarket.

My father’s business was in retail and became involved in a number of different products: toys, patio equipment, chemicals, and so on. His company was one of the first, back in the eighties, to outsource offshore manufacturing to China. This was early in the trend of connecting with overseas firms to scale production, which coincided with the advent of the computerization of inventory management and other large-scale business processes.

I spent many weekends playing hide-and-seek in warehouses, riding on forklifts, and playing with a really nifty coffee-vending machine that actually dropped a cup and poured coffee all at once—don’t worry, the ten-year-old me was drinking hot chocolate. I stood in awe of the massive IBM mainframe computers running the whole show, from inventory, to automated sorting, to the trucks in the loading dock. It was like magic. I guess you could say I come from a long line of obsessive systems thinkers.

Hundreds of materials and components from all over the world go into making an iPhone.

Countries of origin impose tariffs on materials, and the countries in which the product is assembled are often half a world away from where they are sold. This makes controlling authenticity and quality challenging, with gray markets enabling counterfeit and diverted products to enter the supply chain.

Some manufacturers have sought to resolve the situation by pursuing vertical integration, a solution that effectively amounts to owning their own supply chains. A number of direct-to-consumer brands have popped up to take advantage of this niche.

When launching its business, Warby Parker took a close look at and analyzed the supply-chain logistics of Luxottica Group, the world’s largest manufacturer of eyeglasses and frames. By eliminating some of the links in the chain—some of the vendors—through vertical integration, they were able to offer glasses to consumers at a significantly lower cost, while continuing to preserve margins similar to Luxottica’s and making a comparable per-unit profit. It was probably even more valuable that they owned the relationship with their customers. They were producer, brand, and retailer simultaneously.

Another example of vertical integration is Harry’s, the direct-to-consumer razor company. They put themselves in competition with Gillette, whose business model involves a very traditional supply chain. Harry’s made a point of meeting and talking with razor component manufacturers. It turns out that there aren’t that many, and most were completely beholden to, although not owned by, Gillette. Harry’s had to raise about $120 million in private equity funding to buy its own razor factory.

That was their solution. After understanding how monopolistic and complicated the current system was, Harry’s decided they needed to own their own production. While the approach made business sense, it couldn’t be called innovative.

This model has been extensively replicated for products of all kinds, such as luggage, shoes, and Casper mattresses. In my opinion, this is as good as it’s going to get in terms of optimizing traditional supply chains. And this is still a suboptimal solution to the problems being faced and the issues at stake.

The next step? Utilize blockchain technologies to move from supply chains to demand chains.

Like all applications of blockchain, the concept of demand chains is still in its early phases. Nonetheless, it’s highly exciting and has the potential to transform how we think about distribution. Let’s explore a few possibilities.

The value of local production hasn’t diminished. People from all over the world want to buy products from brands that are based in New York, for example. While there will always be local crafts, we’re never going to go back to a system entirely founded on production from local artisans. The global genie is out of the bottle. What will emerge instead will be a combination of the local and the global.

This won’t occur by consolidating the factory model. Henry Ford’s assembly line was an innovation at the time. All the competitors who didn’t adopt his production model were put out of business within twenty years, but that was over a century ago. It seems a little crazy to further automate and network a production and supply-chain system that is essentially outdated. Blockchain offers wholly original possibilities, that address certain fundamental flaws and inefficiencies in the current supply-chain system.

Let’s say it has cost General Electric (GE) millions of dollars to design a jet airplane engine part. The way things work today, an original equipment manufacturer (OEM) like GE will mass-produce such parts in one location, where they can manage production, compliance, and quality. These parts are then sent around the world to airports or maintenance facilities, where they sit on shelves as inventory. The same goes for auto parts, food, clothing, and pretty much anything you might buy or consume.

Blockchain, combined with technologies such as additive manufacturing, can flip this model on its head. It can not only save GE and other companies millions of dollars by eliminating logistical leapfrogging but ensure higher-quality products that haven’t been sitting on shelves. Blockchain can eliminate inventory costs and risk, and contribute to sustainability by preventing companies from overproducing.

But there’s a catch. GE is not going to put the design file for its airplane-engine part into a database so that 3-D printing machines can manufacture it in every airport in the world. They need and have a right to protect their intellectual property (IP). The part did cost hundreds of millions to design, after all.

The design file could, however, be placed in a blockchain, rendering the IP secure and trust unnecessary. Each time the part needs replacing, the design file could be unlocked directly from the industrial 3-D printer and the part manufactured at the airport where a replacement is needed. GE gets paid for its IP, which remains secure and is unlocked again the next time a replacement part is needed.

In this scenario, GE brings together the global and the local. As a world-class company, it maintains access to the expertise needed to design high-quality components, that will be in demand around the planet. At the same time, it massively reduces the cost of producing and delivering those components, all without compromising quality or sacrificing IP rights.

When we make this shift, and harness the power of blockchain, new solutions unfold. We can make things as they are needed, through just-in-time or on-demand production, turning supply chains into far more efficient and cost-effective demand chains.

Think of the innovative business models this approach would enable in many different industries and verticals, such as apparel and agriculture. Products would be ordered and delivered on an as-needed basis. Instead of building huge factories in remote locations, the products would be manufactured relatively locally, cutting down on shipping costs. You might think of this as a very innovative method of drop-shipping.

This method also has the advantage of representing real competition to the monopolies of existing centralized companies. Once established, this approach could successfully compete with Amazon Prime two-day delivery. While Amazon has done an excellent job of supply-chain optimization, there’s always a better way to do things, especially in technologically transformative times like the present.

Hungry for more? For more insights on how emerging technologies like blockchain will impact your business and daily life, be sure to check out Samantha Radocchia’s #1 Best Selling book — Bitcoin Pizza: The No-Bullshit Guide to Blockchain