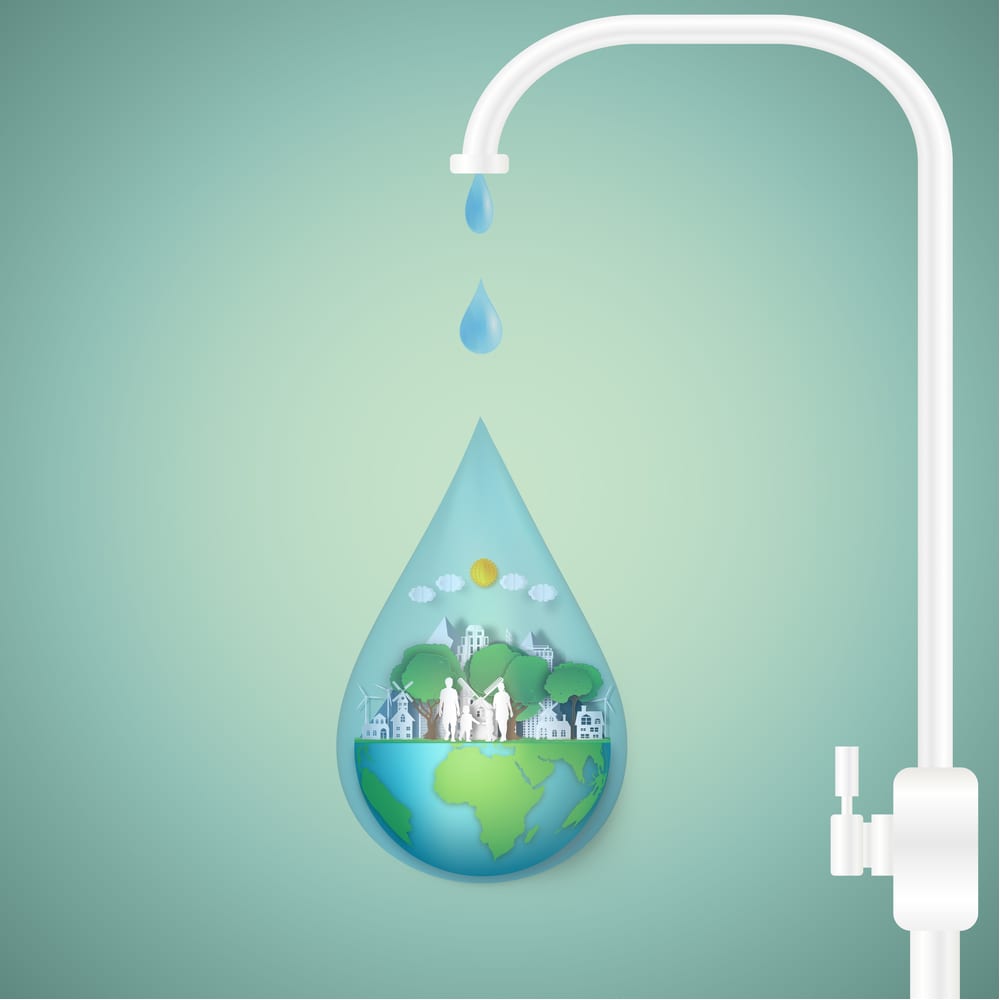 Recently, EPA chief Andrew Wheeler commented that combating climate change wasn’t his top environmental concern; rather, he wanted to focus on the lack of clean drinking water plaguing towns across the country.

The outrage in response was quick and understandable. It struck me, initially, as something of a cop-out. It felt like a missed opportunity to double down on what amounts to a smart and prudent investment opportunity: green energy infrastructure.

The truth, however, is that prioritizing clean water isn’t necessarily an oversight. Rather, it should be thought of as a positive — both for America’s future in general and in our efforts to fight climate change more specifically.

They better the same ecosystem, in other words.

If this strikes you as a bit suspect, consider, for a minute, the current state of water in our country. According to the LA Times, water poverty affects “nearly 1.6 million people in the U.S.” What’s equally alarming is that nearly one-fifth of Americans are exposed in their daily lives to unsafe drinking water.

According to CNN, “More than 5,300 water systems in America are in violation of the EPA’s lead and copper rule.” According to American Water Works, 44 percent of America’s water infrastructure is considered poor. There are roughly 240,000 water main breaks every year as estimated by the American Society of Civil Engineers — many of which could be predicted and repaired cheaply with modern technology. These failing conditions have resulted in shortages of clean water that affect the health and safety of people in hundreds of cities across the country.

That America’s water system overall is in need of improvement cannot be contested. And to bristle over whether guaranteeing access to clean water should fall lower on the proverbial totem pole of environmental priorities is unproductive. What we should be focusing on instead is holding the Wheeler administration accountable for following through on his promises.

To this end, it benefits us to define what, exactly, clean water solutions look like.

What’s the goal, and how do we reach it so that Americans have clean drinking water and American industry has sufficiently processed water to run its economy?

The reality is that the conditions which created the clean water crisis in Flint, Michigan, exist in towns across the country. The EPA has reported that fixing all affected water systems could cost somewhere around $385 billion, according to USA Today.

Separately, the water treatment plants — which are integral toward providing citizens clean water — are themselves in need of an overhaul; many are more than 40 years old and don’t satisfy EPA requirements.

The Wheeler administration, then, must make the investments necessary in ameliorating these varying components of the clean water equation.

In doing this, we must hold Wheeler and the EPA accountable.

The Wheeler administration is admitting that clean drinking water is a right and that America has not been up to the task of providing it. Americans pay over $7 billion a year for bottled water — many because they believe it is safer for their families — but only half that amount for their annual water bills to the local utility company.

It’s incumbent upon us, then, to demand that Wheeler and his administration create real deadlines for water utilities to implement the clean water solutions they’re committing to. That looks like pushing our local representatives to work with the EPA to mandate investment into upgrading infrastructure. We must demand that they test them regularly to ensure they’re adequate, and then prove to all of us that the water is, in fact, safe.

If we’re loud and persistent in this effort, the federal government will be more likely to follow through.

Now, some climate activists may still contend that there are more important problems to focus on than fixing our water systems — like, say, curbing emissions. But investing in the amelioration of our water systems in the fashion identified as necessary by Wheeler’s EPA will without a doubt further our country in our fight against climate change — and, again, that’s what we should be focused on.

Remember, investing in clean water is a climate solution.

The reason is simple. Fixing water systems is an example of what the fight against climate change ultimately needs to look like: upgrading and improving our infrastructure in a manner that benefits a new and improved ecosystem.

Further, our water systems are using 20th century technologies which all have modern improvements that have been widely deployed in Europe, Israel, and other places. These solutions use less energy, avoid the chemical solutions of the past, and avoid expensive mistakes through better planning. All solutions which further us to this end should be embraced — from investing in affordable energy, to moving away from plastic water bottles, to upgrading our clean water systems.

If we neglect to embrace these more fundamental aspects of the larger puzzle, it’s at our own disadvantage. At stake is the continued functioning of the foundational systems our neighborhoods and economies rely upon.