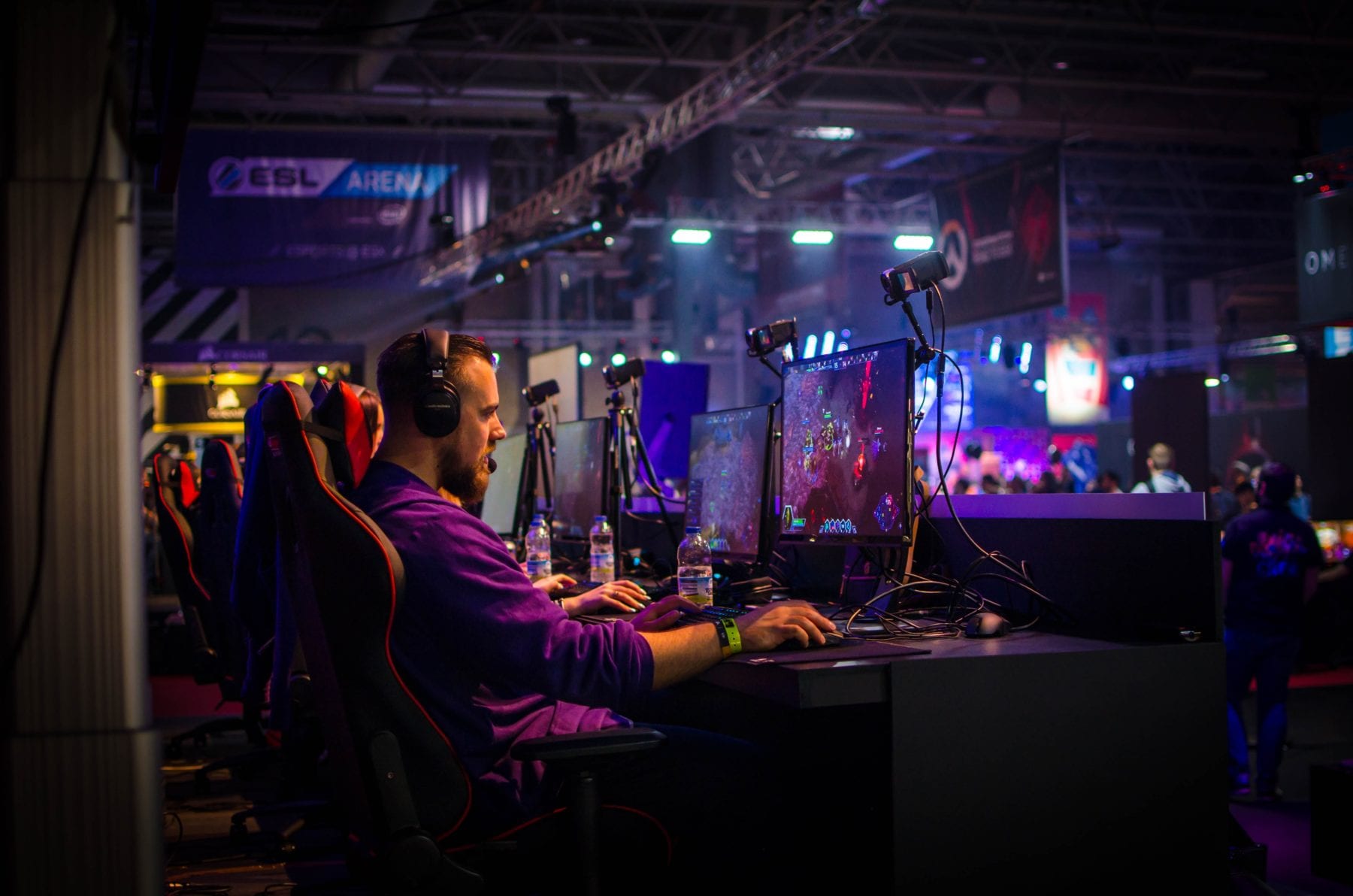 I first heard about Ethereum’s blockchain technology in early 2017–back when Ether was priced at $30.

The idea behind blockchain technology was interesting to me. The more I read, the more I could imagine a world in which variables were predetermined by participating parties, and acted upon autonomously of human day-to-day involvement. I thought through different use case scenarios, and saw how it could impact music publishing and royalty distribution. I saw the impact it could have on privacy and the analyzation of big data. But if there’s one industry I have continued to think hard about in terms of technological disruption, it’s gaming–and I am a big believer that cryptocurrencies and blockchain technology will be the catalyst.

The reason I’m so fascinated by use case scenarios for the blockchain in the gaming space is because when I was 17 years old, I was one of the highest ranked World of Warcraft players in North America.

I also had one of the first e-famous gaming blogs on the Internet, way back in 2007 before blogging was considered “cool.” I was part of an elite group of gamers that essentially pioneered the booming eSports industry we know today, specifically within the World of Warcraft.

Back when I was a gamer, the concept of earning a living as a professional gamer was nothing more than a far and distant dream. Today, the eSports industry is valued at about $700 million, with an anticipated value of $1.5 billion by 2020, according to Business Insider. This has created an onslaught of smaller niche industries within professional gaming, covering everything from branded sponsorships to influencer marketing and beyond. It’s not unheard of for a teenager to make six, or even seven figures as a professional gamer, streamer, and/or YouTuber. A decade ago (when my dream was to become a pro gamer), none of that existed.

When Inc Magazine named Riot Games Company of the Year in 2016, that’s when I knew we’d turned a corner. The eSports industry had officially gone mainstream, and was finally starting to solidify itself in the broader business world.

But eSports is just one chapter in a much larger story.

When you start to look at the gaming industry as a whole, and the role eSports has played in its evolution and mainstream adoption, what you’ll find is a breadth of opportunity for entrepreneurial disruption. There are so many more niches under the umbrella of “gaming” that it wouldn’t be fair to call eSports and professional gaming the focal point.

With blockchain technology stepping onto the scene, we’re now discovering so many other sub-niches where gamers, developers, fans, advertisers, and both hardware and software companies can push the boundary. Sticking with eSports for a moment, the followership surrounding games like League of Legends, Hearthstone, World of Warcraft, and more, rivals that of mainstream sports like football–and subsequently, platforms like DraftKings. Seeing this trend, Mark Cuban got behind Unikrn, a blockchain platform that allows users to bet on eSports matches in the same way.

Another example of how blockchain technology is disrupting the gaming space is in making use of idle hardware and computing power, with a platform by Aura called GammaNow. If you’re a gamer, you probably have a well-built rig. Why not get rewarded for the hours you aren’t actively using it? According to VentureBeat, “PC gamers lend their idle computing power in exchange for rewards such as in-game credits, skins, hardware discounts, meet and greets with game celebrities, and eSports tickets.” These GammaPoints can then be used to unlock rewards in popular games like Overwatch, Hearthstone, and League of Legends.

If you’re a gamer, this is an obvious quick win. (And besides, every gamer loves finding more ways to rack up digital rewards.)

But the value of cryptocurrencies isn’t just incentivizing players inside games–but developers to make them in the first place.

One of the core challenges game developers face is in the distribution of the games they build.

It’s a fragmented market. While game developers might be savvy enough to build the games themselves, being  paid for the games they build is another issue entirely–especially when you’re a consumer in one country looking to purchase a game developed in another.

One of the primary value adds cryptocurrencies have in society is their ability to improve transactions around the world–by removing the need for centralized banks. On a macro, economical level, the benefits of this are fairly obvious. But from a micro, even niche level, such as in terms of gaming, that is an entire industry in itself.

For example, Unity Technologies is responsible for providing the underlying code of some of  the most popular games in the world–including the viral sensation Pokemon GO, and other hits like Hearthstone and Angry Birds 2. According to Variety, “2.4 billion mobile devices currently have games installed that have been built with Unity, and the company saw some 5 billion downloads of Unity-powered games in Q3 of 2016 alone.”

To put it simply: if the gaming industry as a whole is already growing at an exponential rate, then reducing some of these points of friction by allowing purchases through tokens will turn this industry into a rocket ship.

If you’re not a gamer, it’s easy to think some of these speculations are “far off,” but as a gamer they make complete and total logical sense. Most people don’t know that just about every MMORPG with a functioning in-game currency already operates in a similar fashion. There are websites right now where you can purchase in-game World of Warcraft gold for fiat–and it’s been that way for decades.

The fact that we have a language now to that transaction process is not only exciting, but disruptive.

Cryptocurrencies are going to catapult the gaming industry forward.