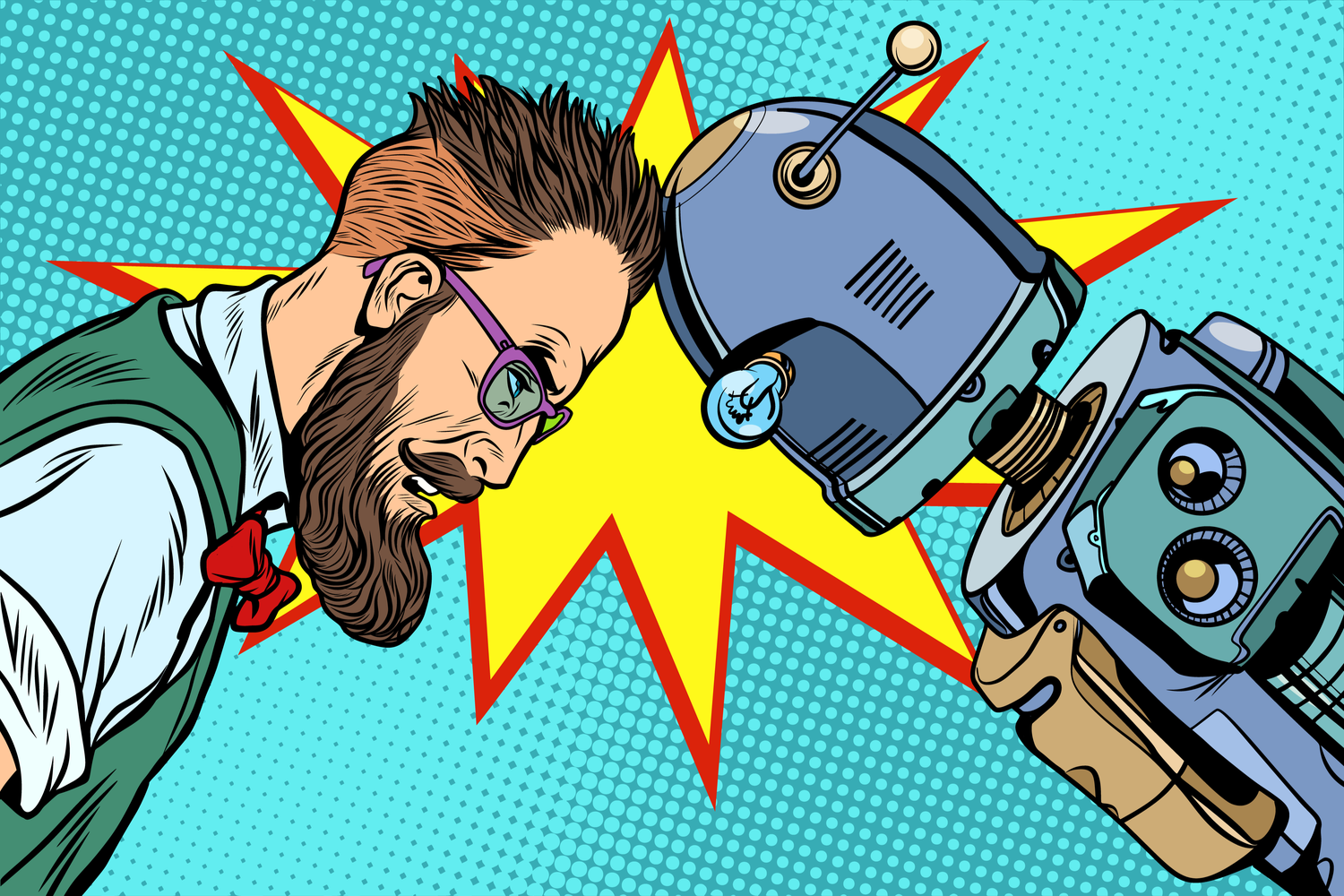 So, it was a great honour for me to meet him and his wife on the 20th floor of an apartment building in San Francisco—even though the building caught fire while we were speaking.

Regardless of who we are, or where we’re from, we all make the same facial expressions.

Dr. Paul Ekman has been called one of the most important psychologists of the 20th century. His research was adapted into the compelling Fox drama “Lie to Me,” and in 2009 Time Magazine listed him as one of the 100 most influential people in the world.

I’ve been fascinated with body language since I was 16 and his research has deeply impacted my own career.

So, it was a great honour for me to meet him and his wife on the 20th floor of an apartment building in San Francisco—even though the building caught fire while we were speaking.

The fire was on the 12th floor, with no way of safely taking Dr. Ekman and his wife (both in their 80s) down 20 flights of stairs through thick smoke. We quietly said our prayers and hoped there might be a helicopter evacuation on the roof. After nearly an hour of worry, the police chief declared the building safe again and people came back in.

Then we resumed our interview.

Dr. Ekman’s most famous piece of research suggests that there are six or seven universal facial expressions.

When Dr. Ekman began his work more than 50 years ago, there were two opposing schools of thought on human emotion. The first came from Charles Darwin, who believed that human expressions are universal to the species that had evolved from the expressions of other animals. On the other side of the spectrum, anthropologist Margaret Mead said anything important about social behavior is learned and culturally variable.

Dr. Ekman wanted to see who was right.

“I thought the way to settle the argument,” says Dr. Ekman, “was to study people who had no contact with the outside world. If they had not, they could not have learned it from outsiders or from the media. Would they show totally different expressions?”

In the 60s, there weren’t many places left that hadn’t been penetrated by travel and mass media. The highlands of New Guinea were on this list. Dr. Ekman visited in 1967 and 68. By 1969 they had television.

“Expressions are universal to the species,” said Dr. Ekman, meaning they are not culturally learned.

Dr. Ekman went on to develop the first and only tool for measuring human expression.

It’s called the Facial Action Coding System (known as F.A.C.S.), and it was the direct result of his time in New Guinea.

It took him eight years, 10,000 analyzed expressions and handling a lot of doubt from the world at large, but since the study was published in 1978, it’s become recognized and respected. And the more you look at the world, the more you may notice how critical expression is to the way we communicate—and how easily we understand something as simple as a twinge in the face.

For example, think about going to the theatre. It’s generally agreed that Shakespeare is a great writer, but the wrong delivery of his well-written lines can still send an audience stampeding for the doors at intermission. If you’re watching Hamlet and someone is smiling through the famous, “To be or not to be,” you’re going to be put off by the performance.

In addition to his groundbreaking research, Dr. Ekman has also developed a relationship with the Dalai Lama.

He was invited, along with five other scientists and researchers, to spend a week at the Dalai Lama’s home in Dharamshala India.

Dr. Ekman wasn’t even sure he was going to accept until he learned he could bring a silent guest to observe the week. His daughter had a deep interest in the Dalai Lama and his work, which motivated him to attend.

“For reasons that I can’t explain, he and I hit it off like we were long lost brothers,” said Dr. Ekman. “Now he thinks we are long lost brothers from a previous incarnation. Of course, I don’t believe in reincarnation, so he’s very amused by the fact that he has an explanation and I don’t.”

After several months, and what Dr. Ekman estimates to be 60 hours of lively debates, the two had a positive impact on one another. For one, Dr. Ekman helped the Dalai Lama to understand the difference between emotion and mood—a distinction that simply doesn’t exist in Tibetan or Buddhist thinking. In turn, the Dalai Lama has inspired Dr. Ekman to look more into compassion and how it fits within our human experience.

This work led Dr. Ekman to say, “That’s not a communication skill, that’s an attitude or a concern for the welfare of another, and it’s a primary concern of his,” said Dr. Ekman.

To watch the rest of my conversation with Dr. Ekman, you can tune into the Born to Speak Show, which releases new episodes twice a month, available on YouTube. If you would like to learn more about improving your communication at work, you can listen to my new podcast ‘Born To Speak’ on many podcast networks like iTunes, Stitcher, and Spotify.

I have been teaching clients how to communicate their ideas for 18 years, working with 50,000 people across 45 countries. One client gained $1.5Billion in new business in just one year, through applying simple changes. You can order my new book ‘You Were Born To Speak’ on Amazon.