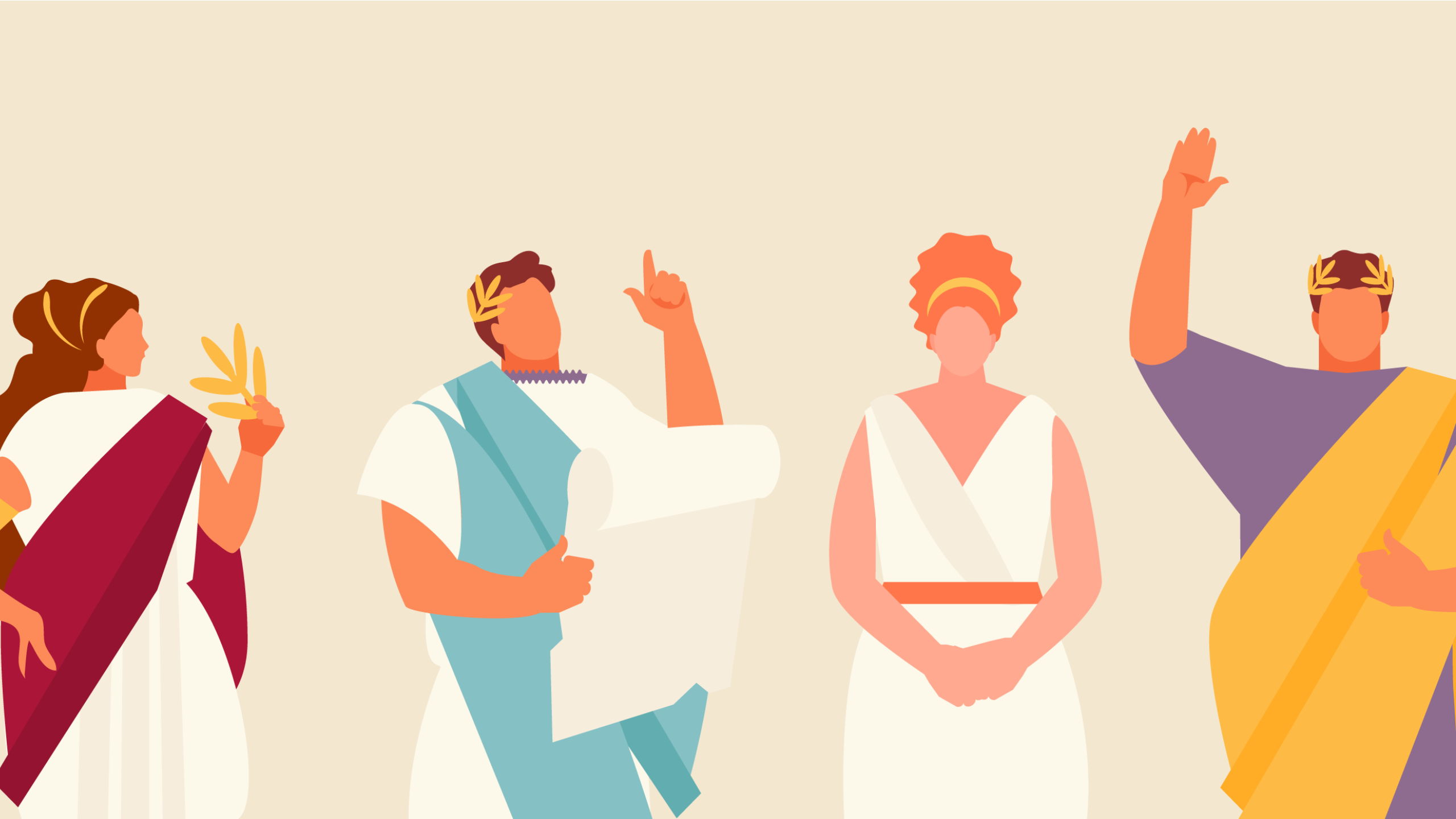 The Republic had a stratified class structure, but the gaps between the strata were not huge. The elite, who were male land-owning citizens, all had an obligation to serve in the military. This gave elites a vested interest in the system—belonging to a high stratum meant fighting harder and contributing more to the society. Soldiers also purchased all their own arms (no federal stockpiling in those days), enabling a large material contribution to the Republic.

The Republic lasted about 500 years. What brought it down? An ancient version of globalization.

The Punic Wars, spanning the second and third centuries B.C., saw Roman military conflict extend beyond the Italian peninsula and into Northern Africa. The Republic was extending its borders, but at home, life was getting harder for the average citizen-soldier.

Landowning Roman males generally headed family farms. When most military campaigns took place close to home, life for the citizen-soldier was a matter of seasons: There was the military season, when the head of the household would be away, and then there was the harvest season, when he would return to his farm to manage his land and reunite with his family.

But the Punic Wars began to take citizen-soldiers overseas for years at a time, obliterating the dependable seasonal model. With the head of the household so far away, family farms fell into disrepair, and the wealth of many citizen-soldiers began to dry up.

At the same time, the Punic Wars enriched a small handful of aristocrats, who served as generals in the military. Carthage and Greece were wealthy nations; when the Republic’s military plundered them, the generals were the prime beneficiaries.

In turn, this enabled aristocrats to purchase the farms at heavily reduced prices, leaving legions of former citizen-soldiers homeless and penniless.

As certain aristocrats gained disproportionate levels of wealth from the wars abroad, others got jealous. Why should they sit idly by as their peers get enormously wealthy? This prompted more and more wars abroad for the benefit of fewer and fewer people. The aristocrats’ race to riches gradually eroded the Roman Republic’s middle class, turning what was once an egalitarian society into one rent by wealth inequality.

The main products of the Roman Republic’s overseas campaigns:

Parallels with the modern U.S.

Wealth inequality. To be an American is to know the term “wealth inequality.” Indeed, an idea that outraged many of us when it entered the common parlance has come to be viewed as a fact of life—one that, no matter the volume of political punditry, only gets worse: The top 1% of U.S. earners own 27% of the nation’s wealth.

A commonly proposed solution—or really, stopgap—for wealth inequality is universal basic income (UBI). UBI pays everyone a certain level of money, regardless of circumstance. It bears a striking resemblance to the Republic’s grain dole, which succeeded in anesthetizing the general population, but did not provide either upward mobility or purpose.

Political polarization. The U.S. has entered into a stage of “pernicious polarization,” according to authors Jennifer McCoy and Benjamin Press. The notion of cross-aisle agreement and communication (on issues other than daylight saving time) has come to seem like a relic of a bygone era.

AI has the power to be a second wave of globalization. As AI becomes more adept at executing legal contracts, what becomes of the excess lawyers whose services are no longer required? As crypto and DeFi reshape finance, what becomes of all the excess MBAs? How does a society of humans maintain purpose in a world increasingly run by robots?

Those of us who have studied classical history have seen this movie before. Greed turns into stratification and political polarity, which are not stable foundations on which to run a representative democracy. Especially as AI becomes more powerful and prevalent, we must ask ourselves: Are we accelerating toward Republican-esque collapse?