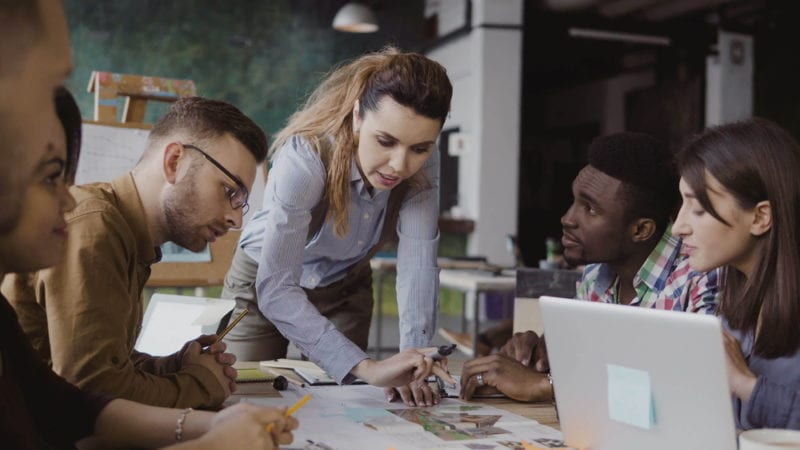 Culture is the undercurrent of any company. It determines who applies, how people behave, and how decisions are made. With a healthy corporate culture, employees have high morale and a positive attitude, which helps the company retain valuable employees and reduce human resources costs.

It’s everyone’s job and responsibility to create a positive culture, but it’s the leader’s job to guide it.

Building a culture of excellence where every employee gives their all every day isn’t easy—after all, most people see work as more of an obligation than a privilege—but leaders like Mark Zuckerberg (Facebook), Howard Schultz (Starbucks), Jeff Bezos (Amazon), and Larry Page (Google) show it’s possible.

Here is some crucial advice from these iconic founders to help you get started:

Facebook famously began in a college dorm room in 2004. Now, the company is a publicly traded behemoth with over two billion users.

A big part of Facebook’s success is Zuckerberg’s authenticity. “Mark is so human and authentic with our team,” said HR executive Lori Goler. “He does a Q&A every Friday. He shows up as he is: The person that you see, his public persona, is the very same thing we see internally. You see the warmth and transparency in his posts; we see the same thing.”

But creating a culture of authenticity isn’t just about clocking face time—it also means you have to get involved in the trenches.

Zuckerberg works alongside his employees and isn’t afraid to get his hands dirty. He communicates his ideas openly, making everyone feel like part of his unique vision. This means team members feel close to him and lucky to be a part of his innovative company.

For this reason, Facebook is consistently ranked among the best places to work—which in turn draws the best talent.

2. Jeff Bezos and Howard Schultz: Invest in your employees.

In Expand: Leadership that Moves, Fulfills, and Changes the World, author Shannon Graham asked: “What if you could walk into your organization and know everyone there was because they wanted to be?”

Your employees have to be working for more than a paycheck. If you want your company to truly thrive long-term, you have to create an environment that inspires your team to work there because they want to, not because they have to.

In 2009, Amazon CEO Jeff Bezos bought shoe retailer Zappos for $1.2 billion and adopted a key aspect of their culture—the “pay to quit” model. This practice allows unhappy employees to leave the company with a payment of up to a month’s salary. It’s had visible effects on Amazon and Zappos employees, who feel that their employers legitimately care about their wellbeing and are more likely to stay.

Knowing that they could leave without serious financial hardship fosters loyalty and motivation.

Likewise, Starbucks CEO Howard Schultz said that “[t]reating employees benevolently shouldn’t be viewed as an added cost that cuts into profits, but as a powerful energizer that can grow the enterprise into something far greater than one leader could envision.” For this reason, all Starbucks staff are treated as business partners in the sense that they receive stock options when they join. This makes everyone feel invested in the enterprise and its values.

You can’t pay your employees to be loyal, but you can invest in them so that they want to be there.

Almost since the day it set up in a Palo Alto garage, Google has been known as one of the world’s best places to work.

CEO Larry Page famously offers his employees everything from free food to on-site massages. He told Fortune that when you treat your employees like family, “you get better productivity.” This means continuing to innovate in your relationship with your employees and in figuring out what they need to thrive.

Much like a parent, Page is invested health of his employees. He tries to make sure they’re exercising and not smoking. He’s implemented small gyms spread throughout each campus after finding they were more popular than massive, central facilities. He also takes care to provide healthy food and places the dessert out of the way so it’s less tempting. Providing food, he stresses, is another major component of making the company feel more like a family. Google campuses also have doctors on site in order to make health care convenient and quick. As a result, their health care costs have grown a lot less than other companies.

But most importantly, his employees have been more energetic and fulfilled.

Investing in your company culture is a must if you want to see success. If your employees don’t feel valued, invested in, and cared for by an authentic leader, they’ll find another place to work.