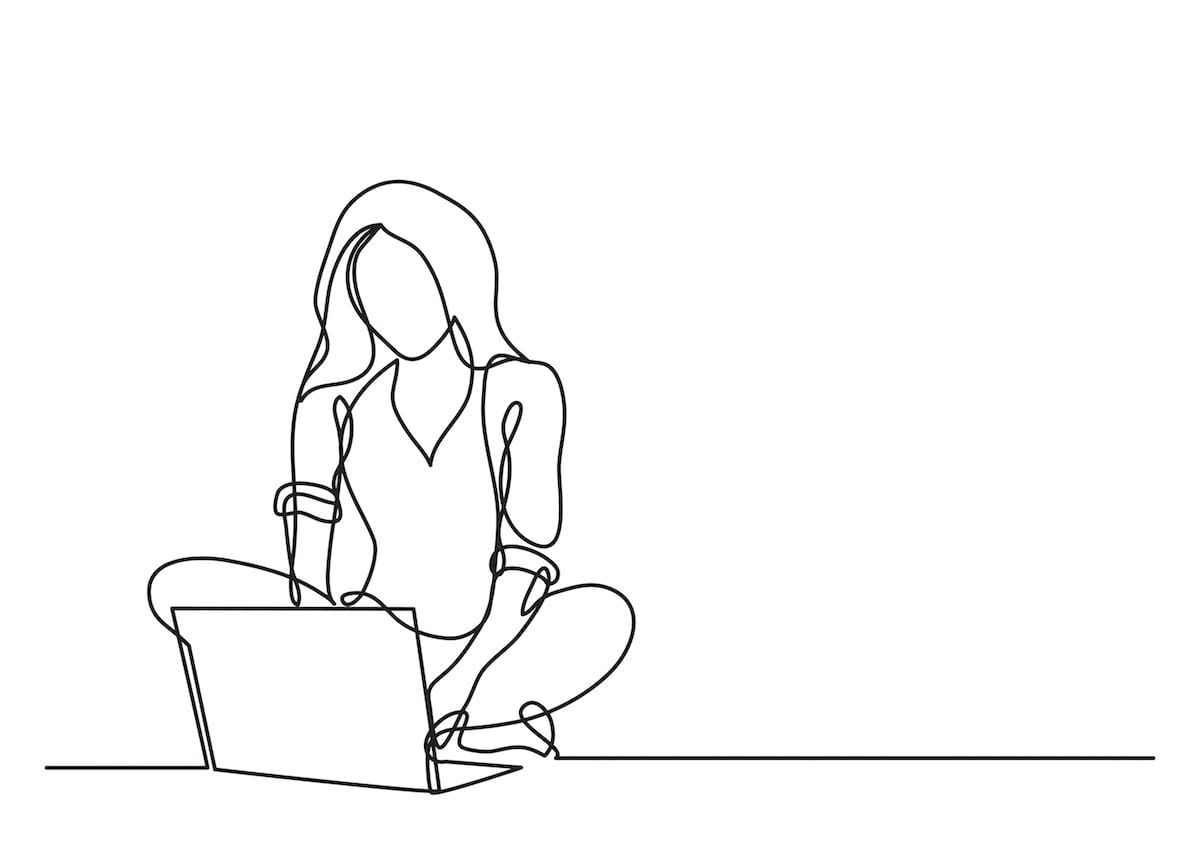 You know that feeling of being in flow where your mind is alert, you’re deeply focused on a difficult problem, when time stands still and work stops feeling like work? That productive state where every move you make is purposeful?

That’s “deep work,” a concept popularized by Georgetown professor Cal Newport in his book of the same name.

During college and early in my career, so much of my work was deep. I’d be immersed in books at the library with few distractions (aside from perhaps a cute boy sitting nearby). Both in business school and working my first job at Bain & Company, deep work was imperative if you wanted to succeed.

But as I advanced in my career, things slowly shifted:

When I co-founded NakedPoppy, I realized I was missing part of myself.

Suddenly, I was part of a team of just two: me and my co-founder. I was no longer managing large teams and being constantly being pulled in different directions. The rapid-fire context-switching aspect of my job no longer existed.

The feeling was strangely unfamiliar. There’s nothing quite as exciting (and daunting) as building a company from the ground up. It was time to roll up my sleeves and get back to deep work. But, if I’m being honest, I hadn’t exercised that mental muscle in so long that I’d lost my groove.

So I read “Deep Work” by Cal Newport. I started the book during a long layover and finished on the flight, barely looking up. It really spoke to me, and I was immediately fascinated by the topic of managing one’s attention. So then I read “Hyperfocus” and “The One Thing,” which explains how to direct all your focus toward, of course, one thing.

I used what I learned to reconnect with that deep work space in my past.

Here are 10 things I’ve learned in my journey to re-master deep work:

1. Manage your attention well and you’ll have a competitive edge in this distracted world.

This means you’re setting priorities and thinking deeply about problems. Concentrating for an extended period of time can certainly be difficult—but most things worth doing are difficult.

2. Focus on the most important thing.

Constantly ask: “Is what I’m doing moving the needle or is it keeping me busy?” When you look back a year later, or even a month later, will this work you’re doing have made an impact? If not, is there something more important to accomplish that will provide long-term leverage for your business?

When a new task that requires deep work arises, add it to your calendar and do it during the planned time: “Analyze consumer research—9 a.m. to 10:30 a.m. on Thursday.”

I learned this one from “Hyperfocus.” Our brains are drawn to distractions and instant gratification, like the little heart on Instagram when someone likes your photo.

Our brains don’t react as positively to embarking on a difficult task that requires deep work. So, remind yourself to just start.

Most of the time, once I’m a few minutes into working on a tough project, I wonder, “Why did I struggle to get going?” Once you begin, it’s much easier to get into your flow.

We’ve all been there: You sit down at your desk and turn on your computer, and just when you’re about to pull up the document you need to work on you receive a text, email, or Slack message. It distracts you on the way to getting your real work done.

When that happens––and I know it’s not easy—remind yourself to ignore it until you accomplish what you set out to do.

6. Clear the clutter—both in your mind and in your physical space.

For me, clearing my mind is best done through meditation. I try to meditate every morning, even just for five or ten minutes. It’s better than nothing, and it helps to declutter my mind.

Having a tidy physical space is another big one. When my work area is clear, so are my thoughts.

As soon as I started thinking of my phone as my “chief distractor,” it made it easier—necessary even—to put it away. Labeling whatever distracts you will help change how you feel when you use it.

A study from UT Austin found that simply having your phone nearby is enough to hurt your ability to concentrate (even if the phone is off!). So leave your phone in the other room. Shut down your email. Out of sight, out of mind.

9. Remind yourself how good it feels to be in flow. And how great you’ll feel afterward!

I think about how much better I’ll feel at the end of the day when I get a nice chunk of work done. Once you’re in the flow, embrace that productive feeling—the positive reinforcement will motivate you to go there more often.

10. Officially end the work day and shut down.

Newport emphasizes how healthy it is for the mind to have an official end to the workday. When you know it’s time to quit, don’t fight it. For me, my end-of-the-day thought is usually, “I didn’t marry my husband for nothing. I want to spend time with him.” I’m not always successful and often succumb to, “Oh, there’s still this thing I should do.” But I’ve learned the value of shutting down and am trying to get better at it because I’m convinced it makes for a better next day.

I’m no Cal Newport, whose entire life seems to revolve around deep work. But, with the help of these 10 learnings from him and others, I’ve enjoyed my journey to remaster what once came naturally—from a time when I was an individual contributor in a less distracted world.