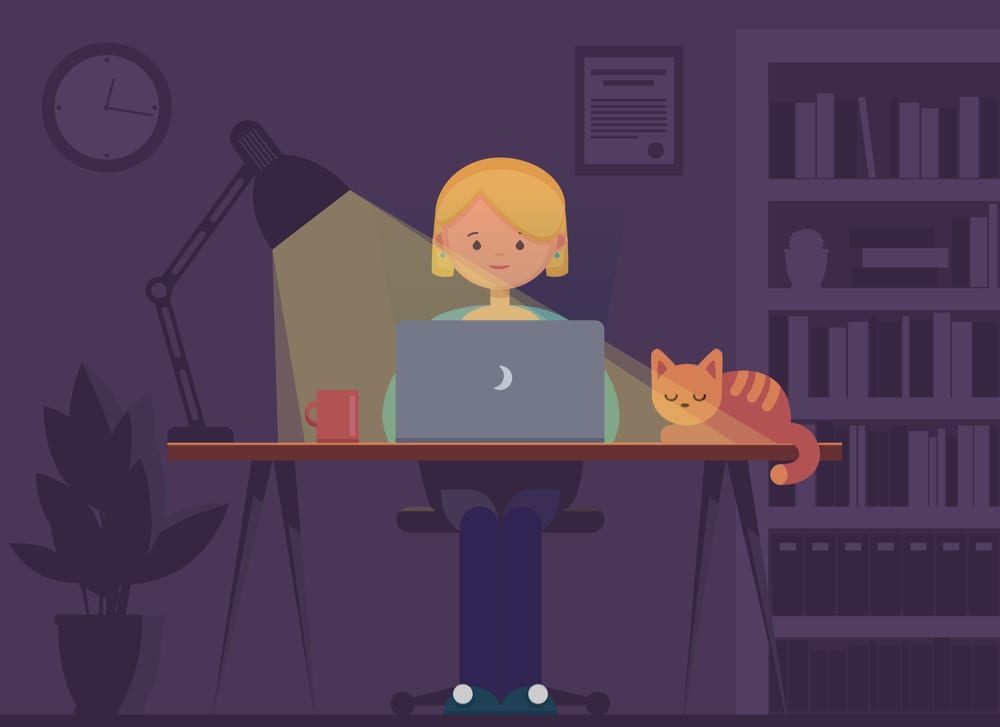 Is there really such a thing as “writer’s block”?

Those who practice the craft are split. Some believe the diagnosis is too simplistic, that writer’s block is really a mixture of problems lumped by the despairing creatives into one, mostly to make it easier to define a cure — sort of the way an unusually lazy doctor might treat a broad range of ailments with a treatment of aspirin and rest.

Others, such as the prolific writer Erica Jong, believe blocks stem from the fear of being judged. “If you imagine the world listening,” she writes in her New Writer’s Handbook, 2007, “you’ll never write a line.”

I myself have been writing my whole life. I’ve worked as a newspaper reporter — prodded and continuously encouraged by hard-and-fast deadlines — and as a book writer, speaking on my experience over the course of years as president of BookBaby. And I’ve suffered from many kinds of writer’s block. So while I think Erica is close, I believe more broadly that there are, in fact, three primary kinds of writer’s block.

Here’s what they are, along with how to overcome them.

This may be the kind of writer’s block creatives are most familiar with. It’s the anxiety that eats at you when you’re staring at a blank page, unable to get anything down that doesn’t immediately strike you as rotten. You delete or erase each first sentence. Every new idea feels elusive, impossible to grasp.

At its worst, this kind of writer’s block compels us to quit before we’ve really even started.

The good news is, for this block, there’s a tried-and-true cure: you simply must keep writing. Whether you trick yourself into writing by submitting to some sort of exercise — committing to writing a scene which takes place later on in your book, or to writing exclusively about the setting in which your book begins — the key is getting words down and forging ahead.

To force yourself to keep writing is like giving your work-in-progress CPR — or, perhaps more aptly, it’s like pounding at your empty page with a defibrillator, shocking a heartbeat back into your seemingly lifeless piece. It’s hard, yes, and not always altogether pleasant. But it has to be done; there’s no way around it.

The second strain of writer’s block is much different in nature but no less horrifying. It’s that block that strikes you when you’ve reached a point in your book or in your paper in which you have no idea what happens next. You’ve gotten a lot of words down — 10,000 is no joke — but you’re at a creative impasse.

Suddenly, the outline or plan you’d been so excited about just the previous day reveals itself as nonsensical. You can’t get words down because the words you come up with either seem only to continue a flawed point of logic, or they don’t seem tethered to what you were working on before.

Here, in contrast to what you should do with Word 1 writer’s block, you have to back up and rethink things.

What I mean by that is, you must review what you’ve already written. Go back and re-read, and try and find the kernel of inspiration that’s driven you this far. The theme or motif that had gotten you really excited. The plot development you were preparing for. Most of the time, it’s there somewhere. What might very well happen is you’ll find it, and you’ll identify where in subsequent drafting you went astray and became lost.

If you can identify that fork in the road where you made the hasty decision, you can correct it.

Mark Twain famously became stuck during a key moment in his classic book, Huckleberry Finn. Eventually, though, he decided to have Huck and Jim take a wrong turn on the river and end up lost. That twist helped him to complete the story.

Finally, we reach what might be the most vicious writer’s block of all: that which descends upon you after the work is done.

This is the kind I struggle with most today. When I finish a long project, I can’t keep myself from imagining all the different reasons people might think it’s lacking. I lend outsized credence, in other words, to potential critics. The proverbial reviewers on Amazon waiting in the shadows to pick my piece apart.

The truth, however — one all writers need to realize — is those critics don’t exist. While being able to assess our work objectively is of course important, you’ll never be able to actually complete and publish anything unless you find a way to silence that voice inside your head trying to convince you not to. If you can’t, these invisible critics who live only inside your head will convince you to do something stupid — like throw your work away.

Self-doubt is an inherent part of the writing process. But we can’t let it consume our process. It’s just as Ms. Jong said: “If you imagine the world listening, you’ll never write a line.”

At the end of the day, to combat writer’s block is to engage in the sometimes not-so-fun-work of being a writer. This is part of it.

The only cure, ultimately, is to not let yourself lose the battle — at whichever point in your drafting process you end up confronting it. Plow through self-doubt. Get words down on the page. Revise when necessary. Each strain of writer’s block calls for a different solution. But each demands the same resolve: you must never give up.

Steven Spatz is a writer, marketer, and the President of BookBaby, the nation’s leading eBook and printed book distributor.