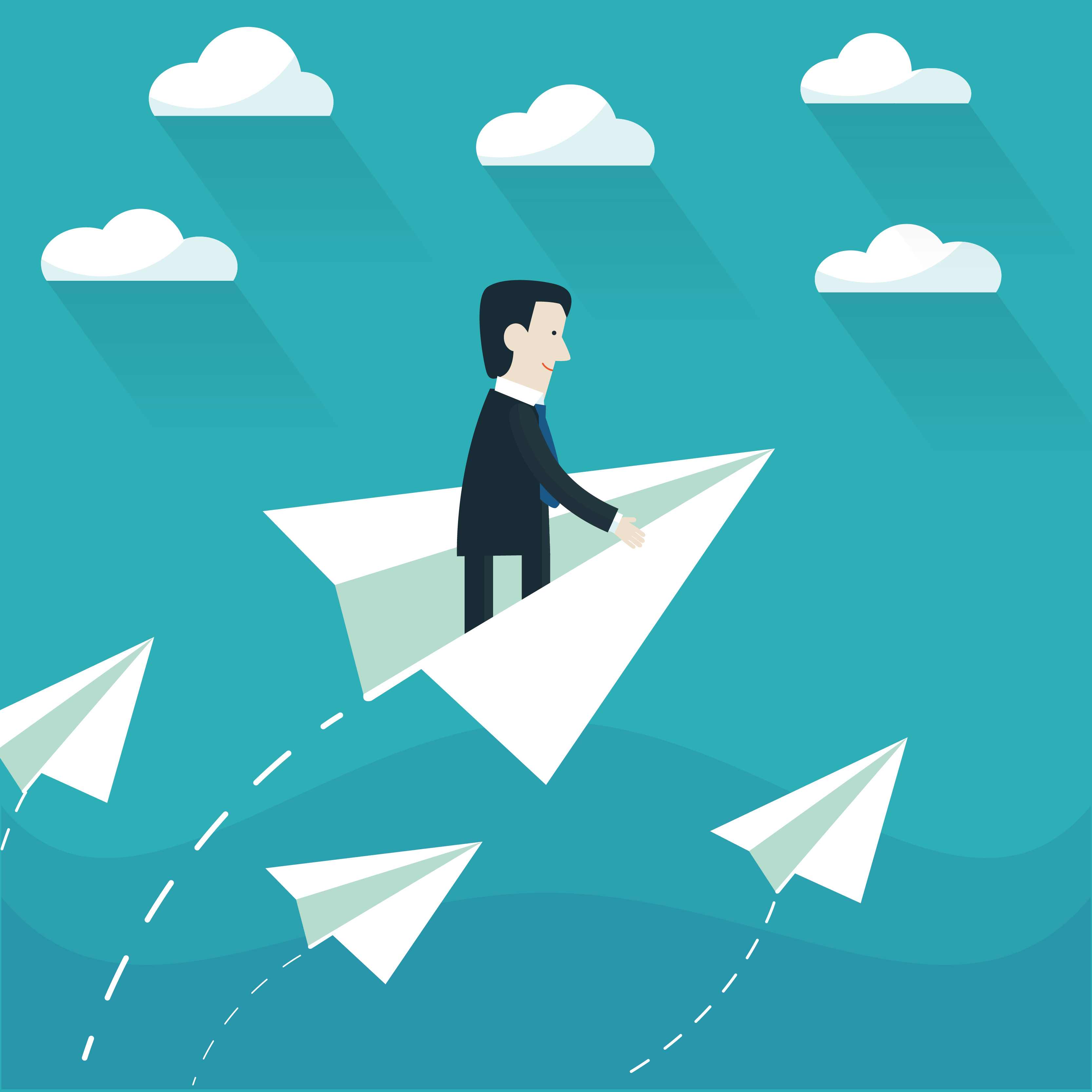 For decades, Silicon Valley was synonymous with the tech industry—it still is.

In fact, the region was named for the silicon needed to make semiconductor computer chips. Located south of San Francisco, it’s home to a whopping 2,000 tech companies—the densest concentration in the world.

Back to 1939, Stanford graduates Bill Hewlett and Dave Packard founded HP in a Palo Alto garage. HP went on to become the world’s largest PC maker, the world leader in printers, and the largest employer in Silicon Valley for decades. And Packard’s casual management style revolutionized corporate management and catapulted an influx of tech companies in the area.

By 1960, Silicon Valley had established itself as the world’s most innovative tech center. It had spawned the microwave electronics industry and set a pattern for industry-academic partnerships. The valley’s perfect climate, natural beauty, casual attitude, and proximity to prestigious schools like Stanford and UC Berkeley all contributed to its development.

And no doubt about it—there are benefits of having big tech concentrated in such a small geographic region. It creates jobs, more tax revenue, and higher stock prices. And having suppliers, customers, and cutting-edge research in the same area gives each a competitive advantage.

But there are some major downsides as well—and they’re starting to add up.

California is currently the highest-taxed state in the country. The Bay Area, in particular, is becoming prohibitively expensive. That’s why today, many young tech companies are hightailing it out of Silicon Valley for greener pastures. My own workstream collaboration company, Karbon, recently moved to the Nevada side of Lake Tahoe—which means we can avoid the high state taxes (to say nothing of the quality of life advantages).

And I’m not the only one. Many other founders I know have made similar moves to smaller hubs like. If you’re considering a similar move, rest assured you’re in good company. Here’s why now might just be the right time to get out:

Silicon Valley’s reputation is under threat.

People in cities all around the world once looked to Silicon Valley as the golden temple of tech, but that shine is finally starting to fade.

Just a few years ago, the rapid pace of tech innovation was seen as fun and exciting. But today, people are more skeptical. For one, people fear AI’s potential to steal jobs and even destroy humanity. Adding to the panic, tech bigwig Elon Musk publicly stated that AI is more dangerous than North Korea and constitutes a “fundamental risk to the existence of human civilization.”

Put simply, it’s reputation is on the rocks—and for good reason.

If you have a tech company, you may feel like Silicon Valley is the only option, but that’s just not true. You don’t have to accept that bullshit. It’s time to give other places a try.

It’s so expensive in the Bay area, even tech workers can’t afford to live there.

Despite the fact that big tech companies pay some of the country’s best salaries, workers claim they still struggle to afford the area.

A Twitter engineer in his early 40s told The Guardian in 2017 that his $3,000 rent for a two-bedroom in San Francisco was “ultra cheap.” He was married with two kids and wanted a bigger property, but found himself competing with twenty-somethings happy to pay up to $2,000 for a single room. “Families are priced out of the market,” he said. As of 2017, the city’s rents are the highest in the world.

And it’s only gotten worse.

I personally owned property in the San Francisco suburb of Mill Valley, and I understand the engineer’s struggle well—I was likewise being priced out. My property taxes weren’t deductible, so I was paying roughly $60,000 a year in taxes and $20,000 in property maintenance. And when it came time to send my kids to middle school, private school cost roughly $40,000 per child—and I have three.

You have to make nearly a million dollars a year to even consider staying, and I was getting fed up.

Moving to Nevada has been great for my wallet, my family, and my health.

Lake Tahoe is wildly more affordable than the Bay Area, and it’s just as beautiful.

I’ve also had no problem building my tech company here.

Because lots of top tech talent are fleeing San Francisco, I’ve been able to assemble a top-notch team. Silicon Valley has become a hiring nightmare, and tech has made it possible to recruit from other regions and pay lower salaries. To build the same team I built here in the Bay Area would cost twice as much. Plus, my business is no longer paying California state taxes.

The move has also been great for my family.

In the Bay Area, my kids were on their iPads all the time—and I’m sure any parent in 2019 can relate. But when we visited Lake Tahoe before we made the move, I noticed that the kids hardly touched their iPads at all. They actually spent more time outside.

Now we’re just minutes from some of the best skiing in the West, and we can swim in the lake in the summer. My kids’ schools offer an outdoor component to their curriculum as well as great teachers, and they’re much more affordable.

Since I made the move, I haven’t looked back.

And I’m not the only tech founder who’s made the move.

Given Silicon Valley’s dubious reputation and sky-high labor and housing prices, many startup founders are foregoing the Bay Area in favor of other up-and-coming cities.

Bloomberg Beta partner Roy Bahat said in a series of tweets this February that he’s seeing more and more entrepreneurs leave the Valley and set up shop elsewhere. In fact, tech mogul and Facebook board member Peter Thiel announced he was moving to Los Angeles full-time and relocating his personal investment funds there. Thiel cited San Francisco’s “toxic” culture and lack of intellectual diversity for the move.

I personally know a bunch of entrepreneurs in my network who are making the jump. The Sharkey brothers—a couple fellow entrepreneurial Aussies who own a company called Autopilot—recently moved from San Francisco to Minnesota. In fact, Curb wrote this Spring that more than 40% of young tech workers are fleeing the Bay Area. Smaller tech hubs are popping up in college towns like Boulder, Colorado; Ann Arbor, Michigan; Chapel Hill, North Carolina; and Princeton, New Jersey. Accordingly, studies show that people are leaving certain US cities in droves and moving to slightly smaller ones. As the UN predicts 60% of the world population is projected to live in urban areas by 2050, rural areas are becoming increasingly attractive. Especially because living expenses in general are more expensive than ever.

As this trend continues, the Silicon Valley as we know it today may soon be a thing of the past.

You do have to make tradeoffs, but they’re well worth it.

While the move to Lake Tahoe has been mostly a great success, it hasn’t been without its challenges. Then again, what major move isn’t?

For one thing, Lake Tahoe is a bit harder to get in and out of—we can no longer just take an easy Uber ride to an international airport. The closest airport is Reno, but that only goes to about 15 locations. Normally we have to fly down to LA and then travel from there.

There are also business benefits to being in Silicon Valley, with its established business infrastructure, talented resource pool, and a flourishing market. Also, it has the biggest concentration of investors and network of available capital in the country. I have to drive down to the Bay Area a fair amount for meetings, which is kind of a hassle.

But I’m not a networking junky the way a lot of people in my industry are, so overall the downsides haven’t been a major issue. Lake Tahoe doesn’t have all the modern conveniences of San Francisco—there’s no UberEats, for example—but the benefits are more than worth it.

If you’re contemplating a similar move, here’s what you need to know.

Here are some things to consider before you make the jump:

To move your company to a new city, you need the support of your coworkers and management team. You have to make sure you have a workable economic structure—like accounting, payroll, and corporate facilitates. If you make your team remote, you need to make sure that you maintain regular catchups. The communication and collaboration aspects change when you’re remote, so you might need to communicate more regularly than you would face-to-face.

And the thing is, these are factors you have to consider no matter where you set up your company. You may as well save a few bucks in the process.

In the near future, only the best-funded companies will be able to remain in Silicon Valley—the Ubers and Amazons of the world. If your company isn’t super successful and well-funded, you just won’t be able to survive in the Valley.

But that doesn’t mean you’re doomed.

These days, the internet and work collaboration tools have made it possible to headquarter a company everywhere. So what are you waiting for?