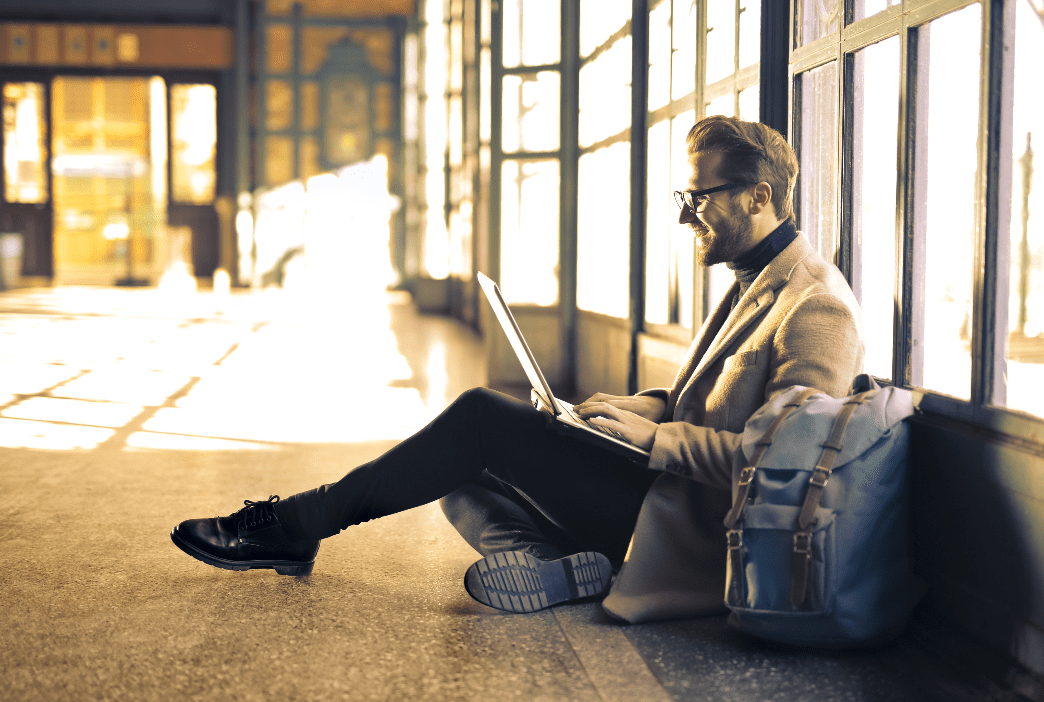 Ask most people what their dream job is, and they’ll tell you the opposite of whatever they’re doing right now.

If they’re working in a cubicle, they’d rather be travel-blogging their way around the world.

If they’re driving for Uber, they’d rather be writing Grammy award-winning hit singles.

If they’re slaving away at an advertising agency, they’d rather be making strides toward becoming the next great entrepreneur.

Here’s the thing about “dream jobs” though.

99% of the time, they’re unrealistic.

I don’t mean unrealistic in the same way your parents probably used the word, telling you something is impossible.

I mean unrealistic in the most basic sense.

Your dream job is unrealistic for you, because you don’t actually love the work itself.

You just love the IDEA of the end result.

It’s very easy for someone to say, “I would so much rather be a famous musician, a multi-millionaire tech entrepreneur, a world-traveling chef, an Instagram influencer.”

That’s because the end result is so easy to imagine. We’re surrounded by it every single day–on magazine covers, in viral social media posts, on television, even in the conversations we have with our friends and family members.

Everyone loves the IDEA of the end result. And so they spend their lives telling themselves that same narrative, over and over again, criticizing their 9-5 job while simultaneously daydreaming about the life they “could be living.”

The irony, however, is that nobody ever achieves that end goal by being in love with it.

Ask anyone who has achieved something great in their lives about their journey, and they won’t tell you about the rewards at the end.

They’ll tell you about the day to day habits that went into it. They’ll talk about the work itself, the mindset, the motivation to improve and master their craft, the exploration process.

The end rewards? Those are just byproducts.

They are not the underlying purpose.

When people imagine their “dream job,” they don’t realize they are in love with the end result more than they are the work that goes into it.

Which means, in order to find what your dream job really is, you can’t ask yourself what “end reward” you want. That question is elusive, and often times leads you astray.

Instead, you need to ask what activities you enjoy doing on a daily basis.

How can you expect to become a famous musician if you don’t enjoy practicing the guitar?

How can you expect to become a super successful entrepreneur if you can’t find the joy in early morning meetings, traveling, and a high-stress lifestyle?

How can you expect to become a best-selling author if you despise sitting by yourself and writing?

Finding your dream job is all about reverse-engineering what activities you enjoy doing on a daily basis, that will allow a desirable end result to manifest on its own.

Most people never understand this concept.

Instead, they spend their entire lives wishing they were living a life that, in all honesty, they really don’t want. That’s not how they prefer to spend their time–because if it was, they’d find a way to do it.

What you need to ask yourself is, in a perfect world, how would you spend your morning?

What activities would you do?

And in the afternoon, how would you like to spend those hours?

What activities would you do?

How would you like to spend your dinner? With whom? Where?

How about your evenings?

Once you lay out all the different activities you’d like to do on a daily basis, compound those activities over 5, 10, 20 years, and imagine what might manifest as a result?

You are the product of what you spend your time doing.

You can’t say, “I want to be this <insert end reward>” and then not enjoy spending time on a daily basis practicing and working toward that end reward.

So, if you want to figure out what your real “dream job” is, ask yourself what you would enjoy doing on a daily basis.

Then compound the result of that activity over X number of years.

And if you don’t like where you’re headed, change what you’re doing right now.