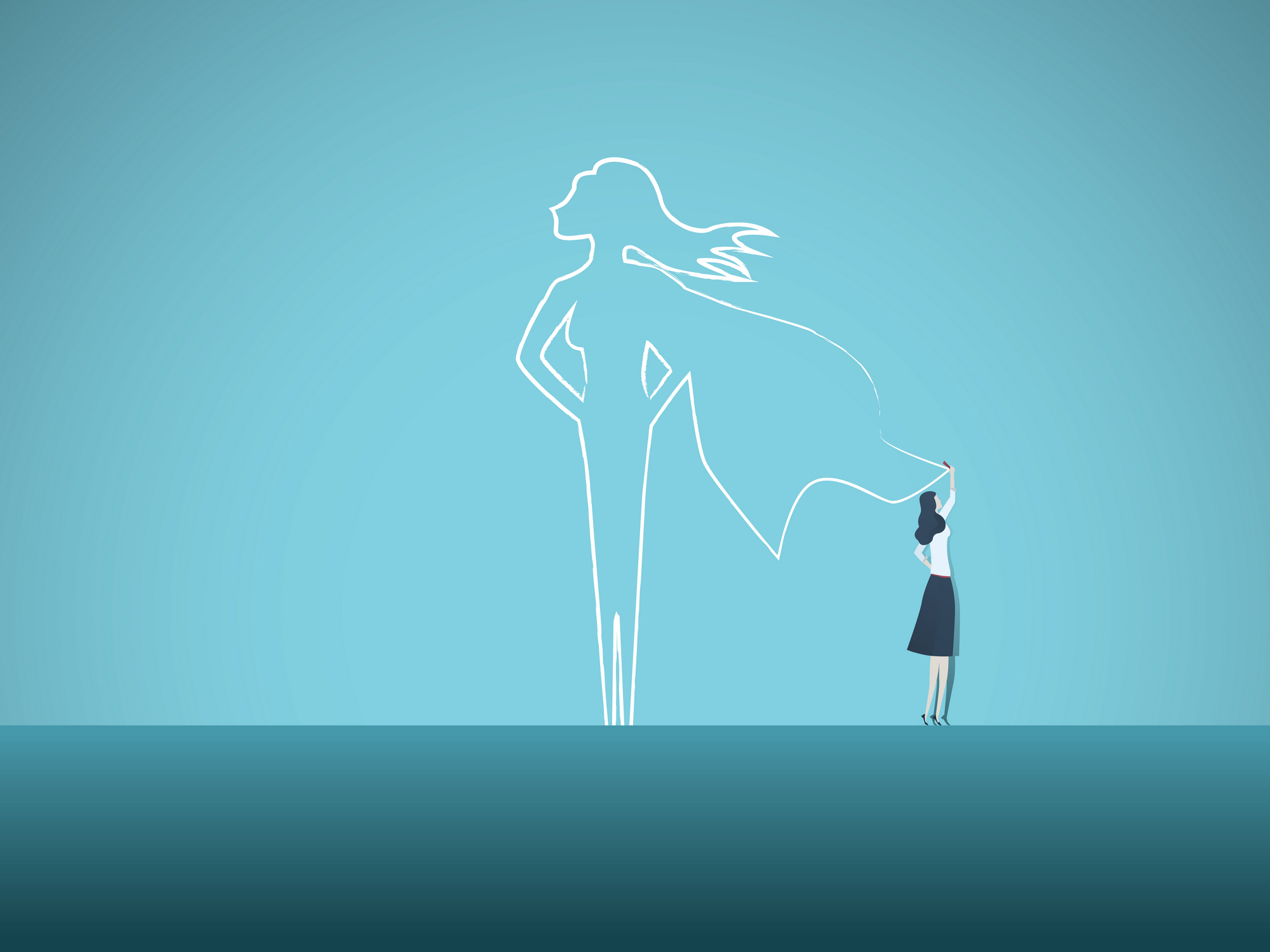 I’ve always envied people in industries like mathematics and programming, and for one reason: in those fields, there’s generally a right answer, and there’s a wrong one.

For the rest of us—specifically those in creative industries—all of our work is left up to interpretation. Some people may like it and some people may hate it (and those on the latter end of the spectrum will undoubtedly make it known in the comments section). But most people fall somewhere in between. They’re indifferent.

But truthfully, it’s that exact conviction that changed everything for me.

Build an image, and they will come.

By the time I graduated from school with a BA in English, countless people had told me that my degree was broad and somewhat useless. I entered a seemingly saturated market filled with people whose portfolios were much more impressive than mine.

Needless to say, I felt I wasn’t in any position to demand work or money. For several months, I wrote articles for free while I waited tables.

And then, one day while I was clicking through some rando’s byline, it dawned on me: these people who were getting paid to write weren’t so different from me. We had the same degrees. We were all young and hustling. We’d probably all entered the job market with nothing to show for ourselves but a single legalization essay from our college literary magazine.

It was the way they presented themselves now. That’s what set them apart.

So I took my meager pro-bono portfolio, got a Wix account, and made an official website with my name as the URL. I marketed myself as a professional freelance writer—even though, at that point, I don’t even think I’d gotten paid for a single job. (I also ordered 700 business cards, and I still probably have about 650 of them.)

It didn’t matter, though. I knew I could write. I just needed people to take me as seriously as I took (or wanted to take) myself.

And much to my amazement, the jobs started rolling in.

Learn to tell people exactly what you’re worth.

For the first few gigs, I took whatever they’d offer. And if you want to see how far people can duck underneath the limbo stick that is minimum wage, join a creative industry.

But the freelance life gave me something that most other employees never get: negotiation experience. Each new job gave me the chance to test the waters—raise my rates just a little bit higher than the last. Granted, it took me several jobs until I had the guts to try it, but once I did, I was astounded at the results.

I started telling other people what I thought my articles were worth—and the more conviction I had, the more accepting they were about it.

Sometimes I’d throw out a number that, to me, seemed a little absurd, and I was shocked when they’d say, “Okay. You have the experience to warrant it. We’ll send out the statement of work tomorrow.”

Every once in a while, someone would tell me, “That’s just not within our budget,” and I’d say “Okay.” But instead of negotiating below my worth, I’d explain my point of view: As a professional writer, I wasn’t just getting paid for 800 filler words. I was getting paid for the research that would set my article apart, the SEO abilities that would boost visibility, and the extensive proofreading that would ensure a clean edit.

But I understood their point of view, too, so I told them, “Maybe it’s not a good fit right now. I hope we can work together in the future, though.”

Almost every single time, they’d reach back out within the month.

Act as if they need you; not the other way around.

Still, it turns out it’s true: potential employers do need you. Creative skills are more in-demand than they’ve ever been. Every company with an online presence wants people with an eye for design and a knack for words. If you’re good at what you do, you’re an invaluable resource—one that’ll probably never get replaced by a machine.

I’m not suggesting you act cocky or righteous. You’re negotiating a job with a potential employer, not a used car. You’ll have to sleep in the bed you make. There’s a relationship there you have to foster.

But especially when you get paid per project, time is everything for your livelihood. You can’t afford to waste it on jobs that break down to $10 an hour and employers who don’t take you seriously.

My dad made his entire living as a professional musician, which is typically at the top of the list in terms of jobs that get taken advantage of. But he was smart about it; he paired his creativity with a business mindset.

He always told me, “In a creative job like mine, you can only get fired one client at a time.”

In other words, if it’s not a good match, just learn to let it go. There will be more jobs, so don’t let someone take advantage of you for the sake of a single hire. It’s not worth your time, your effort, or your sanity.

Most importantly, remember that your attitude has the ability to influence people—potentially more than the work itself.

Be polite, but stick to your guns. More often than not, if they sense nothing but unwavering professionalism and confidence, you won’t even need to negotiate. They’ll realize you’re worth it all on their own.

Maria Cassano is a staff writer for Digital Press, as well as a commerce writer for Bustle Digital Group. Her freelance work has been featured in over 15 publications, including Allure, Thought Catalog, Elite Daily, The Zoe Report, Mic, and Lonny. She has a BA in English from SUNY New Paltz and also studied writing at Ursinus College, where she became a certified writing tutor and placed in UC's Creative Writing Award. Since writing is her passion, the lines between work and play are often blurred — but when she's not on the clock, Maria can be found traveling, playing guitar, gaming, baking, and planning her next home renovation project.