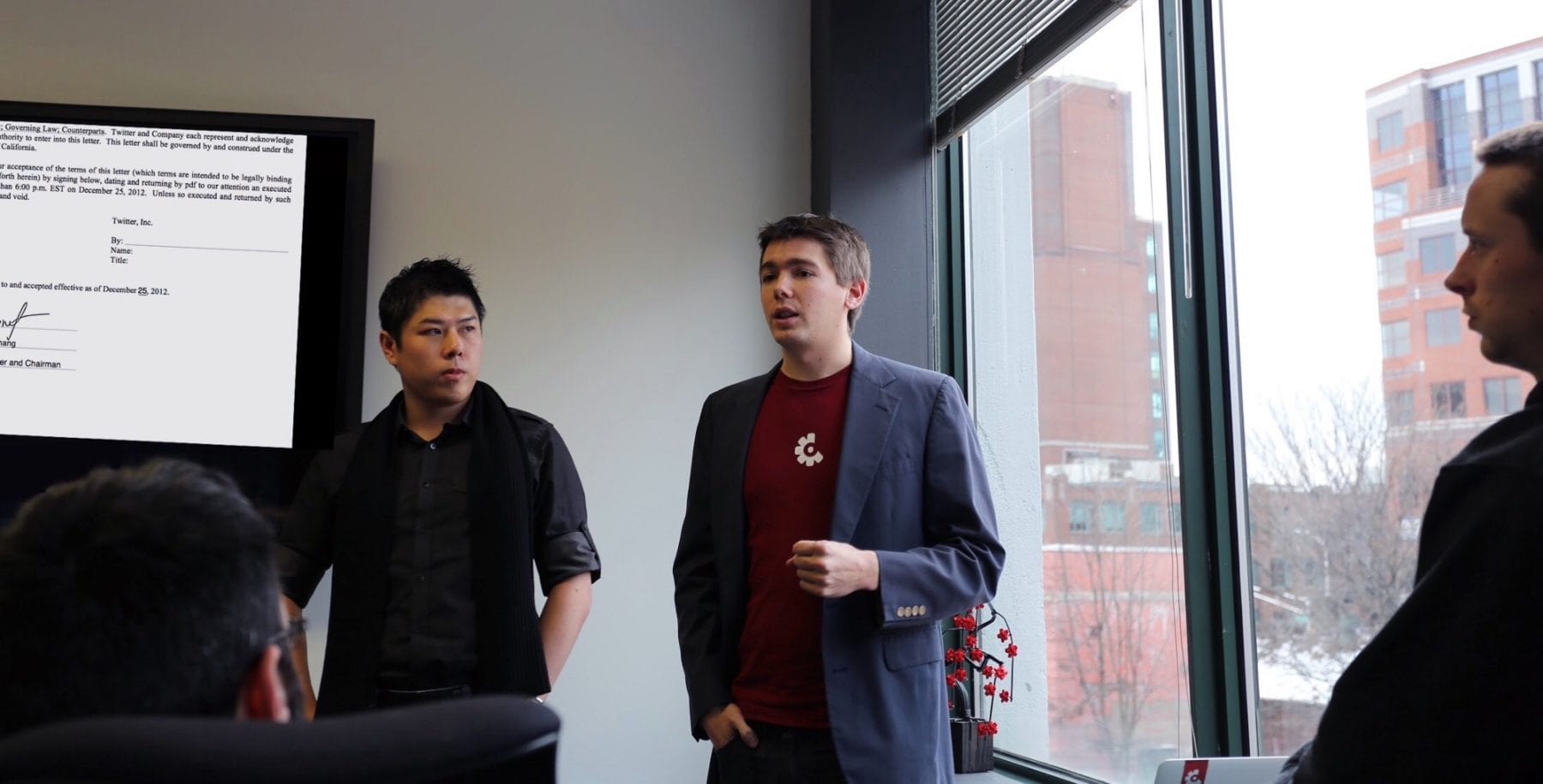 I am a big believer in transparency in business.

All that said, I have experienced first-hand the repercussions of being overly transparent, and I have spoken with countless founders who aspire to be transparent with their teams, but still struggle with how much to share, at what point, and to whom.

When I recently wrote about the role of the founder, I focused on your responsibility to scale yourself and empower your team by bringing top-down context, rather than top-down decisions. When that context is potentially sensitive, however, there is another filter to apply:

As a founder, you are responsible for shielding your team from stress and uncertainty. Be fully transparent until sharing information you possess will increase stress or create uncertainty.

(To anyone who still believes it would be “fun”, “romantic”, “sexy”, or “cool” to start a company, please forgive me for shooting down those notions. You will be in for a rude awakening even before you hire your first employee.)

Every company, even in the top-percentile of the most-successful, experiences dramatic turns of fortune continuously and rapidly. I can’t count the number of times my outlook and mood has gone from on-top-of-the-world to the Marianna’s Trench in the space of an hour.

I write about startup founders because, as a population, they typically have the least management experience and mentorship support relative to the importance and seniority of their role — however much of this can be applied to managers at all levels in all types of organizations.

Founders who are not prepared for this struggle endlessly with the emotional component of entrepreneurship. And those without an experienced co-founder or a strong mentor to lean on often fall into the trap of passing their stresses or uncertainties onto their team because it makes them feel better.

Your team didn’t sign up to found a company. Sure, they wanted the excitement of joining something early stage. They wanted to be part of a small, tight-knit group. They want to make a real impact, and perhaps help lay the groundwork for some new technology. But they didn’t sign up to found a company, and that’s why you aren’t compensating them at that level.

The difference between a founder and an early employee is quite simple: if they are drawing a salary on their first day of work, they are an employee. If you compensate them only with equity, they are a founder and should be considered as such. The typical equity cliff between founders and early employees reflects the stress, uncertainty, lack of salary, and risks that the founders should be absorbing.

Besides, if you want your team to be productive, you need to give them a clear direction and the space to execute. Don’t burden them with the stress you should be shouldering for them (and working on a strategy and setting priorities to address the source of).

So, let’s get concrete.

I’m surprised by how often the founder intuition is to keep core financial metrics — bank account balances, revenue, monthly burn rate, runway — a secret from the rest of the company. I’ve never understood this.

Your team (I assume) isn’t stupid. It’s not that hard to realize that the company (as is the case with substantially every startup) is spending more money than it is making, and thus its runway isn’t infinite. This isn’t rocket science. One of the easiest ways to build trust and credibility with your team is to share (monthly or quarterly) your business’s core financials. By doing so, you’re clearly communicating that you’re on top of the financial health of the company and that you hold no illusions about the state of your business. It’s the perfect opportunity to share your high-level fundraising timeline, goals for customer/revenue growth, and retrospectives on major accounts or partnerships that have churned recently.

Trust me, your team will be far less stressed knowing that there is ten months of runway left and that you expect to secure additional funding in six, than they will be worrying in the dark that they won’t have a job at some point in the next year.

A number of companies, such as Buffer, have made waves in recent years with policies claiming that they are “fully transparent,” even to the point of openly sharing salary and compensation details internally. On net, I do not believe this is productive or stress-reducing.

Let me be clear: your business should have no statistically-significant compensation bias across any demographic sub-population. Compensation should be correlated solely with start date (early employees take more risk, and are compensated more for it), skill-level (not seniority), and criticality to the company’s execution against strategic priorities. You should not be opaque here because you have something to hide.

That said, I generally believe that the tech world today has propagated an over-obsession with wealth-generation, and that competition and jealously too quickly makes its way to the forefront. If you feel pressure to share compensation data publicly, you likely have larger and deeper issues to address.

What’s important is that each individual on your team believes they are being compensated fairly for their role given the resources of the company, and that you as the founder are operating the company with their best long-term interests in mind.

For example, when an employee’s personal situation permits it, I strongly prefer to under-cut the market on salary and over-pay on equity with the goal of further aligning our incentives. In some cases, their personal situation demands the reverse. You can imagine, in this scenario, the confusion, conversations, and accusations that would ensue if salary information was shared openly. Taking the time to explain it deeply would not only expose the personal situations of each member of your team, but also create a costly distraction wholly irrelevant to your company’s priorities.

I view the salary-equity balance as a see-saw, and it’s critical that you understand which is more important to the candidate at the time you’re putting together their offer. Under-paying on salary, when possible, also has the surprising effect of reducing time-consuming “I need a raise” conversations, because your shared focus is on the long-term outcome.

The larger and more successful your company becomes, the more secretive you or your teams will want to be about the honest state of your product in the market. How do customers really feel? What is the NPS score? What are the biggest issues? Where are your competitors stronger? Which large accounts churned recently? How effective is your customer support team?

Secrecy here is both dangerous and damaging.

The moment you, your leadership team, or your product/engineering groups aren’t honest about the state of your offerings is the moment you start losing the market.

This sounds obvious, but once you have more than one product or feature team, intra-company competition begins. Whose product is more successful? Growing more rapidly? Driving more revenue? “My product doesn’t have bugs; the customers love it! But that team’s product sucks!”

As the founder, it’s your job to set the leadership tone with fair, accurate articulations of the state of each product, their strategy and goals, and their challenges. In any suite of products (such as Fabric), all can’t be created equal. Sure, Crashlytics enjoyed vastly more usage than any other, but Digits (may it rest in peace) was a strategic priority for Twitter and deserved every ounce of effort the team invested.

Celebrate each of your teams’ successes and challenge them on each of their failures. But most of all, enforce a culture of open, honest evaluation of what the customer thinks.

They are, after all, always right.

Congratulations! You’ve heard someone’s interested in buying your company? Quick, share this great news with the team! They’re going to be overjoyed!

I’ve experienced this twice first-hand (and in stark contrast) while building my first company, Increo, and my second, Crashlytics.

When my co-founder, Kimber, and I sold Increo to Box in 2009, we were completely transparent with our team about the process. The company was in a challenging position (we were running out of money — Sequoia had foretold the bad times) and we thought we were doing the right thing by keeping everyone in the loop.

Unfortunately, even the smoothest acquisitions take a lot longer than people think and bring with them the highest-highs and the lowest-lows of the startup roller coaster. Even if the deal is moving well, there will still be days when it will seem completely off the table. And even when it looks like a certainty, it isn’t — acquirers routinely look at dozens of companies for every one they buy, and often play them off each other to secure the best deal.

The more details we shared with our team regarding the acquisition, the more stress they began to internalize. They didn’t understand the process, and more importantly, they didn’t know how to prioritize what they were working on in their day-to-day roles.

“Do we build this product feature that we might need for the acquisition?”

“Do we build what our current, long-term customer wants?”

The acquisition process lasted three months, and we built almost nothing during that time.

It was as if the company had come to a halt — because everyone was too stressed to focus, and even then, nobody knew what to focus their energy on.

While the acquisition by Box was ultimately a success (Increo’s technology powered Box’s file preview feature for 5+ years), I had failed our team. And I promised myself I wouldn’t make that mistake again.

Fast forward to December, 2012. Five years ago, almost to the day.

Twitter approached us out of the blue and convinced my co-founder, Wayne, and I to come out to their office in San Francisco (Crashlytics was Boston-based) to discuss a deal. The timing was right around Christmas, and I was convinced we couldn’t reveal anything to the team in case it was a red-herring. Since we didn’t want to raise any flags, we took the opportunity to throw the team a holiday party and promptly gave everyone the next week off.

Wayne and I boarded a flight to SFO.

While everyone else was enjoying their vacation, Wayne and I were meeting with Twitter.

After much deliberation — and a lot of back-and-forth negotiation — we became convinced that joining Twitter was the right opportunity and the best future for the company. We looped in our lead investors and signed the term sheet — at 10 a.m. Christmas morning — without anyone on our team knowing.

When we returned to the office post-holidays, we scheduled a 2012 Year-In-Review all-hands, with the last photo of our deck showing Wayne and I in San Francisco, at Twitter.

The team was caught completely off-guard. The company was going great and growing rapidly, what was happening?

Since we never told our team about the acquisition conversations, they had no ability to ever give any input. Their entire fate was in our hands — their jobs, their compensation, their future careers.

As a founder, if you’re not 100% transparent about something, then you’re implicitly demanding your team’s trust. Live up to it.

When Twitter acquired Crashlytics, almost the entire team had been with us for less than a year. The way equity works, it usually vests over 4 years with a 1-year cliff, which means Wayne and I could have wiped the slate clean — given the team nothing — and kept the entire deal for ourselves.

We did the opposite.

We fully-accelerated everyone’s vesting all 4 years. Because they trusted us. Because we owed everything to them.

Today, 6 years after most of them joined, the original Crashlytics team is still together — now at Google — because we sold the company yet again, without telling them, but only with their best long-term interests in mind. ♥︎