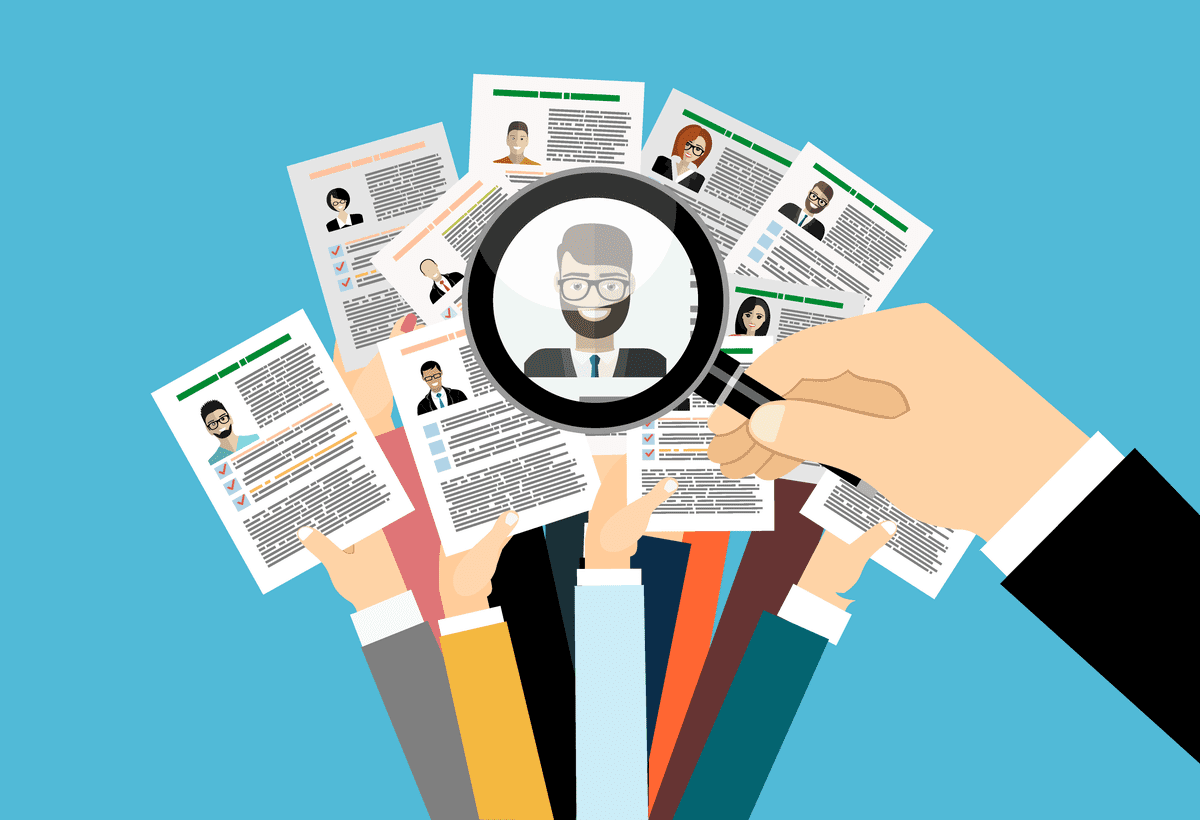 After speaking to thousands of hiring managers and tens of thousands of candidates, I’ve realized that both parties have one thing in common—they hate the recruiting process.

So, a little over a year ago, I set out to understand why.

After tumbling down the rabbit hole of a $464 billion industry, I found an answer:

The recruiting industry has been incentivized to help companies fill roles, instead of helping people find jobs.

Why? Because it’s easier to make money from companies.

Since companies are paying the bills, everything revolves around making them happy. So it’s easy to see why it takes a candidate six months to land the same job that a company fills in 36 days—there’s no incentive for recruitment solutions to help candidates.

That unfair practice makes the industry seem one-sided. But if you dig deeper, you’ll see that it’s really a lose-lose situation. Thirty-three percent of new hires fail after six months, simply because no solutions focus on understanding where candidates will do their best work in the long-term.

Unsurprisingly, this turnover costs companies billions of dollars and hundreds of hours.

It’s clear that the recruiting system is broken for everyone, but no one is talking about what’s really causing all of the problems. I want to start that conversation and share the issues I’ve noticed that clearly show why it’s ready for a change.

External recruiters who “serve” candidates are incentivized to neglect the majority of applicants.

The majority of candidates think it’s a great idea to use external recruiters because the services are free. What they don’t realize is that these recruiters are incentivized to serve a very specific group of people in a very systematic way.

External recruiters make money by successfully filling a job opening for a company. Once the role is filled, the company typically pays the recruiter 20-30% of the annual salary of the person they hire. Of course, this commission incentivizes external recruiters to work with senior-level candidates.

And they have two main motivations for doing so:

Unfortunately, this means external recruiters give extra attention to experienced, senior candidates while the less experienced candidates, who really need help, end up being ghosted and left to fend for themselves for months on end.

And when recruiters flake out, many candidates turn to what they perceive as the next best option—job boards.

Job boards are incentivized to rake in resumes without considering candidates or companies.

A job board is a service that hosts open positions and makes money by promising companies a large pool of applicants for each one.

To find applicants, they offer candidates handy features like the “one-click” apply. And although job boards claim this helps candidates save time, the real incentive behind the feature is to make it as easy as possible for companies to receive a high number of applicants for a single position. The job boards then monetize again by promising to winnow down huge groups of applicants to a short list of the “best” resumes.

This process is just another lose-lose for candidates and companies. Because if 300 candidates apply for a single position, 290 of them will never hear a peep about it. Not only do candidates have to deal with a demoralizing job search experience, but companies have to pay thousands of dollars to sift through irrelevant resumes.

Even when candidates do make it to an interview, it may not be for a role they can truly thrive in. Because unfortunately, they’re being evaluated using a resume.

A resume—the most popular, yet least efficient tool—encourages candidates to game the system.

Just the other day, an internal recruiter told me that in the last month, she reviewed 1,000 resumes, interviewed 30 candidates, and hired 10 people. That’s a 3% interview rate and a 0.5% hire rate.

No one can say that’s an efficient system with a straight face.

Due to the sheer volume of applicants for every role, companies rely on algorithms to filter out resumes that don’t meet certain criteria. But everyone knows that by now. It’s common knowledge that candidates have to match their resumes to keywords from the job description if they want to beat the recruitment “filters.”

Unsurprisingly, that approach incentivizes almost 50% of people to put inaccurate data on resumes, as candidates fight to get their foot in the door.

Of course, inaccurate data causes problems for companies that depend on resumes to evaluate candidates. Because even if candidates have optimized their resumes and appear to be the best hire, they aren’t always able to explain why they’re what the company is truly looking for. And that is valuable time wasted for both parties.

To stop the cycle of harmful incentives, candidates need to be supported.

After six months of job searching, it’s no wonder candidates start to think, “I’ll just take what I can get.” The rent has to be paid somehow, right?

But by settling for a job, people keep getting sucked into a vicious cycle of job hopping because they’re using the same broken system—fueled by the same bad incentives—to do it.

Instead of encouraging this cycle, the recruiting industry needs to acknowledge that people are struggling to find the right jobs because the company has taken precedence over the person.

When people come first, the system is focused on the individual looking for a job, not solely on the company looking to fill a position.

It aims to understand the true working behaviors of a candidate and route them to a job where they can do their best work long-term.

That’s why our team at Edvo is constantly asking, “What type of role would this person thrive in? What job would lead to a successful career and lower turnover?”

By shifting strategy to focus on people, recruiting can bring both sides to the table and stop the suffering. Because without change, the vicious job search cycle will only continue perpetuating itself—and doing a disservice to the people who rely on it for their livelihood.