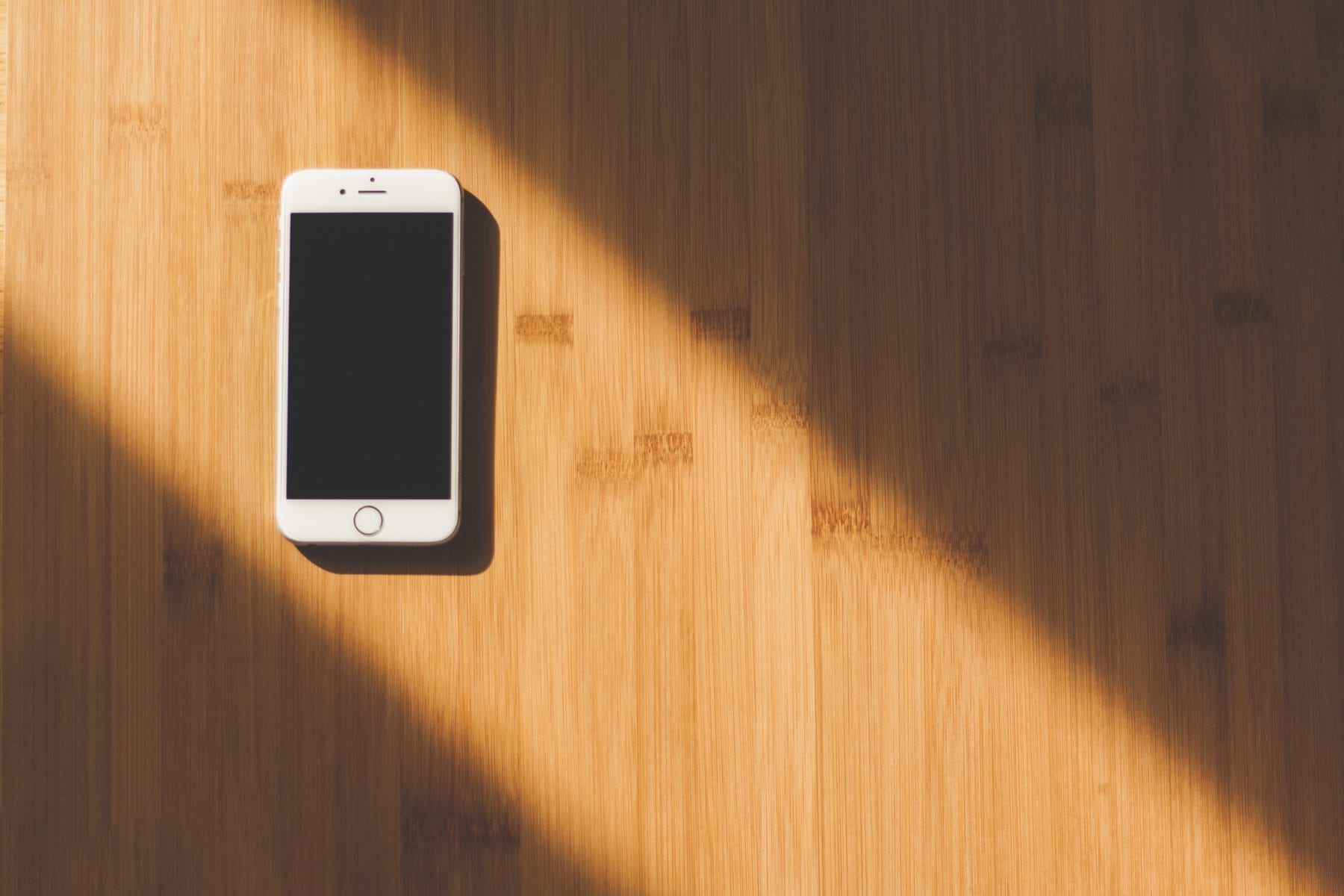 Every morning, a parade of children go by my office window on their way to the elementary school up the street.

There’s one little girl I notice, in particular, because she’s always using one hand to cradle a gigantic iPhone against her chest. She holds it sideways, barely keeping it in her hand as she totters along, glancing up occasionally to make sure she’s still on the sidewalk. She can’t be older than seven.

And while giving a cell phone to a child that age may be an accepted practice right now, there’s also a growing backlash to it—especially among those who’ve been closest to the creation of that technology.

Take Athena Chavarria, a former executive assistant at Facebook who now works at the Chan Zuckerberg Initiative. She told The New York Times she lives by the mantra, “the last child in class to get a cell phone wins.”

Children aren’t the only ones who can be affected by an over-abundance of screen time, either. If you’ve ever felt an irrepressible urge to check your email, see if someone’s texted you, or simply pick up your phone and look at it—even when you know there’s nothing there—you aren’t alone. And there are much more serious consequences to that behavior than we’ve generally been led to believe.

If you’ve ever felt like you’d benefit from cutting back on the number of times you check your phone or the amount of free time you spend in front of a screen, I’d recommend any or all of these three books:

The Shallows: What the Internet is Doing to Our Brains by Nicholas Carr

This is quite possibly the only book I can say has changed my life, in that I actually altered my daily routine after reading it.

Carr, an early adopter of personal computers, the internet, and blogging, first began investigating what heavy internet use does to our brains after he noticed a depletion of his own ability to concentrate for long periods of time. The results weren’t pretty.

The Shallows first walks us through the science of neuroplasticity and what we know about our brains’ ability to rewire themselves in response to stimuli, then onward to the ways in which past innovations like the map and clock have affected our minds. And finally, in no uncertain terms, he describes what the internet is doing to our brains:

“When we go online, we enter an environment that promotes cursory reading, hurried and distracted thinking, and superficial learning… if, knowing what we know today about the brain’s plasticity, you were to set out to invent a medium that would rewire our mental circuits as quickly and thoroughly as possible, you would probably end up designing something that looks and works a lot like the internet.”

While Carr’s message ultimately contains some hope that we can work our way back from the distracted, rushed state of mind most of us inhabit, it’s clear that it will require major changes in our day-to-day relationship with the internet.

Amusing Ourselves to Death by Neil Postman

Most pundits invoke George Orwell’s 1984 when they need a dystopian vision to alarm readers or listeners.

But in his 1985 jeremiad, Amusing Ourselves to Death, Postman posits that another, lesser-known dystopian novel outlines a much more serious threat. In Aldous Huxley’s Brave New World, people aren’t coerced by the government—they’re inundated and anesthetized by pleasure and ease.

As Postman puts it:

Amusing Ourselves to Death is a bit of a throwback, but in some ways, it’s even more damning now than it was at the time of publication. It doesn’t take long before you realize practically every point Postman makes about television’s degenerative effect on culture and public discourse has been amplified to absurd levels by the internet and our adoption of smartphones.

Stand Out of Our Light: Freedom and Resistance in the Attention Economy by James Williams

Williams’ insightful look into the corporatized competition for our attention, and what it’s doing to us, is less a chapter-by-chapter guide and more a collection of essays and philosophical musings.

It’s all tied together by his central thesis that the systems intended to direct our thoughts and actions—the powerful combination of advertising and new technologies—are a very real threat to human freedom. It’s not just that we’re distracted, but that within that constant state of distraction, it becomes difficult (if not impossible) to lead the lives we wish to live.

Or, as Williams argues, “There’s a deep misalignment between the goals we have for ourselves and the goals our technologies have for us.”

Winner of the Nine Dots Prize, Stand Out of Our Light is the perfect capstone to any reading on the subject of screen time, distraction, and resistance to the constant onslaught of information that comes pouring out of our phones and browsers every waking moment.

I was drawn to these books after graduating from college, a period during which I realized something insidious had happened to my ability to pick up a book and read for hours. Each of these authors in their own way has helped me right the ship and begin making better choices about the way I spend the limited amount of attention I have each day.

I’d encourage anyone who’s made it this far to read at least one of them. Because at one point in Stand Out of Our Light, Williams wonders, “What do you pay when you pay attention?” One paragraph later, he answers the question rather succinctly:

“We pay attention with the lives we might have lived.”

Reader, writer, content provider. You can find me in St. Louie.