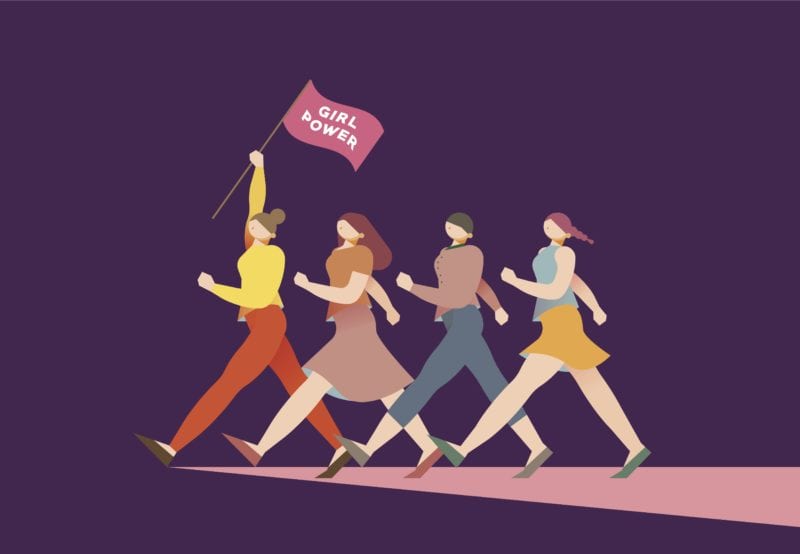 The printer’s broken, your coffee’s cold, and the meeting you thought you prepped for totally didn’t go how you wanted.

Sometimes we have horrible, awful, no-good days at work. And it can really make us want to throw our hands up and go home. On the toughest days, turning to fellow women who powered through their own obstacles can help inspire us to sit back down and keep trying.

Here are a few nuggets of wisdom if you’re having a real rough week and it’s only Tuesday.

1) “I refused to take no for an answer.” —Bessie Coleman

Bessie Coleman was the first African-American woman and the first Native woman to hold a pilot’s license in the United States. After living with her brothers in Chicago, Coleman learned that women could attend flying school in France. She applied to schools in the states and was rejected from every single one. So after taking night classes to learn French, Coleman was later accepted at the Caudron Brothers’ School of Aviation in Le Crotoy, France.

2) “At the end of the day, we can endure much more than we think we can.” ―Frida Kahlo

Kahlo was in pain for most of her life after a traumatic trolley accident as a teenager. But her dedication to painting and writing carried her through, creating an inspiring legacy for young women artists all over the world. In addition to her lasting impact on the modern Mexican art world, Kahlo was also an active communist, housing many fellow comrades at her home in Mexico City—including the one and only Leon Trotsky.

3) “I attribute my success to this: I never gave or took an excuse.” —Florence Nightingale

Known as the founder of modern nursing, Florence Nightingale was instrumental in establishing some of the sanitary protocols that changed the healthcare landscape. After her report of the conditions during the Crimean War inspired world-wide healthcare reform, she went on to found a hospital and a training school for fellow nurses.

4) “Fight for the things that you care about, but do it in a way that will lead others to join you.” —Ruth Bader Ginsburg

Ginsburg was the first tenured female law professor at Columbia and the second ever female supreme justice of the U.S. Supreme Court. Ginsburg has become known as a champion of gender equality in the US, arguing 6 landmark cases on the issue in front of the Supreme Court before her time as a justice.

Beyoncé has been a global pop icon since her earliest days with the girl R&B group Destiny’s Child. She’s since expanded her career to various fashion and product lines, humanitarian efforts, and of course world tours with her musician husband, Jay-Z. However, despite climbing to higher and higher successful heights each year, it’s Queen Bey’s humility that keeps women of all ages looking up to her.

7) “I love painting so much that nothing else matters.” —Yayoi Kusama

Kusama is known for her large-scale installation works that aim to “obliterate” the space around it. She usually works with polka-dots, but her most famous installation to date is the infinity room at The Broad Musuem, in which a series of mirrors and twinkle lights make the viewer feel as if they’re in space. Kusama went relatively undiscovered for decades of her career, with male painters taking the credit for some of her better-known works.

8) “Without an open-minded mind, you can never be a great success.” —Martha Stewart

Many of us grew up watching Martha Stewart walk through a pot roast recipe or creating a decorative pillow on TV. Now, Stewart’s become a business mogul, with several home interior franchises and a popular, ever-present lifestyle magazine. Despite a brief insider trading scandal, Stewart came back to the media world more ambitious than ever and there doesn’t seem to be a facet of the lifestyle industry she hasn’t touched.

9) “Every day you have to abandon your past or accept it, and then, if you cannot accept it, you become a sculptor.” —Louise Bourgeois

If you hate spiders, you and Louise Bourgeois are not going to get along. The sculptor and artist is famous for her large-scale ironwork installations of spindly-legged spider-like creatures. They’re complex, fascinating, and utterly creepy.

10) “You can’t make decisions based on fear and the possibility of what might happen.” —Michelle Obama

One of the most popular First Ladies in modern memory, Michelle Obama is known and loved for her sparkling attitude and ripped biceps. During the Obamas tenure in the white house, Michelle led nutrition and health initiatives for the country’s youth while calling for better resources to be made available for the nation’s service members.

11) “Fear is not a plan, but courage is.” —Alexandria Ocasio-Cortez

One of the youngest congresswomen in history, Alexandria Ocasio-Cortez—sometimes called AOC—has gained a lot of popularity among young people in the US. She cooks dinner while explaining complex political topics on Instagram live feeds, wears hoop earrings to congressional hearings, and otherwise refuses to adhere to whatever extraneous norms her fellow congressmen demand of her. AOC’s dedication to policies that address the threat of climate change have rallied an environmentally conscious new generation around her.

12) “You don’t start out writing good stuff. You start out writing crap and thinking it’s good stuff, and then gradually you get better at it. That’s why I say one of the most valuable traits is persistence. It’s just so easy to give up!” — Octavia E. Butler

Butler is known for her futurist fiction that’s had an eerie level of relevancy in the modern day. Butler’s Parable series is a fascinating Sci-Fi series that intertwines themes on faith, race, survival, and humanity in a way that few other works in the genre manage. Butler’s work has received critical acclaim over the course of her career and as both a woman and an African-American in a white-male dominated space, Butler provided a source of writerly inspiration for many young women.