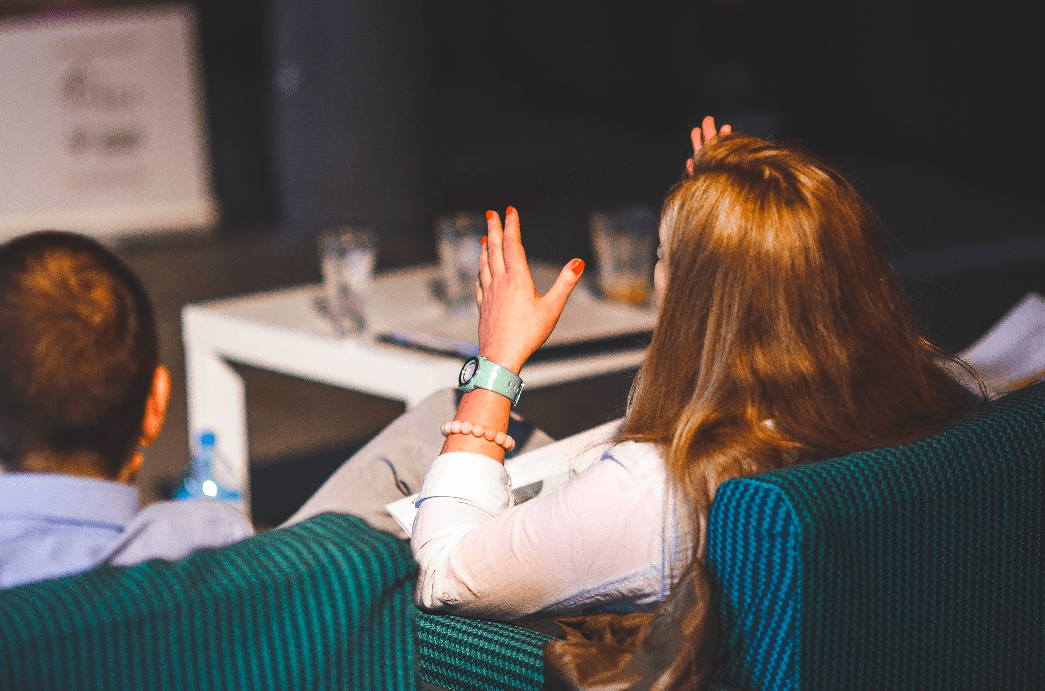 With popular culture infiltrating our phones and implanting into our minds, more and more stimulation is required to catch our attention. And often, the most confident people aren’t the loudest voices in the room. This creates a problem.

We often study the wrong people when trying to understand confidence.

All of those features are created from insecurity. And real confidence doesn’t originate in insecurity–it comes from self-trust.

Authentic belief in oneself is an important part of the equation. Another is congruence between one’s values and actions. And when all of these are molded together through time and repetition, it results in an embodied presence that is interpreted by others to be confidence.

Said another way, genuine confidence is the embodiment of self-trust that comes from living according to your values, practicing what you preach, and repeating that process over time.

Real confidence has little to do with the clothes you wear. And even less to do with being the center of attention.

Genuine confidence is all about how you carry yourself, how you respond to adversity, and the way you make others feel.

The list below is meant to capture several other facets of people with real confidence. Read it and discover little ways that you can be the more confident person you’ve always wanted to become.

These are the traits of extremely confident people.

1. They lead by example and encourage others to do the same.

People with real confidence don’t just talk the talk, they walk the walk. And, in doing so, empower others to do the same.

2. They’re so immersed with their process that they forget what other people think.

It’s not that confident people act like they don’t care about what others think. That’s called being defensive.

The truth is that confident people don’t have the mental energy to care about the opinions of naysayers. They are too immersed in the present moment to even notice.

3. They show confidence through tone and presence rather than words and materials.

People with genuine confidence don’t feel the need to impress you with nice clothes, fancy watches, and Ferrari’s.

4. They prioritize self-growth outside of the office.

Without question, people that have genuine confidence rather than false bravado engage in self-development practices like coaching and therapy. It’s a no-brainer.

5. They practice prior to performing and trust that their preparation will lead to successful outcomes.

It’s not that confident people are infallible gods, it’s that they have natural talent that they maximize through years of hard work. Practice makes perfect.

6. They have a singular focus (rather than trying to do everything at once).

The most confident people aren’t spinning around multitasking. They focus on one thing at a time and give it their all. That’s where confidence in your competence is built.

7. They wear their shortcomings on their sleeve and work around them.

Through coaching and therapy, people with real confidence have grown to know themselves. As a result, they know how to talk about and work around their limitations.

8. They value and maintain supportive relationships with friends and family.

Confidence is relational, meaning that it’s created through interpersonal interactions. People with real confidence open their hearts to those they care about.

9. They turn towards people rather than away from them during adversity.

When the going gets tough, people with authentic confidence ask for help. They fight the tendency to isolate so that they can bounce back quickly.

10. They don’t wait until they’re sick and burned out to schedule downtime.

Similarly, people with real confidence prioritize their health. They make time to exercise. And they schedule time to relax, because they know doing so improves their longevity and focus.

11. They delegate to build a team rather than shouldering all the responsibility.

Leaders with confidence value collaboration. They know that doing everything themselves prevents scaling, increases burnout, and is taxingly inefficient.

12. They let others speak and gather their thoughts before sharing their insight.

Listening is key. Real confidence doesn’t have the pressing need to be first–that’s insecurity.

13. They make eye contact to co-create rather than intimidate.

14. They guard their free time and use it to create balance between input and output.

Genuine confidence requires sustained success. Sustained success comes from saying no. Saying no is only possible when you know the value of balance.

Real confidence doesn’t require you to take up an unnatural amount of space–that’s arrogance.

Meaning that they are decisive and don’t make hap hazardous decisions.

17. They keep a beginner’s mind and always strive to learn more.

Just because they’re confident experts doesn’t mean that they are closed off to new knowledge. In fact, it’s usually the opposite.

18. They express gratitude to helpful individuals and top performers.

Real confidence requires humility and compassion. Giving props to others is part of that.

19. They apologize when they make a mistake.

Yes! They have the self-confidence to admit when they messed up. And enough self-trust to know that they’ll do better next time. There’s no need to shift the blame.

20. They use simple language to say something profound (rather than using complex language to impress others).

People that try too hard to use complex language they don’t know aren’t confident. At best, they’re poor salesmen.

Genuine confidence isn’t loud. It’s isn’t the center of attention. And it isn’t something that can be purchased.

Real confidence, as reflected in the list above, requires work.

Start practicing the things above so that you can, over time, build the confidence you’ve always wanted.

Matthew Jones is a life coach and licensed therapist. His work has been published on Inc.com, the Huffington Post, Thought Catalog, Observer, and more. He is best known for his writings on holistic self-development.