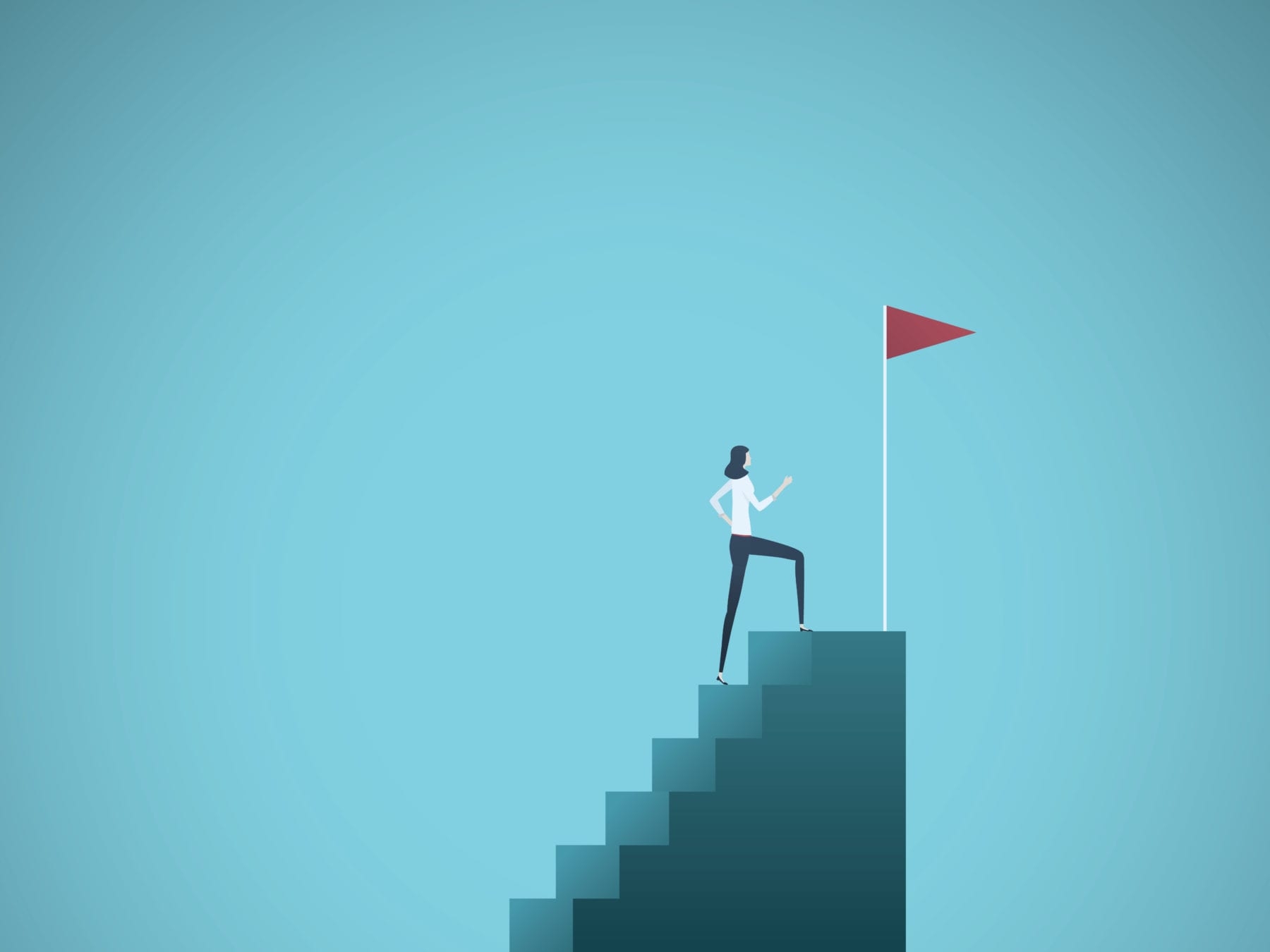 Most people assume successful people were blessed at birth with a rare combination of talents.

Take Elon Musk, for instance. People say he was able to build his empire because he’s a genius. He may be bright, but beyond that, he works insanely hard. He’s been quoted as saying he’s too busy to shower and sometimes even sleeps on the Tesla factory floor.

In reality, successful people aren’t born any different from the rest of us.

They become successful simply by establishing the right habits and sticking to them. Over time, it’s your habits that ultimately determine your success. It isn’t always fun, and it isn’t always easy, but successful people just keep getting up day after day and doing what needs to be done.

It all boils down to having the right attitude and taking responsibility for your own dreams.

Here are four attributes successful people cultivate to rise to the top:

1. They picture themselves at the top of the pile.

When I founded my company, Nimble Software, I thought to myself: “Look, I’m basically jumping over the cliff, but I believe in myself enough that I believe I’ll succeed.”

I cashed out my 401K and put all my eggs in one basket. There was nothing to fall back on. So failure wasn’t an option.

I knew that if I wanted to make it work, my attitude was everything.

I know lots of people who are quick to blame others for their circumstances. Those types of people rarely succeed. Those who find success in life — be it in tech, finance, etc. — are proactive, not reactive.

In the startup world, the most successful entrepreneurs invent products or services that don’t even exist yet. Embarking on the unknown requires a positive and ambitious attitude. You have to see opportunities when they arise and figure out how to take advantage of them.

More than anything, you have to trust your vision. Otherwise, things won’t just happen for you.

2. They surround themselves with like-minded people.

When you start your own company, people will doubt you.

After all, you’re taking a big risk by leaving a steady paycheck and starting something uncertain from scratch. It’s not an easy road, and when you’re surrounded by doubters, it’s a very lonely one. If the only voices you hear are negative, you’re more likely to quit.

But if the people around you offer good advice and more importantly, believe in your vision, odds are good you’ll succeed.

When I started my own company, I had a few good friends who believed in me enough to provide a little bit of funding to help the business get off the ground. They were entrepreneurs themselves, so they knew how scary it could be in the trenches. Their support was invaluable.

But even if you don’t know any established entrepreneurs, there are some easy ways to build up a network of supporters.

In his book Never Eat Alone, master networker Keith Ferrazzi argues that relationships distinguish super successful people from everyone else. He recommends using meals to connect with colleagues and associates to boost your chance of discovering fruitful opportunities. As Dr. Ivan Misner, founder and chairman of Business Network International, said: “Be visible. Networking is a contact sport! You have to get out and connect with people.”

Being an entrepreneur is hard enough as it is. Find some people who understand what you’re doing and kiss the naysayers goodbye.

3. They roll with the punches.

When we started building the core product for NimbleSchedule, we tried a bunch of different versions of the technology in the beginning that didn’t work.

They weren’t the right technologies, so we had to redo a lot of things. Rather than letting these hiccups get to us, we instead rolled with the punches and had to believe the end goal was worth it.

If you’re fixated on one idea of how things are going to go, you’re sure to fail. Very little in life is within your own control, but that’s especially true in the unpredictable world of business. Flexibility is crucial. If one strategy fails, you have to be ready to try another. Business leaders have to adopt a flexible mindset, in order to cater to the changing needs of their customers.

If you have a flexible mindset, there’s no need to fear change.

You know you have the power to manipulate a horrible situation and use it to your advantage. As Tony Robbins says, “Stay committed to your decisions but flexible in your approach”

So when something doesn’t work the way you expected, you have to be prepared to let go, find another way, and move on.

4. They stick it out in the face of adversity.

The grind is always difficult — it’s never a straight line, and there are always highs and lows.

But when the going gets tough, successful people push through.

Think about the story of the workplace communication company, Slack. It wasn’t an overnight success. Slack used to be a game developer called Tiny Speck, which made a multiplayer game called Glitch. When Tiny Speck shut down Glitch in 2012, the company redirected its focus to applying the tech that synched the game’s characters and actions to an online messaging service.

The Slack we all know today is worth $3.8 billion.

As Slack’s story shows, true success stories happen when people keep at it and believe in their vision. In other words, successful people aren’t born — they’re made.