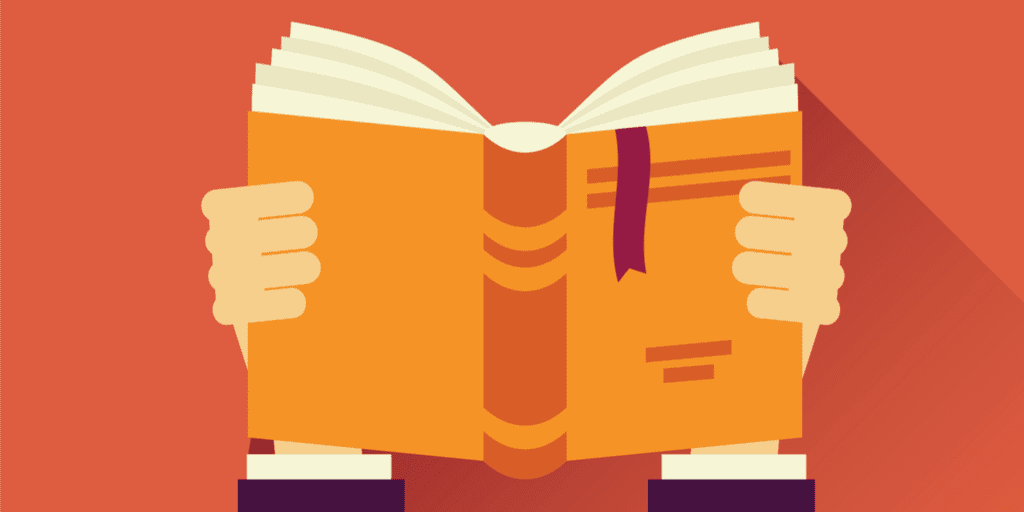 But at the start of 2019, I made a commitment to myself to read two books every month—despite the fact that I’m running a high-growth agency, working on a new book, and moving across the country (from LA to NY).

The reason I made this promise to myself is because I have become painfully aware of the influence reading has on my life: as a writer, as an entrepreneur, and as a human being. When I am actively reading, I feel like I’m overflowing with ideas and knowledge to share during dinners. When I’m not actively reading, my brain feels like sludge, and the most interesting thing I can share with someone is that the coffee shop down the street runs a terrific discount on Fridays.

So, at the start of 2019, I made this promise to myself, also consciously alternating between fiction and non-fiction. Both genres stretch your brain in very different ways—non-fiction feeling like a single road highway, and fiction feeling like a forest with no defined entrance and no perceivable exit. By reading both, I aimed to make 2019 a big growth year for myself, similar to a basketball player practicing being able to dribble and shoot with both right and left hands, independently.

Here are 5 books I’ve read so far that have changed the way I look at the world:

1. The ONE Thing by Gary Keller (with Jay Papasan)

This book has been recommended to me upwards of ten times.

I finally got around to reading it when I spotted the book in an airport on my way back to New York from Denver, Colorado. I had flown to the mountain state to surprise one of my closest friends for his 30th birthday, and it wasn’t until I found myself out of sleepless New York and surrounded by nature that I realized: I really need to figure out how to keep myself more consistently balanced.

For me, the way I have always practiced that is by writing. It’s one of the few activities in life where two, three, four hours of writing doesn’t leave me drained—it leaves me more energized. And yet, because it requires silence, and focus, and usually happens in the early morning or late at night, I was finding it difficult to “get there.”

So, I spotted this book. The title resonated. And I read the whole thing in less than a week.

When I told my co-founder to give it a read, he said, “Let me guess: The power of doing one high-impact thing over time. Here are several examples. Now u can 2. Am I close?”

If you want me to be honest, the whole book is basically that. It’s not a complicated read (and it’s clear that was an intentional decision). The writing is fairly basic. And the narrative feels like most other self-help books that aim for mainstream attraction: piece of advice, popular zero-to-hero story that proves this is true, now you can too.

Still, I found the book helpful for one (The ONE Thing) reason and one reason only. At the end of the day, Keller (the author) was right. By trying to do more, we end up accomplishing less. By trying to focus on five things, we aren’t able to focus on the one most important thing. And for some reason, that was the reminder I needed to hear.

2. Sapiens: A Brief History of Humankind by Yuval Noah Harar

Another book that has been on my list for a long time, Sapiens may end up being my favorite read of 2019.

This book caught me by surprise. I had just gotten to New York, found myself in a bookstore between meetings with some time to kill, and walked out with my backpack full of new books—this one still in my hands. I had popped it open on a whim, started reading, and all of a sudden found myself completely immersed in the ancestry of our human race.

What makes Sapiens such a unique read is the fact that it is full of fascinating history, and yet it doesn’t read like a history textbook—not one bit. The writing style is concise. The pace is fast. The tone is very matter-of-fact, and the “rate of revelation” is rapid enough that you don’t get bogged down in too many details.

But more than that, Sapiens has fundamentally changed the way I now look at the world—and our (tiny, tiny) standing in it. From explaining the “myths” of everything from religions to corporations, to unearthing to massive changes that happened as a result of the agricultural revolution, Sapiens helps slow things down to show the (small but powerful) impact we’ve had on the world.

The most disappointing fiction I’ve read in a long time, I’m going to just come right out and say it: 1984 is one of the most overhyped books of all time.

Compared to some of the great fiction authors of the past however-many years, and Orwell absolutely thrives as an essayist more than he does a novel writer. While the book maintains a terrifically grey and dystopian tonal quality, the characters are forgettable, the plot lacks musical dynamics, and the entire story could have been told in half the time.

The redeeming quality I’d like to point out about 1984, however, is that this futuristic novel was originally published in 1949. If you consider what life was like at the end of the 40s, and what its message must have symbolized at the time, I believe it was Orwell’s risk taking with the narrative that solidified this book in literature’s history. So, for that, we give him credit.

But if you’re looking for a fun and exciting dystopian novel, you’re better off reading Ray Bradbury’s Fahrenheit 451.

Contrast this to 1984, and Women by Charles Bukowski landed itself in my Top 10 favorite fiction novels.

Very rarely do fiction writers choose a narrative voice that so closely resembles the non-fiction / memoir that you forget you’re reading fiction altogether. Instead, I find most fiction writers opt for the hazily descriptive narrative voice, beautiful sure, but lacks any resemblance to the way a normal person talks or would tell a story in real life.

Bukowski thrives at executing the latter.

His minimalist style held my attention all the way until the very end. Women is an intentionally repetitive reflection on all the women our fictional narrator (although apparently heavily based on Bukowski himself) has found himself in bed with—and subsequently feeling guilty about. Full of self-deprecating comedy, single sentence descriptions as vivid as entire pages written by other authors, and a drunken tone you can’t help but love to listen to, and Women is a book I wish I’d found earlier in my life.

5. Expert Secrets: The Underground Playbook for Creating a Mass Movement of People Who Will Pay for Your Advice by Russell Brunson

And finally, the outlier genre I like to pick up every now and then: marketing (specifically digital marketing and growth hacking).

For those that don’t know, Russell Brunson is such an impressive entrepreneurial case study, it’s hard not to pay attention to the empire he’s slowly building for himself—regardless of whether or not you agree with some of his tactics of getting there.

Brunson has built an entire business around this idea of “sales funnels.” He originally applied his learned knowledge around high-converting landing pages, paid media, and clickworthy sales copy to supplement companies he owned himself. But then, like most entrepreneurs, he realized the much bigger opportunity would be to then share these tactics with other business owners and entrepreneurs—selling them in the form of “information products.”

The third step he took though, and the one most entrepreneurs in this category never get to, was he then laddered up his information products and personal brand into a software company called ClickFunnels—which he originally bootstrapped and has turned into a $100M+ per year business.

Brunson’s book, Expert Secrets, was the first book he published when he first decided to tackle this space. And as much as it falls in this niche category of Internet digital marketing advice, the truth is, it’s full of timeless wisdom about how to target, speak to, and attract your ideal customer.

If you’d like more book suggestions, or want to become a professional writer yourself, then I encourage you to read my monthly letter. Subscribed and loyal readers automatically receive digital copies of all my future books for free.