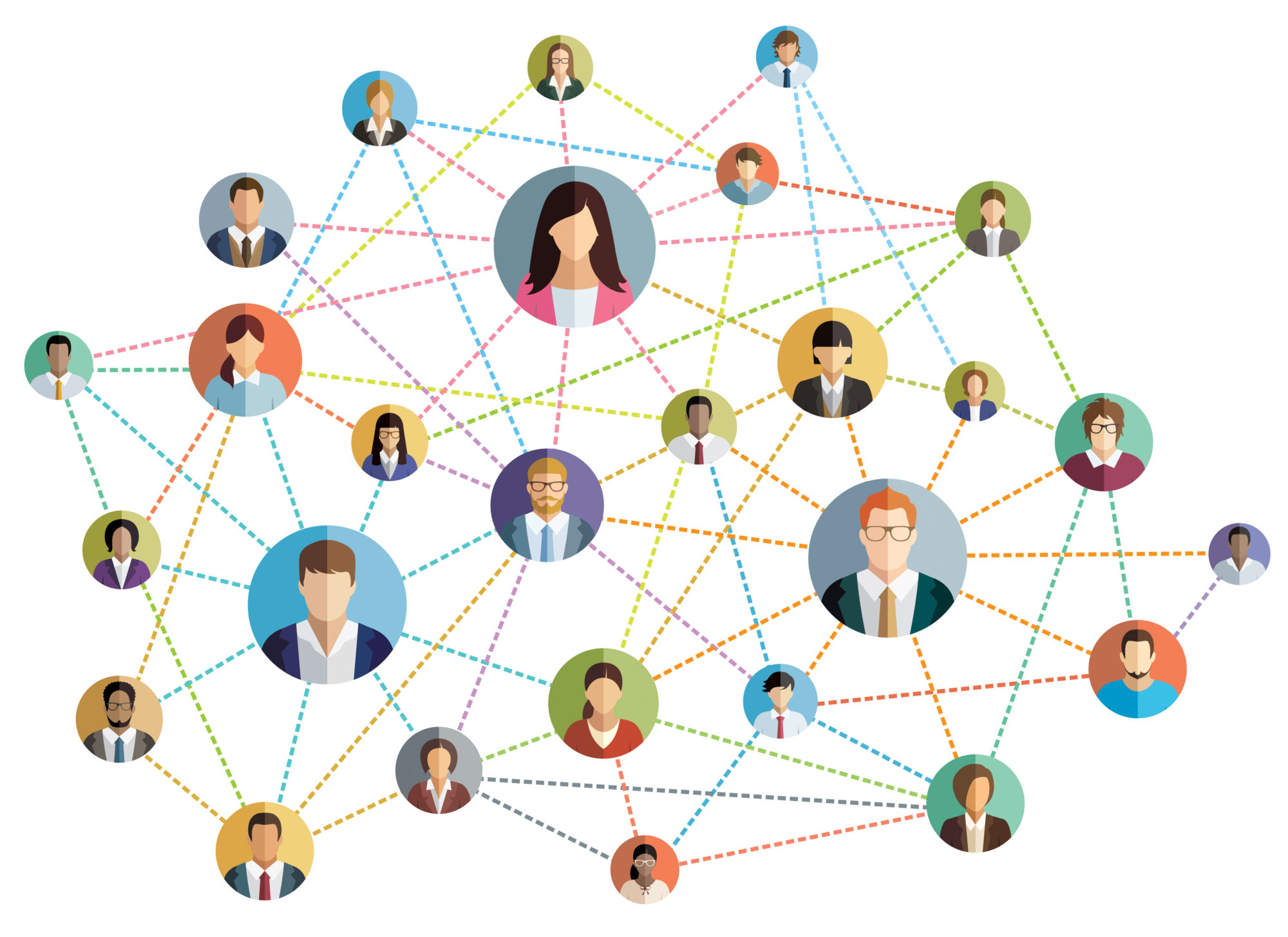 Network like a pro with these five tips from our Minutes professionals.

You don’t have to love networking (or be a reporter) to be good at it.

I began my writing career as a news reporter for my hometown paper. Fresh out of college, and new to the industry, I knew I’d need to start networking to effectively cover my beat.

But building a list of contacts wasn’t just on my to-do list. A few days in, I realized this task would be the most important part of my job.

A good journalist relies on networking. A varied and reliable list of sources is essential to a reporter’s success. Contacts keep us informed. Without them, we won’t get that front page breaking news story—or the respect of peers and editors.

As I progressed in my journalism career, my sources became more than just a part of the job, however. Over time, I developed long-standing relationships with nearly everyone I interviewed.

Moving forward, my network did more than provide me with an opportunity to connect to influential people in my community. It also helped open doors later in my career.

I was introduced to an editor at a magazine looking to hire a freelance feature contributor—one I continue to write for today. Others in my network recommended me to friends and family to assist with website content. Still more have hired me to generate work-related speeches or edit important presentations.

Although I became comfortable networking because it was—quite literally—my job, most people consider it a chore. If you don’t like networking, you’re not alone: one out of every four people avoid it altogether.

But you don’t have to love networking (or be a reporter) to be good at it. You just need to approach it differently by continually finding ways to connect with others as part of your daily work routine.

Here are five tips on how to make networking easier from the Minutes professionals who’ve mastered it.

“You could be one step away from being the person everyone likes to have around—a problem solver.

How? The secret to becoming a problem solver is locked up in five short but magical words. When you learn to use them, you’ll find that whatever you’re working on—your career, relationships, or network—immediately begins to improve. And, over the long-term, the results become exponential.

When you ask, people will tell you—and you automatically begin the process of building a relationship based on mutual trust.

In that moment, you also have the opportunity to be a problem solver. When you lend a hand, it opens doors for you. Asking people what you can do for them isn’t about keeping score or trying to gain favors, it’s about building long-term relationships—putting aside your own immediate interests for a moment and focusing on someone else.

They may not immediately decide to do business with you. They may never return the favor. But you’ll find that a lot of people will remember what you did for them and somewhere down the line, they’ll reciprocate.

There isn’t enough time in the day to tell you how many doors “how can I help you?” has opened for me. It’s the question that everyone wants to hear, but few people ask. If you can become a part of the latter group, you’ll find that those five words really do help you build a powerful network and advance your own career in the process.”

Give a genuine gift to the whole room. (Richard Newman, Founder & CEO of Body Talk)

“No matter how uncomfortable it may be, you need to be able to network. It allows you to meet influential people in your field and helps you grow professionally. Not to mention, people who make an effort to improve their networks are 42%–74% more likely to be promoted than those who didn’t.

For me, I finally began to feel more comfortable networking after finding ways to transform a painful experience into a personal one.

For 11 years in a row, I grew my business by 40% per year, and the greatest tool for doing this was giving short speeches at networking groups.

Many of these events will have a speaker, who offers insights and inspiration. However, they often struggle to find a decent speaker who will do this for free without turning it into a sales pitch that makes the audience groan.

I reached out to every networking event I could find and offered to deliver an interactive workshop, sharing some of the best insights that I gave to paying clients. At one of these events, there was a lady in the audience that happened to be the Head of Learning and Development for a major telecom company.

Over the next couple of years, we gained over £250,000 of work from her—from one short speech that offered genuine value.”

Get some real face time. (Brandon Metcalf, Founder & CEO of of Place Technology).

“Relationships can help define your career. Above all else, I attribute my professional success to the relationships I’ve built.

In every role I took on, I worked hard not just on my day-to-day tasks, but on people—I made a concerted effort to build genuine connections with those around me. I was always striving to gain the trust and respect of everyone I worked with, from my peers to the senior executives who ended up changing my career trajectory.

One way to do that is to make the effort to spend time with the other person, face-to-face. It’s all too easy to get comfortable with communicating only digitally. Email, Slack and even phone calls often aren’t personal enough to build sincere emotional connections.

Instead, suggest grabbing a coffee or lunch with someone. Break free from the mundane cycle of daily digital messaging that can easily cause a relationship to fizzle out.”

Build your network through genuine connections with other founders. (Angela Hood, Founder & CEO of ThisWay Global)

“When it comes to networking, your goal should be to establish a founder network that will become a mutual sounding board, built with honest and meaningful advice you can trust.

I’ve benefited most from founders who are open and genuine with me. But typically this only comes after time and once you have developed a trusting relationship. Respecting fellow founders, and the confidences they share with you, is paramount.

If you don’t already have a close network of founders to lean on (and many first-time founders don’t), don’t worry—there are other ways to establish trusting business relationships.

I recommend signing up for conferences that encourage smaller groups of founders having real conversations, rather than empty small talk or generic advice. In my industry, for example, one of the best conferences is the Business of Software. It’s attended by a few hundred founders from companies of various sizes.

People talk openly and honestly about how they’ve overcome various challenges. Being in a room with people of high caliber that are willing to be vulnerable and speak candidly has helped me a great deal. If I only had time to attend one event each year, this would be the event of choice.”

“The best way to start a flywheel—expand your network with little effort—is to introduce disconnected parts of your personal network. This both makes your network stronger and is a great way to offer additional value to existing connections. And they’ll likely return the favor by introducing you to other valuable connections. It’s a win-win.

Once, I attended a conference put on by a company that I’m an investor in. There, I met an interesting guy who knew of me and invited me to the Consumer Health Summit, which he’d been running for 20 years. The event draws many of the top founders in the health and wellness industry, so it was a prime networking opportunity. I met at least a dozen valuable connections there.

I think this story illustrates the flywheel effect pretty well: Once you establish a solid network and make a name for yourself, doors leading to new opportunities begin to open naturally. At some point, all you have to do is show up and things happen for you.”