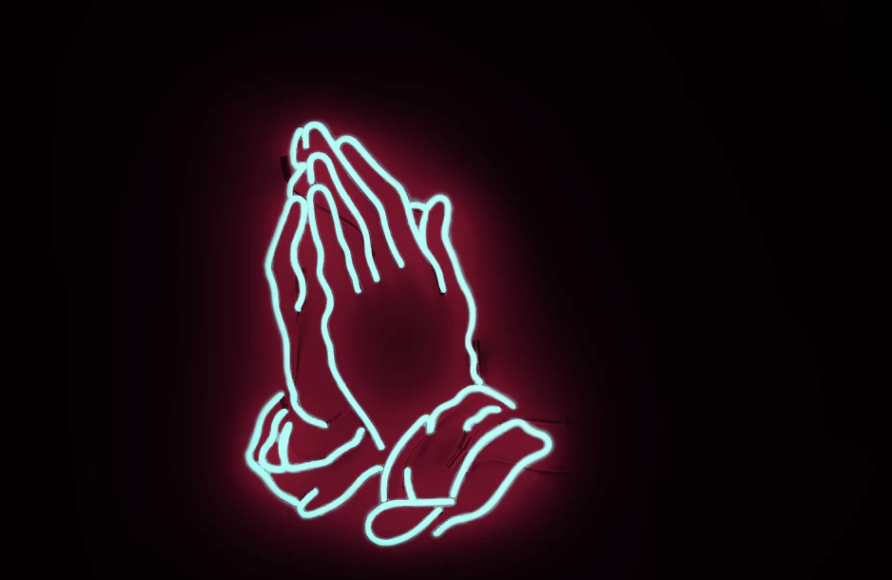 I’ve said it before and I’ll say it again: If you want to become a successful entrepreneur, emulate rappers.

You can learn just as much about running a business from someone like Drake as you can from a guy like Elon Musk.

When I said this initially, I got a lot of pushback. But seeing successful entrepreneurs like Joey Sewilo of The Joe Money Podcast make the same parallel solidified my belief that rappers make great role models for aspiring entrepreneurs.

Here are six lessons espoused by the 6-god himself which exemplify why.

1. Your past doesn’t dictate your future.

Before he was Drake, Aubrey Graham was an actor from Tornonto, most famous for playing a supporting role on the canadian T.V. series “Degrassi.”

But even in his days as an actor, he knew he wanted to pursue music. “I want to do this music thing, and I want to take it seriously,” Drake said in an interview in his mom’s basement back over a decade ago.

And clearly, he did. Six mixtapes, five studio albums, four Grammy awards, and more than 50 billion streams later, Drake is the biggest recording artist of our time.

Lots of musicians transition into acting, but not many have done the opposite—let alone, done so as successfully as Drizzy Drake. It just goes to show what you’ve done in the past or even what you’re doing now have no bearing on what you can do in the future.

A huge reason for Drake’s unmatched success as an artist has to do with his mentor: New Orleans native and rap icon Lil Wayne.

As the story goes, Jas Prince, son of the legendary hip-hop entrepreneur J Prince, discovered Drake on MySpace (he was the number one Canadian artist on the platform at the time). Jas, who was good friends with Wayne, made the intro back in 2006. By 2009, Drake signed to Wayne’s record label Young Money and Wayne took the young Toronto star-on-the-rise under his wing.

At the time, Lil Wayne was at the height of his popularity. It hadn’t even been a year since he dropped Tha Carter III, which went platinum in less than a week. But Wayne, being the business man that he is, saw an opportunity to foster the next generation of music through Drake.

Even though their styles are wildly different—Lil Wayne primarily producing southern street music while Drake, a combination of R&B singing and pop-rap—Wayne challenged Drake to find his own voice. Not long ago, Drizzy expressed his appreciation for Wayne—and the importance of finding a mentor in general—via Instagram:

Since meeting back in ‘06, Drake has followed in his mentor’s footsteps, becoming a global icon and successfully launching his own label, OVO.

3. Collaborate to grow your brand.

As Sewilo points out in his IG post, Drake has done an impressive job collaborating to grow his brand.

Back in 2013, the 6-god signed a $10M deal with Jordan, elevating his brand to new heights. His label, OVO, had just launched its own clothing line of fresh athleisure-wear (this was shortly after Kanye West ended his deal with Jordan’s parent brand, Nike). And according to the Reddit community, it’s rumored Drake has another big deal with Nike in the works—this one potentially for $460M.

Aside from his collaboration with clothing brands, Drake teamed up with his hometown NBA team the Toronto Raptors to expand his brand even further. He’s now publicly known as the team’s global ambassador.

“Over the past four years, the Raptors’ relationship with Drake has always ultimately been about celebrating this city and the people that make it unique,” said Masai Ujiri, president of the Toronto Raptors. “We have something very special happening in Toronto and Drake is a big part of that.”

How’s that for a marketing play?

4. Use money to make money.

In 2019, Wealthy Gorilla reported Drake’s net worth was an estimated $140M. Not all of that has come from music sales, however. A healthy sum of Drake’s income is the result of endorsement deals and smart investments.

Aside from his deals with Air Jordan, Nike, and the Toronto Raptors, Drake is endorsed by Sprite, signed a $10M deal with Warner Bros. in collaboration with his OVO clothing brand, and signed a deal with Apple Music (releasing his most anticipated album, Views, exclusively on the streaming platform). He also recently invested in an online gaming company where gamers can compete for cash.

Elon Musk, Bill Gates, Jeff Bezos, and Warren Buffet have all preached about the importance of putting your money to work for you. Drake has certainly done that.

5. Use vulnerability to your advantage.

Want to know something more impressive than being the most streamed artist on Spotify in 2018, beating out Ed Sheeran, Bruno Mars, and Ariana Grande? Drake’s 2011 album, Take Care, is still on the Billboard Hot 200 chart—almost eight years after it’s release date.

What’s amazing is that even though the album’s genre is hip-hop, a majority of the songs don’t actually sound like stereotypical hip-hop music. Since the rise of gangsta rap mid-80s, the genre is primarily known for being “hard,” “violent,” and “real.” Tracks like “Take Care” featuring Rihanna, “Marvin’s Room,” and “Shot For Me” are all known for being soft and emotional.

Actually, there were entire social pages dedicated to the rapper’s infamous sensitivity:

But regardless of being clowned for his willingness to wear his emotions on his sleeve, Drake’s tracks were all irresistibly catchy—and he knew it. For him to go against the norm and not only capitalize, but dominate off of vulnerability is a testament to his aptitude for understanding what sells.

Not only does the Toronto emcee have multiple radio mega-hits like “Hotline Bling,” “Nice For What,” and his first number one smash, “One Dance (feat. WizKid & Kyla),” he’s always had an uncanny ability to rap (and sing) in multiple styles—something he undoubtedly uses to his advantage.

Drake is uniquely able to show off his edgier side in “Hype,” “Worst Behavior,” and “6 God,” while still being famously recognized as a “softy” his songs “Marvin’s Room,” “Find Your Love,” and “Shot For Me.” Somewhere in the middle of that spectrum, you’ll  find lyrically dense tracks like “Look What You’ve Done”, “Do Not Disturb,” “Pound Cake / Paris Morton Music (feat. Jay Z),” and his most recent 2019 release, “Omertà,” loaded with double entendres, layers of similes and metaphors, incredible wordplay, and live look into his life as he experiences it.

Instead of finding one type of customer his product could serve, Drake identified multiple music-listener personas, and mastered the art of messaging to each. His two most recent albums, More Life and Scorpion had over 20 songs each—aka, songs for every listener.

Whether you like him for his mainstream bops or bar-heavy bass-slappers, Drake’s all-encompassing target audience is a huge reason why he’s become a global icon.