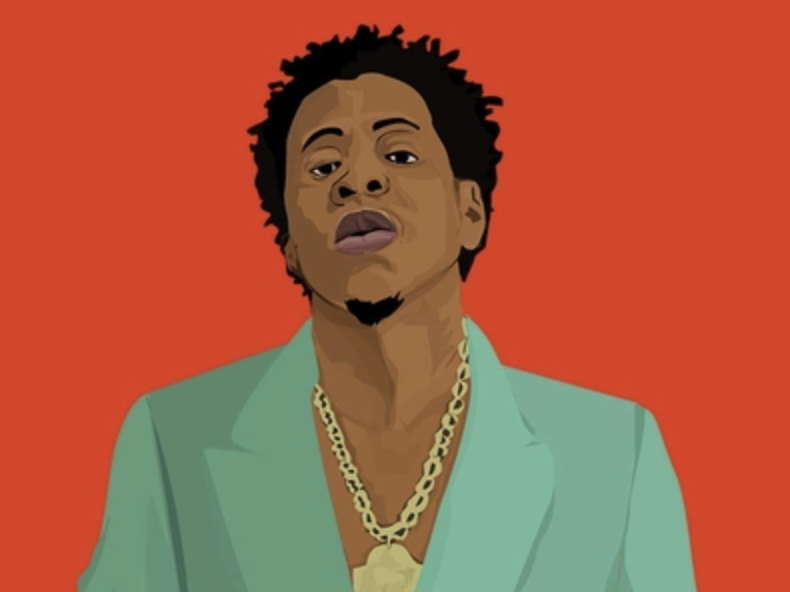 “Try to own as much of yourself as possible,” said rapper and Brooklyn native Jay-Z in an interview back in 1996. “It’s gonna pay off in the long run.”

He was 27 years old at the time, and had just released his highly anticipated debut album, Reasonable Doubt. In an era where massive record-labels like Sony, BMG, and Warner Bros ran the music industry, Jay-Z probably sounded overly ambitious—and maybe even a bit naive.

Now, according to Forbes, he’s worth a billion dollars.

So, how does a kid go from Brooklyn’s Marcy Housing projects to 22-time Grammy-winning artist, record label owner, and multi-industry business mogul?

Aside from hard-work, self-belief, a lot of talent, and a little bit of luck, Jay-Z has something most entrepreneurs take for granted:

Building personal brand equity is one of the smartest ways to invest your time. Why? Because it’s transferable. You’re able to direct the attention of your personal following to everything you touch—and that’s exactly how Jay-Z maneuvered to amass his fortune.

One of my favorite Jay-Z lyrics of all time sums up his understanding of personal branding perfectly. In Kanye West’s “Diamonds From Sierra Leone (Remix),” Jay-Z raps:

Explaining the lyric to Genius, Jay stated, “All my businesses are part of the culture, so I have to stay true to whatever I’m feeling at the time, whatever direction I’m heading in, and hopefully, everyone follows.”

Being able to grasp the potential power of personal brand equity—something most people never fully realize—is what has made Jay so successful. Whatever he’s working on—be it music, selling his own cognac, investing, collecting fine art—he knows how to transfer his brand equity and create value around something (sometimes seemingly out of thin air).

And that’s exactly what separates entrepreneurs that plateau, from ones that continue to grow.

Instead of branding a businesses, successful entrepreneurs brand themselves.

Think Elon Musk—whenever he starts a new venture, we immediately know about. Why? Because he’s done an incredible job branding ‘Elon Musk’.

Same thing goes for Jay-Z. His understanding of transferable personal brand equity has helped him:

The question you might be wondering then is, how did Jay Z brand himself so well? Or, the deeper question might be, how is he able to connect with people at such a deep level—enough to turn them into fans/followers?

The answer is pretty simple: he shared his personal story.

And he did so really well through music. Aside from having an aptitude for rhyming and rapping to a beat, Jay-Z is a wonderful story-teller, which invites listeners to connect through a shared personal experience—or at least allows listeners to gain a new perspective.

One of my favorite examples of Jay-Z’s incredible ability to tell a story comes from his second verse of his 2001 track “Renegade:”

“By the bodega, iron under my coat

Do not step to me, I’m awkward, I box lefty

An orphan—my pops left me, and often my mama wasn’t home,

Could not stress to me, I wasn’t grown,

Especially on nights I brought something home to quiet the stomach rumblings,

My demeanor, thirty years my senior,

My childhood didn’t mean much, only raising green up”

In the verse he paints a picture of his childhood (or lack thereof), feeling like an orphan as his mom worked odd hours and his dad was never around. His days were spent standing by NYC bodegas, selling crack to addicts in order to make enough money to put food on the table.

Illustrating those experiences through using his gifts of making music and story-telling is how he was able to connect with so many people at an emotional level—and how he was able to amass an incredibly loyal following that seems to support every business move he makes.

But even if you don’t make music, and don’t have a “fascinating” personal story, you can build just as loyal of a following as Jay-Z.

By sharing what you know.

No two people see the world in the exact same way—and even if you don’t feel different, you are. So use that to your advantage.

Write articles about a time you failed, and how that makes you qualified for whatever you’re doing now. Make a weekly one-minute vlog about something you learned over the weekend—be it about business or general interests. If you’re active on social media, interact with people on Twitter and Instagram by responding to tweets or talking to people over Instagram Live.

Find ways to genuinely interact with people on a consistent basis, and always look to provide them value whenever you can. Soon enough, you’ll build a following and personal brand equity that will follow and support you wherever you go…