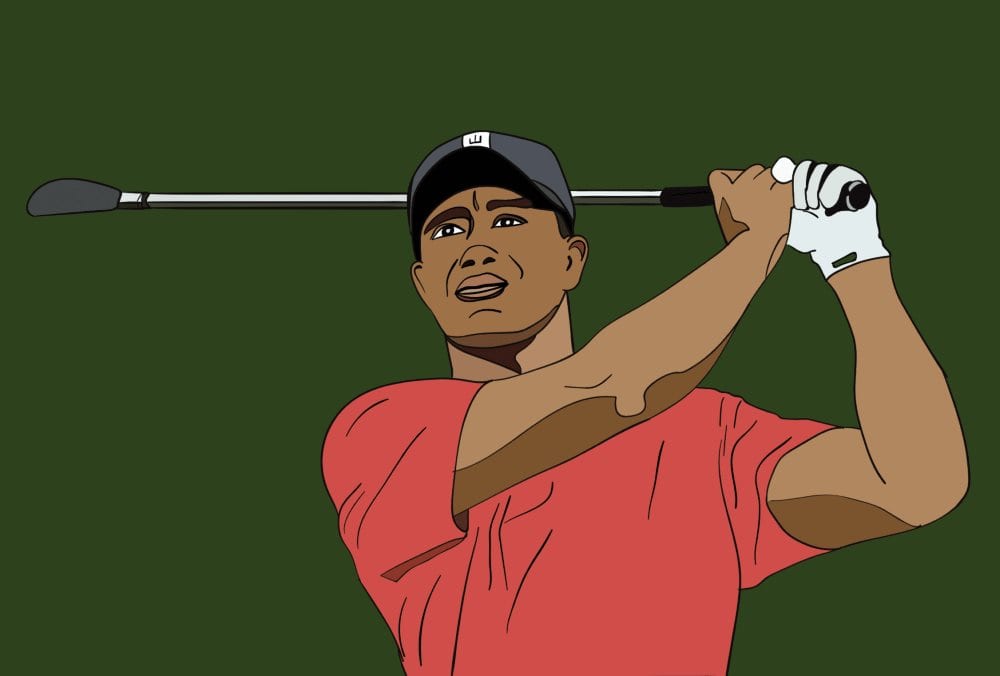 Tiger Woods is the greatest golfer to ever play the sport. Yes, golf legend Jack Nicklaus has technically won three more majors, but Tiger has done more in a shorter window of time. In just over twenty years, he’s won:

The comeback which last Sunday’s win marks the completion of is remarkable for both practical and poetic reasons. Tiger’s first major tournament victory came at Augusta in 1997. He was 21-years-old at the time—the youngest golfer ever to win a PGA tournament, let alone the freaking Master’s. It’s fitting his comeback came on the same stage.

At the same time, though, I’m not sure many people appreciate how physical of a task Tiger’s comeback was. Since 2009, he’s had four knee surgeries and four surgeries on his back and neck. Similarly, the trouble he caused for himself back in 2009 had a serious psychic toll. He lost nearly all of his major sponsors; he lost fans; and the media turned against him. Seeing how golf is as much a mental sport as it is physical, the blowback from his actions was likely harder to come back from than most fans give credit for.

In an interview with The Athletic, Michael Jordan reiterated this: “I took two years off to play baseball, but nothing like that. I’m pretty sure he questioned himself, whether he could get it back, and he had to put a lot of work in. But he took it head-on. He had to change his game; he had to change his perspective a little bit. To me, it was the greatest comeback I’ve ever seen.”

I agree. Being an athlete myself, I can only imagine how sweet his victory last Sunday must have tasted. In a way, he probably felt like the luckiest man in the world.

Yet, luck is the last thing that accounts for Tiger’s success.

In fact, everything you need to know about why Tiger was able to return to form and win last Sunday is epitomized by what he said to his caddie midst the commotion which followed his final sunk putt. With the eyes of the world upon him, the crowd roaring, Tiger embraced Joe LaCava, his caddie, and shouted to him and him alone:

Some athletes would have devoured the moment all for themselves. Many golfers certainly would have done that, seeing as how golf itself is a one-person sport, practiced and played mostly in isolation.

But Tiger knew he wouldn’t have completed his comeback alone.

LaCava has caddied for Woods since 2011, sticking out the physical and emotional rollercoaster that were the past seven years. Working quietly to make sure Tiger was always putting his best foot forward, LaCava was as much of a part of last Sunday’s victory as Tiger was—and Tiger made sure he knew it. In a text to LaCava later that night, Tiger wrote, “We did it, appreciate you hanging in there, I love you like a brother.”

Caddies are often the unsung heroes of golf—as Billy Murray is set to address in his new documentary about the caddie-life, “Loopers.” Considering again that Tiger is arguably the greatest golfer to ever swing the iron, making sure his caddie shared in the victory is a testament to his character.

Having the right attitude—taking care of his troops, putting family first, and remaining optimistic through a whirlwind of negative media—is why Tiger is wearing the green jacket once again.

I don’t mean to oversimplify. There are, of course, a variety of reasons Tiger was able to win this year’s Masters––high among them being his supreme ability at the sport of golf, the extreme extent of his practicing, etc.

But to do what Tiger did required years of grit, determination, persistence. And it also required humility, self-awareness, and appreciation for his loved ones and teammates––all of which was captured by his taking the time to share his win with his caddie.