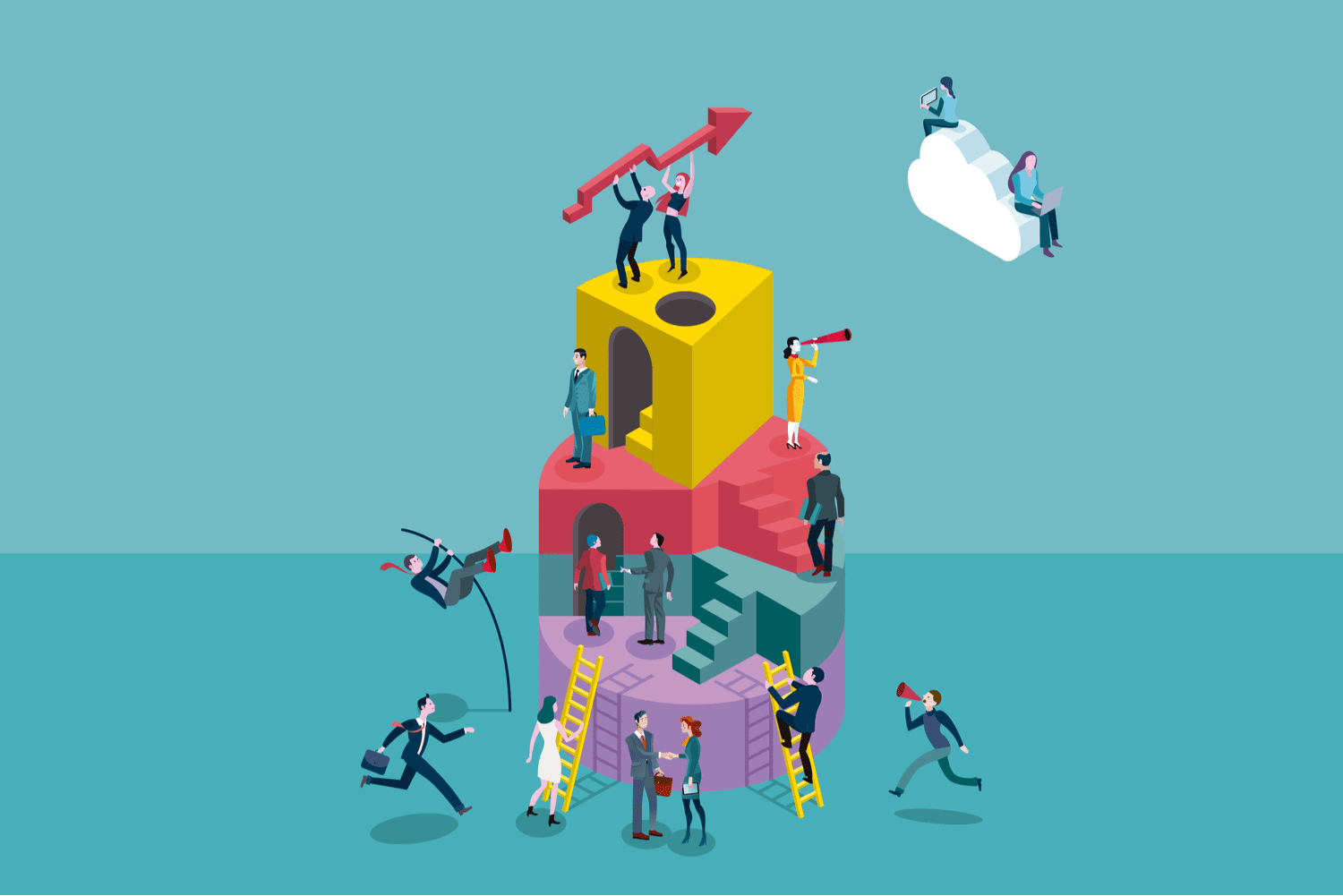 We’ve been taught a certain line of thinking since we were in grade school.

Listen to the teacher. Follow the rules. Generally, behave yourself. And the kid who goes outside those boundaries, who tears up their textbook, for example, gets punished.

But that disruptive kid is actually far more likely to learn to innovate.

According to a recent Harvard Business Review article on how to think like the next Steve Jobs, “Innovators excel at connecting the unconnected.” Impossible scenario exercises prompt this line of thinking by looking at different, potentially unconsidered aspects of a problem. At its core, using impossible scenarios is a form of creative problem-solving not so different from lateral thinking or Hegelian Dialectic. You have to be willing to engage with the what-ifs, the out-there’s, the “that sounds insane” strategies in order to prevent getting stuck in the same iterative pattern.

As an agile coach, I frequently lead sessions in which I help people talk through impossible scenarios as a way to break free of their societal constraints. Through a series of exercises borrowed from different creative fields, teams learn to stop self-censoring, embrace criticism, and learn that what they think is impossible, is really just what no one else has tried yet.

When it comes to thinking through impossible scenarios, there’s a really famous example that agile coaches come back to again and again.

There are two mice in a maze, each seeking out cheese at the end. All of society focuses on helping the first mouse find the cheese. They complement that mouse, cheer it on the entire way. But the second mouse is willing to let go of that praise and go their own route.

They break free of the maze and move on to greater rewards than are contained in the maze—like the rest of the cheese wheel resting on the counter.

Essentially, what this story illustrates is that you can choose one of two paths when solving a problem. You can follow the rules and restrictions placed upon you and go the traditional route for a small reward. Or you can take the considerably larger risk of refusing all expectations and going your own way.

And you know what they say about “The bigger the risk.”

But going against the norm has consequences. Leaving the maze might mean getting zapped when you bump up against the fence—and breaking free of societal constraints, metaphorically speaking, is no different. You’re going to get pushback. You’re going to run the risk of “missing out” on the short-term cheese. But it’s this fear that keeps so many people stuck within the maze in the first place. Which is why, as agile coaches, it’s our job to help people feel comfortable imagining these “impossible scenarios” to begin with.

One thing I try to do in agile sessions is normalizing the line of thinking that leads to breaking free of the maze.

For example, I’ll ask a team, “What is the biggest rule you’ve broken?” People worry about getting punished or reprimanded for answering honestly. But what I try to emphasize during this exercise is that, provided no one gets hurt, it’s okay to break the rules now and again. I ask my team to think of rules that may be antiquated or feel arbitrary—like ripping the tag off your mattress, for example.

By tapping into our inner rule-breaker, we learn to stop self-censoring good ideas before they’ve even started.

But those walls take a while to break down. It goes little by little.

One way I work on this with teams within companies big and small is I’ll start out with a “ritual dissent” exercise using myself as the example. So, I’ll provide a few minutes of coaching in which they just listen to me. Then, I’ll turn around and invite the team to give me feedback that is purposefully exaggerated. The importance of the exercise here is my back is turned—it depersonalizes the exercise and makes it so the team learns to get more comfortable delivering feedback to authority figures. Some examples, I’ve heard include, “Michael, you are the worst agile coach I’ve ever seen,” or “You did a terrible job facilitating this meeting.” In the end, people generally say they had a hard time completing the exercise. They worry about saying something mean, hurting my feelings, speaking up.

And this is where we break through the maze.

I’ll tell the team, “It’s okay to say these things. This is the way we learn to speak up for ourselves.” You don’t always have to say something that feels “mean,” but you should be more comfortable removing your own self-censoring so you can contribute to critical feedback.  And then once the team is comfortable with this small act of rebellion—criticizing the coach, essentially—then we keep doing it until it becomes second nature.

Unlearning self-censorship is like training a muscle. You have to keep practicing in order to keep it up. So, as a group, we’ll continue to do exercises, invite feedback, maintain non-judgments. I remind them constantly that anything goes. And the more we switch between divergence and convergence, the more the team learns to just let go and say whatever comes to mind.

The goal is to gain fluidity of ideas—the crazier, the better.

Sometimes that means asking the team, “How would Thor solve this problem?”

Once the brain’s machinery is primed for flexible thinking, then we can start shifting perspectives to look at issues with a new lens.

My favorite, silly exercise is to ask the team to think of their favorite superhero. Then we ask, “How would that hero solve this problem?” To stick with Thor as the example, we could ask, “Would Thor smash things with his hammer as a solution?” If yes, what good does that do? If no, how else might he approach things? If the group doesn’t have a favorite superhero, then I might ask them to consider the issue from the perspective of their favorite celebrity or household pet or even ice cream flavor.

It’s absurd, yes. But it gets people to think about solutions in an entirely different way than they’re used to. And that’s the point. It’s only when we’re free of the maze, that we’re free to solve any issue, anyway, we please.

Considering the impossible as plausible helps people get un-stuck. They’re able to shift away from the conventional and find their own path. And that’s how teams innovate. By refusing to follow a set course, even if it’s a winding, twisting maze. It’s by realizing that, at the end of the day, really, nothing is impossible.