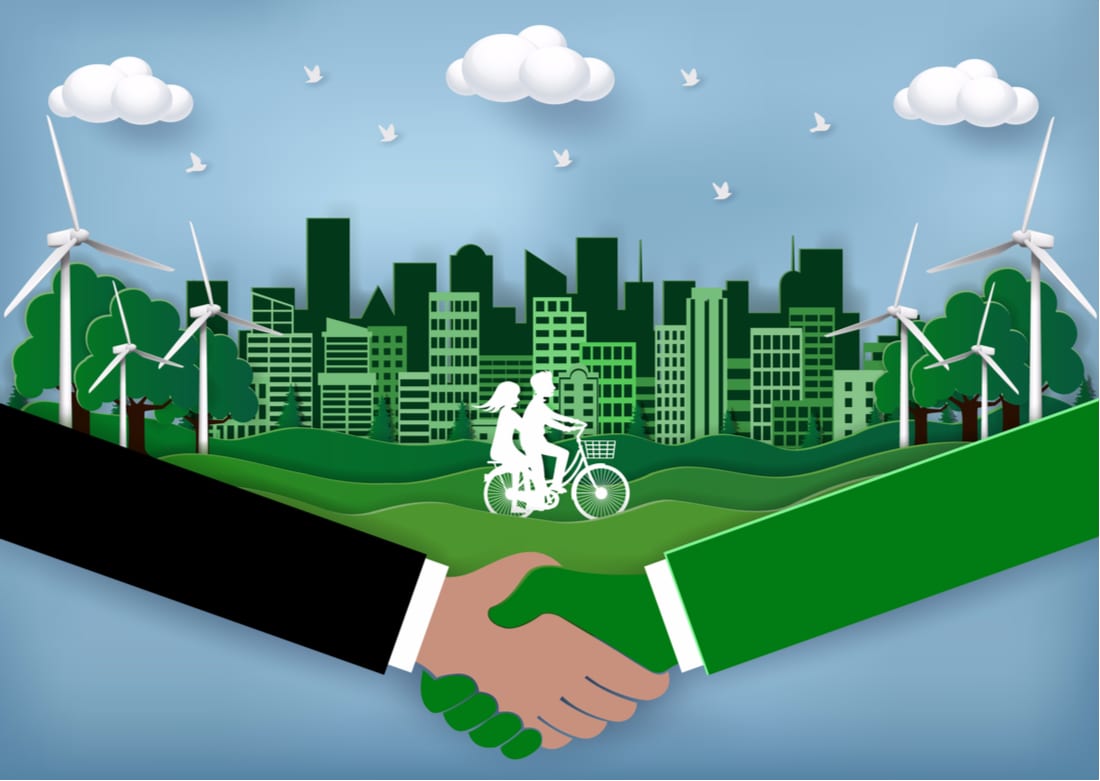 You’ve probably seen it recently in the news: a group of activists referring to themselves as the Extinction Rebellion stripping down to their underwear in the British Parliament to advocate against government apathy in the fight against climate change.

The protest made the news and sparked debate in some circles around whether governments could be doing more in what is certainly the most important fight of our time. Similar debates have happened each time children walk out of school en masse, or each time more people take to the streets to rally against climate change.

And that’s great. Raising awareness of climate change is undoubtedly a positive.

But here’s the reality: it’s not enough.

To really make an impact in our collective effort to save our planet, we need more than spectacle. Specifically, we need to combine things like protests with tangible actions taken collectively at the community level. That means in your city, town, and neighborhood. We need to pressure our local representatives — from state senators to city council members — to take action. We need people who are willing to do the dirty work with universities, politicians, and municipal leaders — who are willing to do more than just make noise, but also make progress.

That’s what will move the needle here.

Here are a few examples of local efforts we can all take starting now.

City council meetings are often the best opportunity for everyday people to make their voices heard and to ensure their words resonate with officials who can translate them into action. It’s critical that in cities all around the country, people begin utilizing this source of change.

The catch, though, is it’s often not enough to attend and ask your representatives to do something just one time. Rather, you’ll need to attend regularly and demand that they read information that you provide to them. You’ll need to get in their face a bit and do so regularly until that action is taken.

It requires persistence, grit, and determination. But if you stick with it — and if you get more of your community involved — it works.

It’s a matter of communicating to the people who represent you and your town that this is an important issue to you and to your neighbors, and that if action isn’t taken, you’ll make your displeasure known at the ballot box.

Of course, it will also require following up on your requests to ensure they’re being followed through on. That means being a bit of a pest, especially since city council members are usually busy fighting other fires. They just need to know how important this is to you and to the town. That’s how big things get done at this level: when lots of people advocate for it.

The saying is true: the squeaky wheel gets the grease.

2) Provide tangible suggestions for what to start doing now.

Of course, it helps if, in attending city council meetings, you’re not just demanding that some vague actionbe taken. Rather, you should come to these meetings with concrete, plausible demands. For example, presidential candidate Jay Inslee recently put out a 15,000-word detailed plan on what we can do now. These are pretty straightforward:

Moreover, a big component of many elected officials’ jobs is procurement. That means that your demands most likely to be heeded are those which involve representatives buying and securing more sustainable goods.

Even asking that the town buys compost and fertilizer that are more sustainable makes a difference. As citizens, we can demand that the things we buy and use are sustainably sourced.

3) Ask city council members to not just commit to Zero Carbon, but to also put in place a specific plan to accomplish that goal.

In general, everything has been decarbonized in other places in substantial ways. Importing these solutions (including those listed below) to your town takes time and political will to shift resources in a culturally appropriate way, but here are some great places to start:

Remember, our national representatives are being lobbied constantly.

Now, for most of us, it’s probably true that attending city council meetings month after month and asking your reps to do things like invest in LED lighting or electric school buses lacks the pomp and excitement of protesting in front of Parliament or marching through the streets.

But it’s worth remembering that the Congresspeople targeted by national protests represent hundreds of thousands of people. And they’re being lobbied constantly — by paid lobbyists, no less.

I’m not saying you shouldn’t participate in mass protests advocating for climate action. Far from it. But we shouldn’t neglect the more on-the-ground work which is equally necessary in this fight. Because not only is that sort of unflashy work necessary, it’s also arguably more effective. It’s perhaps the most economic and efficient way to do your part in combating climate change.

That’s why the best place to start in this fight is at the local level. That’s where we can make real progress now.

And imagine, for a moment, if we came together and we all advocated so persistently at our respective local government meetings. The change would be seismic. If every single town in America enacted $3 million worth of upgrades per year — that’s 30,000 towns/villages — it would, at a sort of base level, account for around $100 billion in positive change. In places like Cincinnati and Kansas City, of course, that number would actually be much larger.

It’s not hard to see how we, collectively, could make very real progress in this fight with no help from the federal government.

We can make that kind of progress on our own. It just starts in our own hometowns.