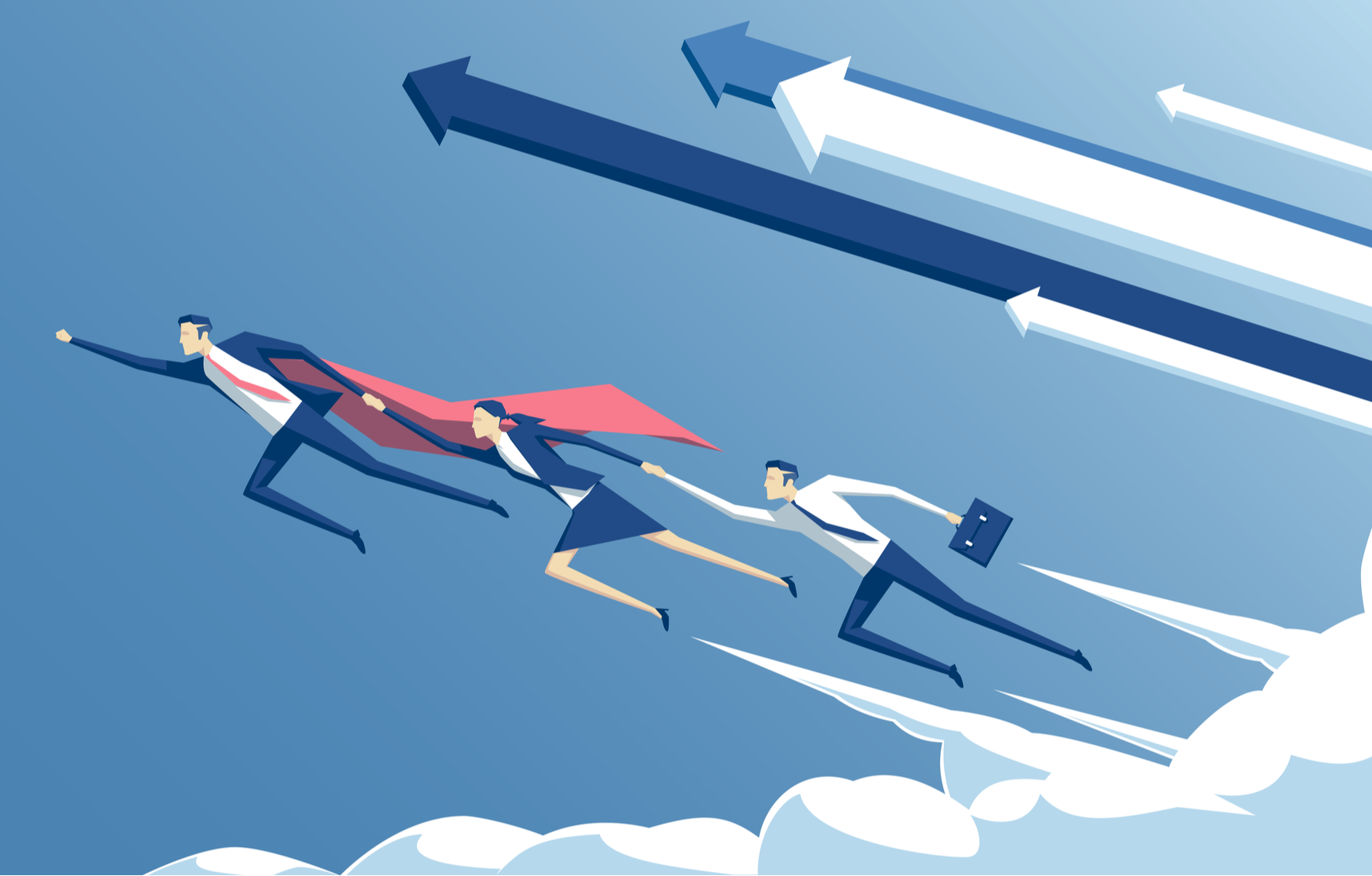 You have just been promoted to a leadership role in your company. You have aspired to be a manager and leader throughout your career, and you have finally achieved it.

Research conducted by CEB shows that 60 percent of all new managers fail within the first 24 months of their new position. And the main reason they fail is because they were not trained properly on how to manage other people and be an effective leader in the first place. You don’t want to add yourself to that statistic, do you?

Here are a few things you can do to succeed.

As a first-time manager, your job is to focus on building trust, engagement, and culture within your team of direct reports. Effective management is about a lot of other things too, but at the end of the day, culture and the way people work with each other on your watch is what has to come first. The people you work with have to trust you and believe in the culture you are building before they can believe in and ultimately execute the strategy you are giving them.

In my own career, the people I looked up to the most, or learned the most from, were individuals who cultivated that sense of trust. They engaged with me, and other team members, on a personal level. They welcomed a direct connection. And they took it upon themselves to get to know me and see me as more than just someone they were managing.

This past year, I took on a new role within SAP as Head of Partner and Small and Mid-Size Business (SMB) Marketing.

I am responsible for a team of 100 people across four or five levels within the organization, spread across four continents.

After reflecting on what I appreciated most about my own managers, I wanted my new team to know I was always available for a one-on-one chat, whether the conversation was work-related or not. My belief, and what I have learned from my managers before me, is that in order to build trust, if someone on your team needs to talk, that relationship needs to be a priority.

Once you have trust as your foundation, you can begin helping your team adopt these four things necessary for them to be successful.

1. Show (don’t just “tell”) people how to have an urgency for change.

Companies that succeeded in the past oftentimes struggle to find their next big leap forward.

I have been at SAP for 14 years, and I have witnessed moments (just like any other company) where new strategies and changes are adopted immediately and effectively, and other moments where new strategies and changes are forgotten and tossed by the wayside. When changes don’t get implemented, it is not necessarily because they are more difficult to execute. It is often because the environment, the team, is not prepared in order to internalize that change.

In a metaphor, “change” is sort of like planting a tree.

First, you have to prepare the ground (your team’s culture), so that it has the best chance of growing and flourishing the way you would like it. Second, you have to show people how and why the changes you are proposing matter. People need to see and understand for themselves the long-term impact—not just be given a task with minimal visibility of the larger strategy. And third, you as the manager need to make each and every person involved see how they fit into the bigger picture. Human beings need to know why their part matters, and how their individual efforts impact the efforts of the group.

What tends to happen instead is new leaders take a seed, throw it onto rocky ground and say, “Here’s our new strategy.” They offer minimal explanation into how or why it matters. They don’t help people see how their individual efforts matter. And then they get frustrated when nobody feels a sense of urgency to implement the changes into their daily responsibilities.

2. You have to put people first, always.

Here are a few tactical ways I have found to help people feel appreciated and valued:

3. Create a culture of openness and sharing.

Oftentimes, the best ideas will come from your team—not you.

As a manager, you have to be the one to set the bar higher for your team. I’m not just talking about the goals team members set for themselves, but how they go about achieving them in the first place. Effective leadership is not just about “knowing the answer” but being able to facilitate conversations in a way that allows the best ideas and “answers” to unfold on their own. Every project and initiative your team takes on, ask yourself, “Have I raised the bar enough? Did we go beyond what was expected, and do something we can be proud of?” The more your team can lift itself because of the culture you have built and the expectations you have set, the less you will have to continually do it for them.

Unfortunately, a lot of first-time managers (and even seasoned managers) don’t allow their teams to achieve their full potential, because they get wrapped up in their egos.

They feel like unless they are the ones to come up with the idea, they aren’t going to have a job anymore. Or, they need to feel like they’re running the show and being seen as the leader, instead of taking a step back and letting the best idea (from whomever) emerge on its own. They say they want to collaborate but, in reality, they want to be the center of attention. As a result, the team reciprocates and feels like their efforts don’t really matter. They learn to just sit back and accept things as they are, instead of helping push the bar higher and uphold the team’s standard for excellence.

As a manager, your number one job is not to be the smartest person in the room. Your job is to essentially organize the room, and make sure the right people are working on the right things, together. From there, your job becomes about having an open mind, listening, and deciding who needs who else in order to be most successful.

4. Keep experimenting so that you and your team can keep learning.

As you continue to experiment and build your own unique, innovative culture, also remember you will have failures along the way.

As a leader, your responsibility isn’t to keep people from failing altogether. We all enjoy being pushed in new directions, challenging ourselves and exploring our potential. Nobody sets out and says, “I want to fail,” but trying anything new comes with the high likelihood that you are going to fail. So your responsibility is to protect your people and the culture you have built. You need to give your team the freedom to go outside their comfort zone, try new things, and have their back when some ideas don’t work out as planned.

For example, every year we hold a media and analyst event called the SAP Partner Business Forum. At SAP, we have an ecosystem of more than 20,000 partners ranging from big enterprise partners like Microsoft and Accenture, along with thousands of smaller partners all around the world. And every year, while we certainly make incremental changes to the event, I knew that in order to see an exponential leap forward, we needed to do something fundamentally different.

Instead of hosting our usual media event, we came up with the idea of doing a live broadcast—similar to the way Apple broadcasts their keynotes online. The event was called Innovate Live and our hope was to have 10,000 people or so tune in.

Of course, leading up to this new broadcast format, a lot of people within the company were hesitant of its success. “Our media events in the past had been great. Why not just do that again?”

Then the day of the event rolled around, and more than 51,000 people tuned in. All of a sudden, our goal of 10,000 viewers seemed small. More importantly, our team really saw and believed even more that driving change within the organization was possible.

Now, does every idea turn out that way? Certainly not. But oftentimes, the invaluable lessons learned along the way are worth the journey, and can be applied to the next endeavor.