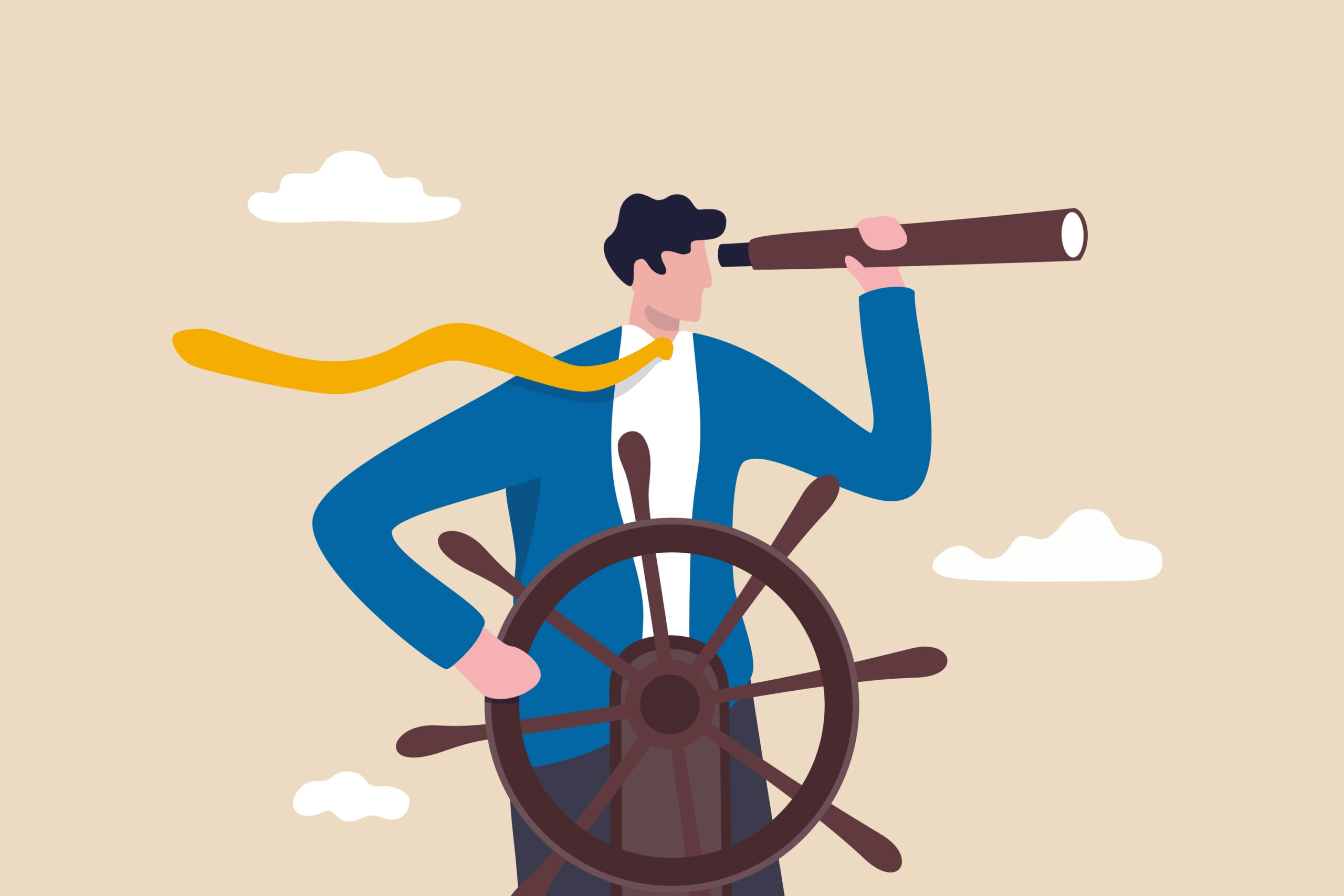 What would your role be?

I often ask this question when I first meet a new leader. What’s your role on this ship? Our work at SYPartners involves helping leaders guide their organizations through moments of fundamental change, and the way a person answers this question reveals a great deal about their leadership philosophy and their willingness to reshape their role around their unique strengths. Some say, “Captain,” because they feel responsible for making day-to-day decisions that steer the company. Others say, “Navigator,” because they’re charting the course and choosing the destination. Some leaders see their role as “Engineer,” because they’re designing the ship to operate like a well-tuned machine. Other leaders say, “Cruise Director,” because they want to create a fulfilling experience for everyone onboard.

I ask this question because there is no right answer, just as there’s no one right way to be a leader. But there should be an answer. The leader who says, “I must be all of these things” is set up for inevitable failure.

All roles have clear responsibilities. However, how you show up has to reflect your natural orientation and skill set. Any leader who will successfully guide their organization through turbulent waters must design their role in the way that works best for them and their team members. This can be a tremendously liberating realization for many of our clients, freeing them from false expectations that there’s a right or wrong way to be a CEO, Director, or senior leader—and giving them permission to lean into their superpowers.

So, if you are a leader within your organization (hint: you are!), I encourage you to ask yourself this question to determine your own strengths and weaknesses.

Here are 3 of the most common leader archetypes to get you started.

I worked with a CEO a few years ago who remains one of the most visionary, and successful, leaders I’ve known.

He had a unique ability to see around corners, and spent most of his time in deep conversation with customers, partners, and innovators, asking them what they were seeing. Early every morning, he took an hour-long walk to the office, obsessing over a single question or challenge. When he arrived in the office, he had an idea ready to share with a colleague, and those ideas acted like rocket fuel for his entire organization. He was often the one pointing toward unexpected possibilities that sat on the horizon, raising the company’s ambition for greatness and sharing those enlivening perspectives with the rest of the organization.

His business would never have thrived had he felt compelled to spend 80% of his time double-checking the ledger or second-guessing his product team. Those just weren’t the places where he could add the most value.

If you’re a vision setter, be intentional about your involvement in the day-to-day minutia. We all have a fear of letting go, or a compulsion to remain part of every little thing, but be careful that you haven’t traded your critical ability to plan for the future in exchange for hours spent tinkering in the present.

I partnered with a very different CEO recently who had an unparalleled ability to design the underlying systems that would make her business, and her teams, successful.

Where others would see a cable knit sweater, she saw every strand of yarn, understood every stitch, and knew how pulling a thread in one part of the system would unravel another vital part of that same system. Her many superpowers included systems thinking, pattern mapping, and attention to detail. This was not a leader who wanted to spend her time on the speaking circuit or in the user experience lab—in part because she didn’t enjoy them, but mostly because she knew there were other people in the organization more capable of leaning into these areas. Like the visionary leader, her real value lay elsewhere.

If you’re an operational mastermind, don’t let people tell you that leaders should avoid getting into the details. While visionaries get lost in the weeds, operationally-minded leaders resurface from those weeds with the critical gem everyone else had overlooked.

I once worked with an extraordinary leader who made the proverbial journey from the mailroom to the President’s office by always putting his people first.

While his peers spent most of their time visiting customers, he chose to spend his days visiting remote offices and regional hubs, getting to understand the challenges, aspirations, and ideas of his teams. At first, this did not go over very well with other leaders in his organization. But he knew that though he could get closer to a handful of customers on his own, if he could teach an entire organization the art of customer intimacy, he’d help the company get closer to millions of customers. That’s why this leader spent his time finding and elevating each person’s hidden talent, creating new policies that made it easier for teams to do great work, and cultivating a culture of empowerment. Over time, his impressive results spoke for themselves.

If you’re a cultural evangelist, be prepared for your team’s objections that you’re not spending enough time “in the business.” If your greatest strength is building a high-performing culture and multiplying the talents of everyone around you, then make sure your team understands the value of this approach, and invite them to take on some of the other important leadership responsibilities you won’t have time for.

Of course, these are just archetypes and are purposefully reductive. No leader can thrive without some level of vision, operational genius, and cultural focus. The key here is to be keenly aware of your superpowers and play disproportionately to those strengths. You may be accountable for many things, but that does not mean you need to be personally involved in every one of them. Surrounding yourself with trusted people to whom you can delegate responsibilities that aren’t in line with your core strengths is often priority number one. And building a high-performing team of diverse, complementary superpowers usually comes next. The cruise ship won’t go very far with eight navigators and no one at the wheel.

Redesigning your role around your strengths may sound like a selfish act, but in the end this is about what’s best for your business. If you’re truly exceptional at something that’s vital to your company’s success, why impose artificial time constraints? What might happen if you spent an extra hour each day focused on that one thing? Or an entire day every week?

What if that one thing was actually your full-time job?

Jason believes that great organizations are purpose-driven, future-focused, and people-first. As a Managing Partner at SYPartners, he partners with visionary leaders to spark positive change, combining over twenty years of experience in strategy, culture, and design. Prior to joining in 2013, he held leadership roles at global consulting firms, launched successful ideation and communications practices, and began his career at a pioneering investment and innovation company.