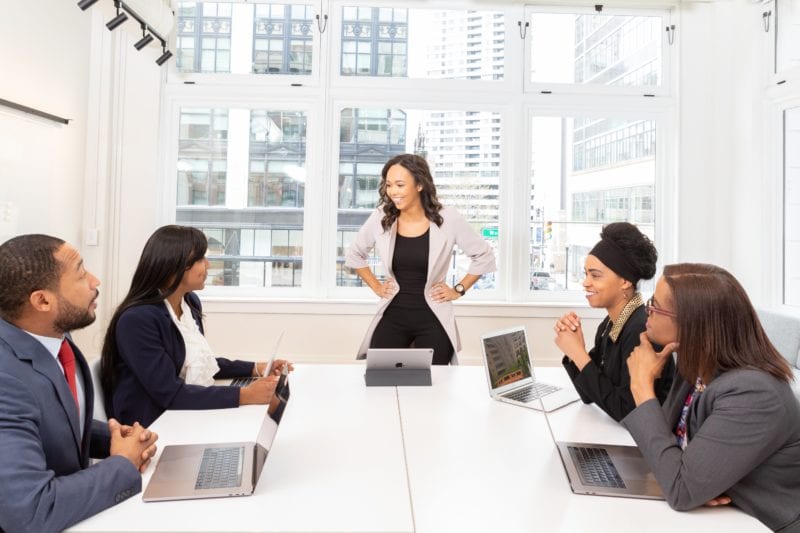 Here’s the unfortunate truth: despite encouraging advancements in female board participation, and despite recent waves of policy initiatives designed to promote gender equality at the executive level, gender diversity among corporate leadership teams remains dispiritingly low.

This study by CNN, for example, reveals that women hold just 5% of CEO positions in the S&P 500.

The problem, of course, extends beyond chief executive positions; according to The Wall Street Journal, women occupy just 16% of Fortune 500 company directorships.

In other words, the corporate society in which so many of us live and work is still largely patriarchal.

This has a variety of negative effects––the most prominent among them being the way it holds women back and, in turn, holds our workforce back. Unequal representation in the office makes it difficult for women to ensure their ideas are being heard and respected. And it fosters a status quo in which the women leaders who do earn leadership roles are largely expected not to lead, but rather, to simply comply with the whims of the men who make the “real” decisions.

This is something I’ve experienced first hand, having held a variety of senior management and leadership roles in large organizations, and it’s something I’ve actively sought to combat in my own workplace at World Changers.

Roughly four years ago, I instilled a flattened leadership structure, doing away entirely with the existing hierarchy.

The goal was to remove all systemic advantages and safeguards which, implicitly or otherwise, maintain the corporate status quo of inequality. You know, the typical top-down approach in which all decisions are made by a select few and efforts to counteract those decisions are easily stopped by bureaucratic means.

The result, I’m happy to report, has been a more open, more collaborative, and more equal work environment with increased female visibility.

Now, I will say, it took a little while to get here—especially at first. There was a certain reluctance to adjust a system which, at least according to economic metrics, was by and large working just fine. The key was positioning the change as a means of making everyone’s workload lighter and prioritizing more purposeful collaboration. The tangible benefits from a managerial and economic standpoint, in other words, had to be made clear. It had to be a decision that, above all, aimed to better the organization.

In time, we accomplished that. World Changers is now not only more equal––with more women occupying leadership positions on staff––but more profitable and efficient, too.

After all, it makes sense that the people who are actually doing the work of driving progress have a say in strategic decisions.

I’ve seen it play out, now––the difference between unequal, hierarchical leadership structures and more diverse, adequately representative ones. And what I’ve learned is this: equality empowers. When employees feel like their input and perspective matters, they come to work more inspired and more invested in your company’s larger mission.

This was shown at my organization by a fundamental shift in attitude across teams.

There’s now more engagement and more accountability, but above all, there’s more energy.

Removing the glass ceiling, in this sense, gave everyone on our team the audacity to aim high.

If you seek to diversify your own company, there are certain things you need to remember.

Enacting systemic change that uproots a structure and attitude that’s been in place for decades is hard work, and doing it successfully comes down to more than just messaging. It requires creating an environment of change––one that champions and prioritizes innovation and openness.

And that takes time. Cultural goals like increased equality can’t be achieved all at once or with the snap of a finger. It requires, among other things:

More granularly, it means investing in folks like middle managers for your new program, and striving to ensure that they understand the big picture goals informing your decision. It also likely means redesigning certain key processes and internal systems, and rethinking specific tasks and functions.

It can sometimes be tiring, but the truth is, actualizing progress to this end is often incremental. And you might run into road bumps along the way. Certain members of the old team may quit, for example.

But at the end of the day, that’s okay. To achieve something as important and as necessary as a more equal work environment, it’s worth it.