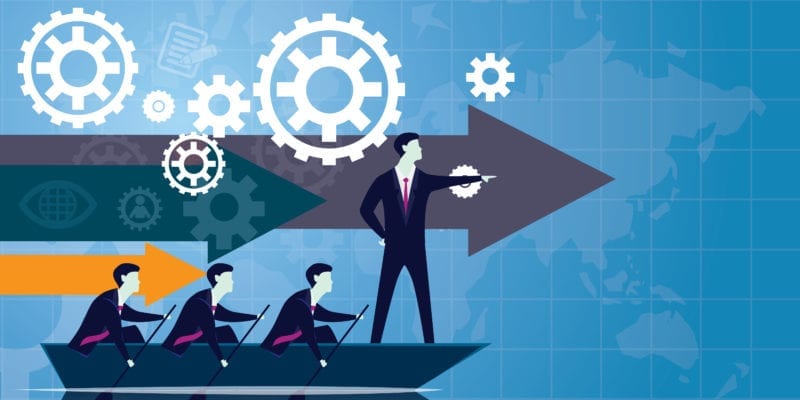 I was fortunate enough to have a number of great mentors who helped guide me and set me on the path to success when I was starting out in my career.

One of them, in particular, stands out because our relationship highlights a number of important points about finding the right mentor. We met after I spoke at an event and he decided to reach out to me. He was from Europe and his wife happened to be Swedish, as am I, so we were able to connect fairly quickly. Shortly after meeting him, I asked, “What can I do to help you?”

Now, this guy was incredibly successful. He had built two huge companies that he sold for millions. What he didn’t know how to do, however, was build a website. I did. So, I built him a website for free and told him he could just owe me one. It turned out his next door neighbor was a VP at Sony’s record label, and to “pay me back,” my mentor invited me to have a drink with his neighbor.

Next thing I knew, I was working on a project for Sony.

I’m not saying that you should automatically expect your mentor will connect you with someone important or give your career a major boost. But if you never put yourself out there and find a mentor to build a with, you’re ensuring you’ll never have that opportunity.

Here’s how I’d recommend going about finding a mentor who will actually make an impact on your life:

1. Look for someone who challenges you to challenge yourself.

A great mentor doesn’t give you homework. They don’t sit you down, tell you exactly what you need to know and then send you off with some specific problems to solve. That’s more of a coach.

A mentor is someone who pushes you and opens up your perspectives. They help you perceive problems in new ways, so you can solve them on your own.

Let’s say you have a difficult decision to make. A good mentor doesn’t necessarily say, “Do x, y, and z.” They tell you about a time they experienced something similar and what they learned from the situation. They talk about the different ways you could approach this decision.

The way I look at it, if I tell someone something, I could be wrong. So if I’m mentoring someone, my job is to help them realize what they want to do, or how they can go about doing it.

The best mentors make you think by offering a point of view you didn’t already have.

2. Find a mentor with experience in whatever you’re trying to achieve.

Ideally, a mentor should have experience in the field you’re interested in—sales, marketing, corporate management, law, medicine, whatever. Otherwise, it’s a waste of time for both parties.

For instance, I have a of friends who are plumbers. They’re great guys who are good at what they do, but I wouldn’t ask them for advice on building a software company.

That’s why before you even start trying to find a mentor, you have to know what you want to achieve. You need clear goals that someone can actually help you with. Otherwise, you’ll connect with someone, they’ll ask how they can help you, and all you’ll have to say is, “Hm, I don’t know.”

It goes back to the old saying, “When the student is ready, the master will appear.” Once you have clarity on what you want to achieve, and you’ve set goals to work toward, it becomes much easier to find someone to help you.

3. Consider what you can offer them just as much as what they can offer you.

The mentor relationship isn’t a one-way street. No one, in any scenario, likes to continuously give to someone else without getting anything in return.

The big issue here is that most people who are looking for a mentor are young, and they feel like they don’t have anything to offer.

I’ll say this a thousand times—you have something to offer.

It just may not initially cross your mind that it’s something a potential mentor may need.

Take the example of the guy who introduced me to his neighbor at Sony. There’s no way I could have helped him with scaling a company or selling it, and it’s not like he needed my help with that in the first place. But he was an old school kind of guy—I don’t even know if he has a smartphone. There’s no way he could have built a website for himself.

You shouldn’t have to jump through hoops or make this into a transactional relationship. But you should attempt to offer something in return, even if it’s just your energy, enthusiasm, and hunger to learn.

4. Seek out people who are successful without needing to show it.

Many people think of the “ideal” mentor as one of the many inspirational people they see online—someone like a Gary Vaynerchuk or Tony Robbins. And yeah, those guys are very successful and would likely be great mentors.

But they also get 10,000 emails a week asking them for advice and mentorship. Your message is going to be a drop of water coming out of a firehose.

Here’s the secret:there are plenty of people out there who have been just as successful in life, but don’t have an Instagram account. They don’t have a Facebook profile because they have $300 million in the bank, and they’re not seeking any external validation. Their business isn’t necessarily built around a personal brand.

It may be a little more difficult to find these people online, but that’s the point. If they have a blog, read it. If they do regularly post on a specific site, follow them. Comment on their posts. Share what they write. Learn about what they’ve done and whether they might be a good fit for you as a mentor.

And then, once you’ve put in the effort to learn about this person, reach out to them.

5. Don’t be afraid of reaching out or being rejected.

So many people are terrified of reaching out to someone and asking for advice. And unfortunately, they allow the fear of being rejected to control their decision-making.

Never, ever, let fear rule anything in your life.

A former mentor of mine had a unique take on rejection. He told me, “I actually love rejection because I look at it like harvesting pearls. Sometimes I have to open 99 oysters to find a pearl in the 100th. Which means every ‘no’ I get brings me closer to a ‘yes.’”

Start your search with something quick and easy. “Hey, I really enjoyed your article. I had a question about something you wrote. Can I email you?” If they say yes, ask away. Maybe send them an article on the topic you think might interest them.

And like that, you’re having a conversation with someone you admire.

The important thing to remember is that when people do reject your outreach, it’s almost never about you.

It may simply have been the wrong time. Maybe their dog was sick. Maybe they had a big family vacation planned. Maybe they were just busy.

There are so many variables in people’s lives that it’s crazy to beat yourself up because someone didn’t want to be your mentor.

6. Realize the best mentorships turn into friendships over time.

When I was younger and building a career for myself, I had what most people think of as a classic mentor relationship with older people in my field.

Now that I’ve had some success and gotten a little older, the relationships I have with people have changed to a degree. It’s no longer a formal mentor relationship—I think of it like having very successful friends that I ask for advice from time to time.

Instead of seeking out mentors, it becomes more about surrounding yourself with people that are much smarter than you and showing them you actually have something to offer.

And as you get a little older and more successful, you’re going to start seeing familiar emails show up in your inbox. Except for this time, you’ll be the one answering:

“Hey, I really liked that article you had in Forbes. Would love to pick your brain on something if you’ve got a few minutes…”

This article originally appeared on Lifehack.