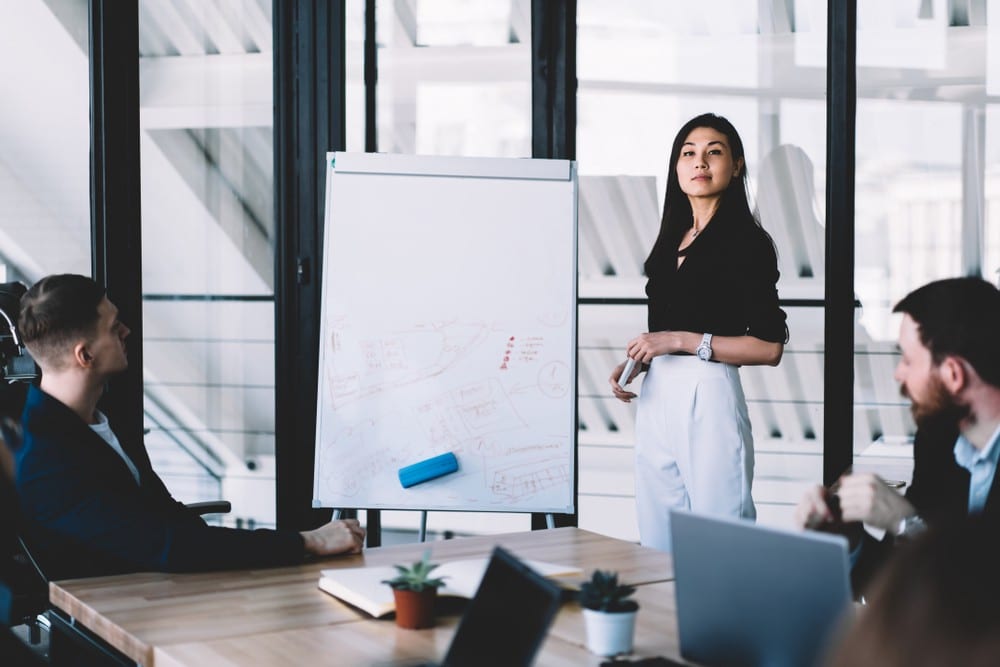 I was recently talking with a friend and fellow CEO of a biotech startup, and he told me an interesting story about his experience taking on the role.

He said the moment he came on board, investors started asking him about the company’s problems and questioning him about his plans to fix them.

He was a bit taken aback.

His initial reaction was, “Wait a minute, I just got here. You’re the ones who made all these decisions in the first place.”

That’s not a unique experience. The same thing happened to me. Once I took over as CEO at my current company, one of the venture investors peppered me with similar questions at the second board meeting.

I thought to myself, “Huh? I just got here.”

Most people don’t realize there’s no transition period when you take on a new leadership role. There’s no honeymoon.

The company’s problems become your problems almost immediately, and everyone is looking at you to do something about them.

It’s not easy to step into a leadership role, especially if you’re moving into a position that you’ve never held before.

Here’s how to make the transition a little smoother:

New executives usually aren’t brought on when everything is going swimmingly.

Leadership is replaced when there are problems that need to be addressed, which means you’re entering a situation where you have to make some unpopular decisions.

No one wants to walk into a company and immediately be disliked. In fact, most people tend to avoid unpopular decisions like the plague.

That actually might be why you were hired — someone higher up didn’t want to do the dirty work themselves.

What often happens is, the person stepping into a new role has big plans for change. But almost immediately, they become acclimated to the environment and the way everyone does things at that business.

They end up making a few changes, maybe even letting a couple people go, but the majority of what they intended to do goes unfulfilled.

If you know serious changes are necessary, you can’t allow entrenched interests or ways of doing things derail you. You have to stay on course because it’s the only way to avoid trouble later on.

Take the pain that comes with tough choices.

Pain is always tough to handle, and our natural instinct is to avoid it. But doing so always leads to even greater pain later on.

It’s better to have a day of reckoning now than to let issues fester into much larger problems.

If you’re not a confrontational person, it’s difficult to fight your instinct and take the pain. I had to get over this when I first stepped into my role as CEO. At the time, the company was already working on a few programs that were going well. But the more I examined them, the more I realized they weren’t going to take us where we needed to go.

They didn’t fit the long-term goals.

I made the decision to kill them and start fresh, and that was an extremely hard choice because the illusion of progress is important for a startup. Investors want to see continual movement forward.

It’s generally not a great strategy to kill all your products once you join a startup. I didn’t know how people were going to react, but I did know that I had to own my decision. If it wasn’t the right call, that would be on me.

The trick is to reframe these issues in your mind. Think of the long-run, of how much harder it will be to make these decisions down the line.

You have to stop an initiative three months in instead of three years in.

Keep the potential pain in the forefront of your mind, and you’ll be able to make the tough choices sooner rather than later.

Create a plan so people can adjust to your leadership.

People don’t like change. You can generally count on a team being resistant to it under new management.

That can become an issue if you’re stepping into a role which requires you to make some drastic changes in the way a company does business.

What you may not realize is people can actually tolerate a lot of change as long as they see the reasoning behind it. If you can show them your plan, people are often willing to go along with some unpopular decisions.

But as soon as it looks like you don’t have a plan — like every decision is arbitrary — then the situation becomes really toxic. That’s when people revolt.

To prevent that, be clear with your team. Bring them into the decision-making process as much as possible. Make them a part of what you’re doing, rather than forcing them to be passive actors who bear the brunt of decisions passed down from on high.

It’s never easy walking through the door, knowing you have to make changes to the way a company does business. But that doesn’t mean it has to be a terrible experience.

It all comes down to how you handle the situation and engage with your new colleagues.