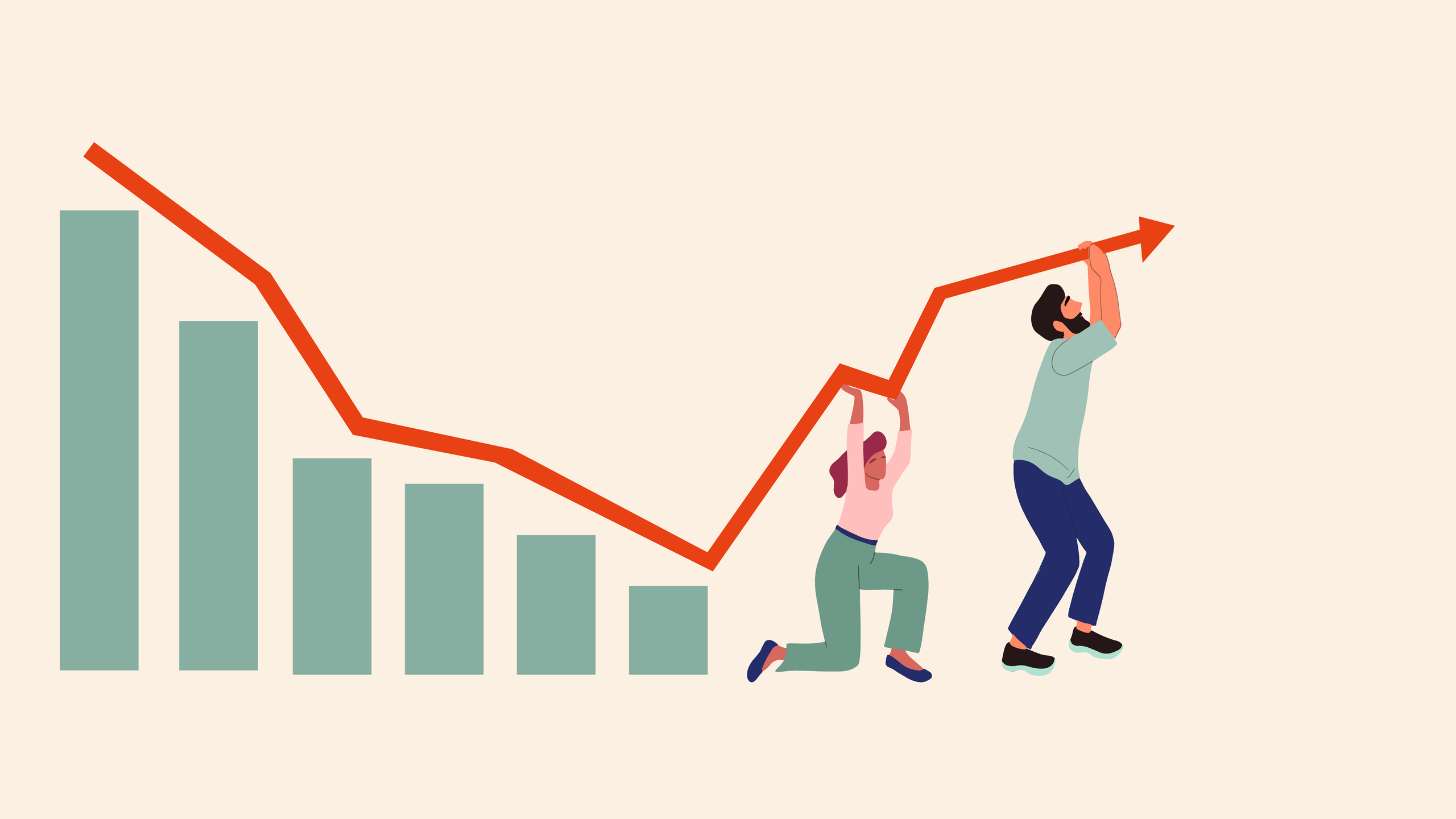 At this point, the recession we’ve all been worried about seems inevitable.

Inflation has been climbing since September 2021, jumping from 5.25% to 8.28% during that period—the highest it’s been since the early-1980s recession. Dozens of companies have instituted hiring freezes. The 2/10 spread went negative, which has historically been a near-perfect omen of recession.

The conversation should no longer be about whether a recession is coming. It should be about what to do when it arrives.

And if you’ve got solid cash reserves, there are ways to turn recession into opportunity.

Back in February, when serious warning bells were starting to go off, I started trimming Hydros’s overhead and making us leaner. With the storm now truly approaching, we’ve got more runway, a lower burn rate, and a greater ability to take some hits and make some moves that our competitors can’t.

If you’ve done the same, or have raised capital and have cash on hand, here’s what I recommend:

1. Make cuts. If you haven’t already started trimming overhead as much as possible, now’s the time. There are some pretty universal recession protocols that I think apply here: cut spending, cut anything that has a theoretical basis, and prioritize things that generate positive cash flow.

No one likes layoffs, but if you sense an existential threat to your business, they might be necessary. The goal here is to maximize your cash reserves while keeping your company vital enough to make strategic plays.

2. Prepare to hire during maximum market pessimism. I don’t necessarily think it’s time to hire yet. But the labor market has been overheated for a long time, and I foresee a significant cooling sometime in the next three to six months.

There are still about 11 million job openings in the U.S. alone and not nearly enough people to fill them. That number has to drop by 30-50% before you start seeing really good values in the labor market.

I believe that number will start falling at the moment of maximum market pessimism. Hiring freezes will decrease the number of job openings, and inflation will reduce people’s spending power to the point that they can no longer abstain from the labor market. Companies will have fewer jobs to give, and unemployed people will want them more.

3. Eat margin and don’t raise prices (even drop them if you can). During the ’08 financial crisis, my dad ran a mortgage insurance firm. At the first pang of the downturn, their share price went from $60 to $0.60. But it didn’t destroy them because my dad had seen the warning signs and de-leveraged their portfolio in advance.

His clean book of business enabled him to access capital and spend while others were going into survival mode. He hired, developed new products, and gobbled up market share that made his company’s recovery much faster than his competitors’ (some are only now recovering, 15 years later).

If you’ve got the cash to take some margin hits, this is a perfect opportunity to steal market share from your competitors. Consider lowering prices to gain a competitive advantage. It might come at a higher short-term cost than you’d like, but it will pay off from a lifetime value (LTV) perspective. The brands that show up in tough times mean much more to their customers in the long run. You earn loyalty through sympathy, and loyalty is the backbone of LTV.

Contrary to what your parasympathetic nervous system might be telling you, downturns shouldn’t be cause for panic. If you overspent during good times, maybe it is, but if you’ve got sound fundamentals and prudent leadership, you know it’s a litmus test that every long-term successful business goes through. Trim unnecessary overhead, hire when pessimism reigns, and take some hits to gain valuable market share.