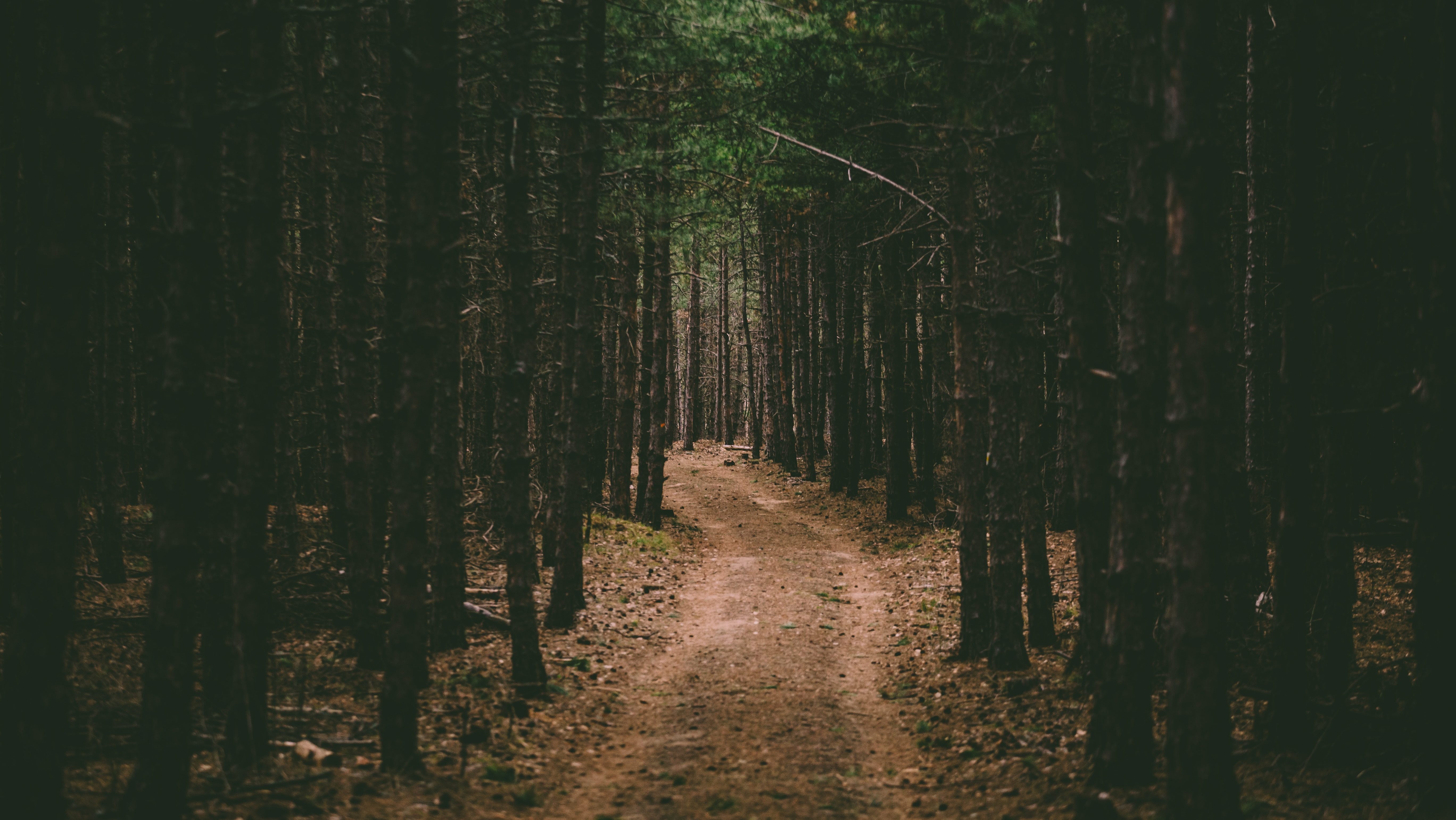 When it comes to ambitious goals, it can seem tempting to take advantage of shortcuts as they present themselves. In spite of this, “the long road”, or the path that involves greater effort, planning, and commitment, typically reaps greater rewards, even if it takes more work.

Some shortcuts are legitimate, and save you valuable time, such as hiring someone who knows how to do a task rather than spending hours of your own time to do it. Other shortcuts may appear to save you money or reputation, but carry much steeper costs down the road.

When it comes to shortcuts, one of the most attractive in my world––cannabis––is compliance; the assumption here is that it is only a problem if you get caught, so don’t get caught. And if you aren’t doing anything wrong and you do get caught, you probably won’t have any issues.

Unfortunately, as a CEO in the cannabis industry, business owners like myself are largely treated as if you’re in the wrong from the beginning, and digging yourself out of allegations can be a costly process. In any industry, and especially when working with locally-compliant businesses like those in the cannabis industry, these compliance costs may seem like low hanging fruit on a budget report when it comes to cutting the fat. In reality, the decision to overlook compliance will make you and your business an easy target for regulatory agencies looking for quick ways to boost their numbers.

As someone who hosts events in the newly legal cannabis space and works with licensed brands regularly, compliance has always been something we strived for, much to the amusement of many. In an industry with roots in noncompliance (it was completely illegal until the mid 90s), large amounts of product at a cheap price are often seen as more valuable than smaller amounts of compliant product at a slightly higher price. Often, our commitment to staying legal has made it harder to host, and even promote, our events in the short run, but it has allowed us to continue to grow exponentially faster.

Over the past few years, my commitment to the long road has been reenforced time and time again. The following three occasions are poignant examples of why the longer, more challenging path puts you ahead of those that attempt to shortcut the trail.

My first meeting with a sheriff as a cannabis event organizer did not go as planned.

Over the past few years, I’ve had the opportunity to throw multiple events in Park County, CO due to their somewhat lenient laws surrounding small gatherings and events. Park County is not a cannabis-friendly county, and has made that expressly clear through its near prohibition of large-scale cannabis events, public or not. Per county ordinances, though, any gathering under 150 people circumvents this restriction and is not subject to the permitting process other events must go through. As a result, small gatherings often do not pay attention to aspects of the event like noise, waste, and traffic control. When we throw CannaVenture® events, we make sure to have a plan in place for aspects like these, regardless of the additional costs, in an effort to minimize issues with neighbors and code enforcement.

As word spread of our events, the Park County Sheriff’s office caught wind and promptly sent preemptive cease and desist orders to the landowners and myself. The reasoning? They believed our event was larger than the county allowed and that we had not accounted for it being a residential property. Rather than engage in an ongoing email conversation, I personally stopped by the county offices to speak to county regulators about zoning, event, and land use laws. After explaining our policies and procedures for keeping attendance below our maximum capacity, accounting for waste through portable restrooms, and traffic mitigation efforts such as a shuttle between properties, the county backed off. This isn’t to say that they approved of the event by any means, but they stopped their inquisition into upending out efforts. Our decision to take the long road, in spite of the financial costs, allowed us to continue with our event planning and execution without the costs that would have been associated with finding a last-minute location, dealing with messaging confusion, and making sure attendees showed up to the right property.

CannaVenture would later become the subject of special investigations by the Marijuana Enforcement Division (MED).

Last year, one of our events in particular drew the attention of Colorado’s cannabis regulatory agency, the MED. We were in discussions with a prospective sponsor who inquired with the MED about what they were allowed to do for events. The MED then launched a special investigation, with regulatory agents calling my entire list of licensed sponsors, to find out what the event was, what was happening, and attempt to scare any brands that might have noncompliant plans.

From the beginning, we had been dedicated to complying with MED event rules. The newly legal cannabis industry had (and still has) plenty to figure out when it comes to best practices, but it was obvious that a few procedures were an absolute must, including the decision to move away from unlicensed cannabis brands, as well as to avoid certain sites  due to their national land designations.

In the short run, turning down money from people who want to support you can seem like an insane choice. As we know, if there isn’t money coming in, then all of the funds must come out of reserves or your personal finances. From a long road perspective, though, the decision to work with only those that comply with local laws sends the message to compliance entities that your business is one whose model and vision aligns with theirs, which makes your offerings more attractive. Additionally, our decision to avoid national lands for our events whenever possible has ruled out many popular trails, destinations, and campgrounds. In the short run, we probably wouldn’t have had issues if we were discrete. In the long run, however, this aversion has allowed us to expand across the country, rather than having been shut down early due to the crippling nature of legal issues. We have also gone to great lengths to include disclaimers that satisfy relevant regulatory agencies and, unlike many events, our entry fees do not include cannabis, which is made explicitly clear.

These decisions deterred many from giving us a chance in our early stages, but our dedication to compliance is the reason that the MED concluded its investigation with an approval of our efforts as compliant. They found no issues and appreciated our transparency throughout the process. Unlike many who lawyer up and block inquiries, we were able to quickly and easily resolve the issue because we had nothing to hide and we were open about how we ran our efforts.

Long term compliance has even allowed us to obtain event permits from multiple city governments.

My heart all but stopped the first time that I received an email from a park ranger in connection with one of my events. For the first time ever, we had decided to begin promoting our events on MeetUp, and had seen a positive response from the platform’s audience. With a new platform, however, comes the risk of potentially alerting those that may not be in favor of your efforts.

The first email I received from a park ranger stated that authorities had been made aware of a cannabis event taking place in their park and reiterated that cannabis consumption was illegal in public, including in the parks. He also stated that permits were required for events of this size, and, since we had no permit, we either could apply for the permit or cease and desist.

All of our event postings disclaim illegal activity and explicitly convey our policies regarding public and private consumption. Again, these policies have previously deterred attendees from joining us and sponsors from participating, but they are what sealed the deal when working with both Boulder and Fort Collins parks departments. Both agencies recognized our efforts to encourage complaint cannabis activities and accepted our disclaimers as satisfactory enough to be granted official permits for our cannabis-related events on public property.

In the short run, we could have ignored the email, rescheduled the event or made it appear as if it was canceled. This would have maintained appearances for our audiences, but it would have also added an unnecessary risk. Had we run the event without the permit, attendees could have been cited and/or fined, and our organization could have been prohibited from hosting future events in those jurisdictions, which would have made our future efforts that much harder. Instead, we took the long road and made sure to comply and receive our permit, which has opened up new opportunities for our hikes and events in other jurisdictions who look to Boulder or Fort Collins for precedent before acting.

What I’ve learned these last few years is that shortcuts are attractive to a small group in the short term, but the long road is respected by many for years to come. Sure, you can throw a cannabis event that allows blackmarket cannabis sales, public consumption, and violates local regulations, and you might attract a large crowd the first time. But you’ll make subsequent efforts exponentially harder on yourself as regulatory agencies start to diminish your attendance. Rather, it’s often better to start small, with a loyal audience that understands your efforts and work towards communicating your message on a grander scale, rather than attempting to please everyone at the expense of future growth.

Ben Owens is a cannabis strategist and journalist based in Colorado. His articles on cannabis events, the burgeoning cannabis industry, and the counter culture as a whole have appeared in numerous publications. Owens is the author of Stoner Survival, an introduction to the great outdoors for cannabis consumers, and founder of CannaVenture®, hosting regular outdoor events for cannabis enthusiasts including hikes, campouts, and disc golf tournaments throughout the country.